Can watching Fahrenheit 451 cause your television to catch fire? Sounds farfetched, but no more so than the presence of a fire poltergeist. That’s one of the possibilities being considered in the ongoing investigation of mysterious recurring fires in a home in the Thu Thua district in the Mekong Delta region of Vietnam that have destroyed televisions, radios, phone chargers, clothes, chairs, plastic baskets and many more items. Is this a case of spontaneous plastic combustion? Psychokinesis? Arson? Gas?

According to various Vietnamese media sources, the fires seem to have started on or about May 10 at the home of Nguyen Van An in the low-lying Long An district in southern Vietnam. While An claims this has never happened before, it appears there may also have been mysterious fires occurring in the same village in 2011 at the home of Nguyen Thi Luong. The accounts are similar – while sitting in the house, the family hears crackling and finds a fire … in a closet, in a room, even in front of them. (Photos here.)

Because of the frequency of the fires at the home of Nguyen Van An, local government officials called for investigators from the Department of Science and Technology of the Long An province. They reported that the most common items catching fire were made of plastic, not wood, paper or other highly flammable materials. The objects inflamed only during the day and only inside the house or in a back garden. The investigators found no presence of natural or synthetic combustible gases, no radiation and no evidence of accidental combustion due to sunlight passing through glass.

Ruling those things out, that leaves … fire poltergeists? Not yet. Nguyen Van An was suspected of setting the fires to collect insurance, but there was no evidence of arson. Some of the media coverage refers to “superstitions,” “fire invisible god,” “mysterious fires” and “the bad guy spell Cha" (Google Translate is helpful but far from perfect). The website TheFortean.com suggests the cause may be fire poltergeists, which it says are relatively common in Asia, Africa and Middle Eastern countries but rare in the West. While not recently, there have been a number of fires suspected to have been started by poltergeists in the U.S. 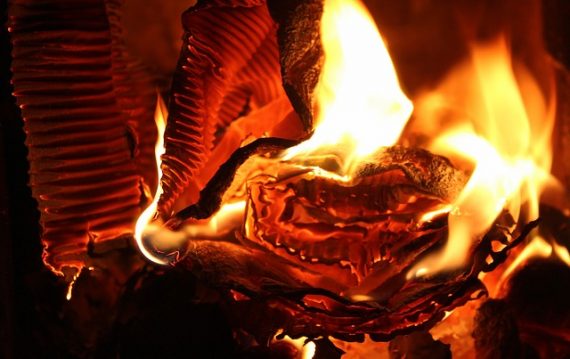 Because arson investigation is not a perfect science and fire tends to destroy evidence, mysterious fires that aren’t caused by the equally mysterious spontaneous human combustion are sometimes controversially blamed on paranormal entities. That can be the ghost of someone who died by fire, one who knows how to short out microwaves or electrical equipment, or even a human with the (unproven) power of pyrokinesis – a term coined by Stephen King to describe the ability to start fires with the mind, the plot of his early novel “Firestarter.”

What is causing plastic objects in the home of Nguyen Van An, and possibly others, to seemingly spontaneously burst into flames? Anyone? Anyone? Stephen?

Your Dentist Can Smell Your Fear – And It Leads to Mistakes