If you’re planning a volcano-watching trip to Hawaii's Mount Kilauea and you want to find it using something other than its lava flow, it may behoove you to use your GPS rather than a good old-fashioned compass. Explorers, scientists, orienteering competitors and others dependent on magnetic navigation have discovered that their compasses point in the wrong direction as they approach Mount Kilauea. Is this yet another cruel trick being played by the goddess Pele on those who steal her volcanic gases and lava rocks?

Actually, the suspected reason for this mysterious magnetic mayhem is more scientific than folkloric but still puzzling. The news comes from The Daily Express and, while it’s not exactly current news nor related to the current lava flow, it’s interesting and possibly frightening to those who believe the Earth may soon flip its magnetic polarity, causing real havoc far greater than the revenge of Pele. Mount Kilauea appears to be one of the few volcanoes with this compass-reversing power and The Daily Express traced the cause to a 2008 study by Brad Singer, a geology professor at the University of Wisconsin–Madison, and paleomagnetist (talk about specializing) Kenneth Hoffman.

“When the lava flows erupt and cool in the Earth’s magnetic field, they acquire a memory of the magnetic field at that time. It’s very difficult to destroy that in a lava flow once it’s formed. You then have a recording of what the paleofield direction was like on Earth.”

In other words, the iron-rich lava rocks underneath Mount Kilauea and places Singer and Hoffman studied, including Tahiti and western Germany, are a picture of what the Earth’s magnetic field looked like when they solidified. In Kilauea’s case, that was over 780,000 years ago – just prior to the last polar flip known as the Matuyama-Brunhes reversal. According to experts, these magnetic reversals have occurred every 450,000 years. Let’s take a moment to do the math.

OMG! We’re all going to die because of flipping compasses and it’s Pele’s fault!

Well, yes, possibly and no. Recent satellite studies by the European Space Agency (ESA) confirm that the Earth’s magnetic field is shifting, which means it’s weakening as the magnetic poles move away from the true poles. Even worse, it appears the field is weakening 10 times faster than once thought. Of course, we’re talking about the flip occurring over tens of thousands of years, right? Right? RIGHT? 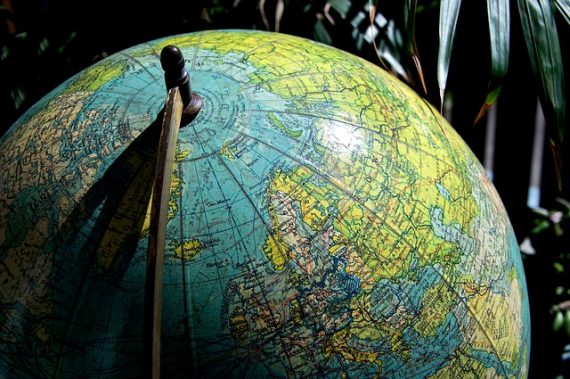 Now things get scary. A 2014 study showed that the Matuyama-Brunhes magnetic reversal took less than 100 years. Even worse. It doesn’t appear that the shift was caused by a catastrophe like an asteroid strike – it just happened.

Well, it doesn’t take a rocket scientist or a geologist to figure out that changes in the magnetic field will wreak havoc on electrical grids and satellite communications. Even worse (are you tired of this phrase yet?), the weakened magnetic field means it will be less able to protect Earth from solar particles, cosmic rays and the stuff that could really kill us … or at least cause genetic mutations, climate change and more.

Is there any good news? While the last flip took under 100 years, the instability buildup period lasted around 6,000 years. While we may already be in it, it doesn’t appear we’ve been in it long. On the other hand, Mount Kilauea may not be messing with the magnets but it’s definitely whacking out the weather. The Hawaii National Weather Service has issued an extremely rare Winter Weather Advisory alert as the hot lava hits the ocean and turns it to steam which rises, cools down and falls back as fog and freezing rain, creating icy road conditions in paradise.

Whether it’s caused by geology or goddesses, things are not looking good in Hawaii, at the poles and all points in between. Even worse ...