Sprawled out over approximately 3,470 square miles of desert and prairie badlands in the U.S. state of South Dakota is the Oglala Lakota Native American reservation known as the Pine Ridge Indian Reservation. The area is imbued with a rather dark history, such as being the location of the infamous 1890 battle at Wounded Knee, where U.S. soldiers mercilessly massacred hundreds of Lakota Sioux, including scores of women and children, in a bloody assault. Here is also a place of natural splendor and surreal views of hills, plateaus, and prairies, as well as many legends, myths, and mysteries, inhabited by the Native people, a diverse array of flora and fauna, and by some accounts a supernatural denizen from beyond our understanding.

One very eerie phantom that is said to have long prowled this region is a mysterious dark shadow-figure known to wander about in the night on inscrutable errands. Commonly called “Walking Sam,” as well as “Big Man” and “Tall Man,” this entity is said to be around 7 feet in height, with a lanky build, long arms, and a face devoid of any facial features, although descriptions can vary. In some cases, the apparition is said to have two glowing red eyes, in others he is described as wearing what appears to be a cloak or a stovepipe hat, while in others still it is merely an amorphous humanoid shadow. One weird description of the entity was written of in Peter Mathiessen’s 1983 book about Pine Ridge, called In the Spirit of Crazy Horse, in which he gives an account by a Lakota medicine man thus:

There is your Big man standing there, ever waiting, ever present, like the coming of a new day… He is both spirit and real being, but he can also glide through the forest, like a moose with big antlers, as though the trees weren’t there… I know him as my brother… I want him to touch me, just a touch, a blessing, something I could bring home to my sons and grandchildren, that I was there, that I approached him, and he touched me.

This wandering wraith is speculated to be everything from a ghost, to a demon, to some supernatural figure such as a Skinwalker or Shadow Person, but in every case it is described as being distinctly evil. Sometimes it is seen merely wandering aimlessly about, as if searching for something. At other times it has been seen walking along roads, even hitchhiking, and in more sinister reports it is said to kidnap people to carry them away into the night. In every case it is seen as a menacing, malevolent entity to be avoided. One possible account of Walking Sam comes from a witness who was driving one evening just outside of Eagle Butte, SC, when he was allegedly confronted by two frightening being described as being translucent and with hideous visages. He would bizarrely describe the entities thus:

It was glowing like a real dim light bulb causes you can see through it. Eyes were size of human, really long nose long in length. It has a really big mouth. Its arms were like sticks. They were parallel through each other. The two sticks looked like it was glowing. It was around 4-foot-tall, but its arms stretched. The other one, on the left hand side of the road had a face like a beast, horrifying, ugly, looked wrinkly, walked like a squat about the size of a goat. It was glowing too, reddish brown. It was wide and narrow.

Even weirder than this confusing description, one of the creatures apparently phased into the witness’s car and rode along with him in the passenger seat for several miles before vanishing into thin air. Another report was from someone who reached out to me in response to my own experience with a roving band of strange individuals, who claimed that he had had a somewhat similar experience, this time in South Dakota, not far from the Pine Ridge Reservation, in fact. He claimed that he had been driving along at night and that he had seen a dark, hunched over form pacing about at the side of the road, who seemed to be hitchhiking. When he pulled over he had been met with the sight of a very tall, lanky man dressed in a cloak and top hat who did not have a face, and who approached the vehicle to demand to be let in and given a ride, even banging on the side of the vehicle. The witness drove off in a panic, and when he later relayed his experiences to locals he was told that this was “Walking Sam,” the "Tall Man." This was indeed the account that spurred me to look into this to begin with, as I had never heard of it before. 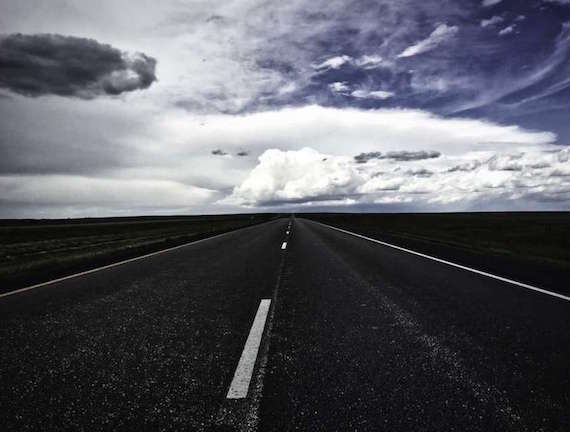 It seems that in some recent accounts the specter has been blamed as appearing to people in order to encourage them to commit suicide. In 2009, teenagers on the Pine Ridge Indian Reservation began to report of being approached by a very tall, wraith-like shadowy figure which they claimed was Walking Sam and who reportedly spoke to them and told them to kill themselves. During these encounters the victims claimed that they had felt mysteriously compelled by the being’s words, as if some command was worming into their brain to force them to bend to its will. Many of the people of the area truly believe that this is more than just superstition and folklore, and that this is literally a real entity that is on some dark mission. One tribal elder made a statement during a tribal council meeting, claiming that even the police knew of this phantom, which blogger Mike Crowley wrote of thus:

The woman, who was elderly but otherwise quite lucid, described Walking Sam as a big man in a tall hat who has appeared around the reservation and caused young people to commit suicides. She said that Walking Sam has been picked up on the police scanners, but that the police have not been able to protect the community from him. She described him as a bad spirit. She wanted help from Washington with foot patrols for the tribal communities to protect them from Walking Sam.

If any of this is true, then it apparently worked on at least some occasions, as throughout the years there were more suicides and in 2013 there was a spate of 5 suicides on the reservation. By 2014 it was reported that there were at least 103 official suicide attempts on the reservation over a period of several months, although some claimed it was more like 240, and nine of these between the ages of 12 and 24 actually succeeded. Many of these were carried out by hanging, and eerily it was claimed by Oglala Sioux tribe Vice President Thomas Poor Bear that there had been found nooses hung out in the wilds near a place called Porcupine, and that when authorities had gone to remove them they had found that a group of teenagers had congregated there for the purpose of committing a mass suicide. Of course, according to them Walking Sam had told them to do it. 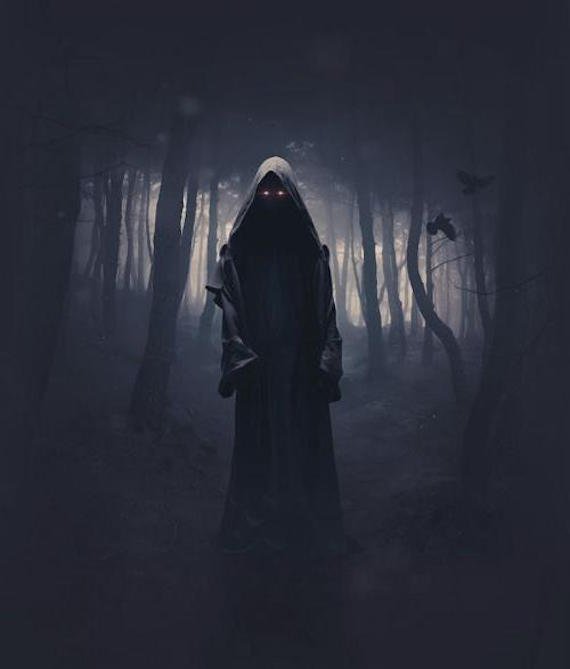 While many people of the area attribute all of this to a mysterious phantom interloper, there are others who see this as just a vestige of folklore intertwining with the rampant poverty and drug abuse seen on the reservation. After all, this is one of the poorest areas of the nation, with more than 60% living below the poverty line and many turning to drugs or alcohol to try and drown their sorrows. In addition, much of the badlands this region encompasses is wholly unsatisfactory for farming, there is little clean water, medical care is poor, and this might as well be a developing country situated right in the United States. In light of this it seems that the suicide rate is bound to jump, as people with no way out make one for themselves, and indeed the suicide rate for reservations such as this are well above the average. In this sense, perhaps the existence of “Walking Sam” may be a way to explain the reason for all of this misfortune. Mike Crowley has said of this:

Walking Sam may be just one such explanation that resonates among some of the Lakota for teen suicides… [It] shouldn’t distract the reader from the fact that people on the reservations are distraught… Whether Walking Sam represents Bigfoot, an evil spirit, or is just a manifestation of the fear that people have about losing their loved ones to what seems an incomprehensible type of event, the teen suicides are real.

In the end we are left to ponder just what it is that is going on here in this sparsely populated stretch of desolation. What sort of ancient spirit is stalking these lands, and does it have any connection to any phenomena reported elsewhere? Could this be Skinwalkers, a ghost, a demon, or some other supernatural entity from lore? Or is this all just Native superstitions, myth, and urban legend? There is really no way to know, but the people who have witnessed this dark stranger certainly seem to be convinced of what they have seen. Whether it is all real or not, one is left to wonder if this tall man with no face, this "Walking Sam," is really out there wandering the wildernesses of South Dakota, and if he is, just what he or it wants.

Neanderthal Brains To Be Implanted in Robots to Create Cyborg Cavemen