Indonesian Woman Meets 23-Foot Python and Only One Survives

It’s not news when there are snakes on a plane – whether real or cinematic. It IS news when there are plane passengers in a snake … and that’s the sad and scary report out of Indonesia where a near-record-setting python became the second known member of its species to completely consume a human being.

"The python snake in the Sulawesi region can be very large and long because it is the highest predator in the food chain, and its mammals are also large pigs like pigs, making python in Sulawesi different from python in Sumatra, because there are other predators like tigers. "

A wildlife expert also told local media that these reptilian giants can swim too. That did not deter 54-year-old Wa Tiba, a resident of the Muna regency in the southwest part of Sulawesi Island, who reportedly went alone on June 15 to inspect her corn plantation (some reports refer to it as a “garden”) after suspecting that wild boars were destroying her crop. Little did she know that huge, vicious pigs would be the least of her worries that day.

When she did not return by the next morning, her family notified the police and formed a search party, which found her torch, slippers, machete … and a massive, 8-meter-long reticulated python with a bulge that contained their worst nightmare.

"When they cut open the snake's belly they found Tiba's body still intact with all her clothes. She was swallowed first from her head."

A graphic video (seen here) was made of the sad and gruesome discovery. Wa Tiba’s body was buried immediately per local custom, and then her family, friends and neighbors had to deal with the realization that their island is home to man-eating pythons. This is the second instance of a snake consuming a human whole in just over a year -- 25-year-old palm oil farmer Akbar Salubiro, also of Sulawesi, was found in March 2017 inside the stomach of a 7 meter (23 ft) reticulated python, making him the first known human to be swallowed whole by a giant snake.

Reticulated pythons (Python reticulatus) are common on the islands of Southeast Asia, particularly because of their excellent swimming ability. The area of Wa Tiba’s corn plantation, just a kilometer from her home, contains caves and seaside cliffs known to house pythons. As expected, development is putting them closer to humans and taking away their preferred foods, so python-person encounters like these are expected to rise.

And, like everything else on this planet being exposed to growth hormones used in the commercial food industries, they’re probably getting bigger. The official Guinness record for the largest captive python belongs to Medusa, a 7.67 meters (25 ft 2 in) python reticulatus owned by Full Moon Productions Inc. in Kansas City, Missouri. In the wild, a python caught in 2016 in Malaysia was estimated to be a record-breaking eight meters (26.2 feet) but died after a day before verification could take place. As far as we know, neither the folklore tales (after elimination those CGI and distorted perspective photos) or reported but unverified sightings can match Titanoboa (Titanoboa cerrejonensis), the 40 feet long (12.2 meters), one-ton monster snake that ruled Colombia and parts of South America 58 million years ago. 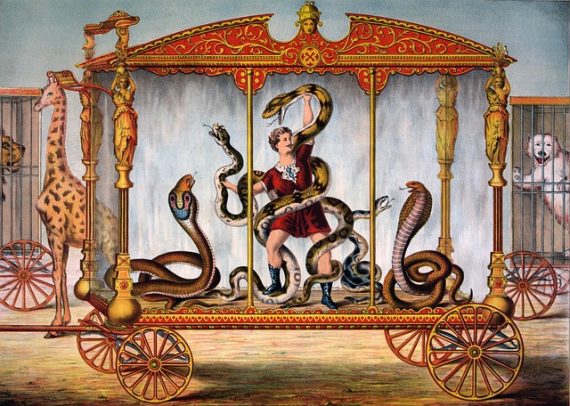 It’s believed that poor Wa Tiba may have already been deceased or at least badly injured when she was eaten by the giant python. That’s little consolation to locals who have been told by police and wildlife officials to take dogs with them when they inspect their farmlands.