Cryptozoology stalwart Nessie might seem old fashioned compared to some of the more modern mysteries and wonders, but that hasn’t stopped the legendary creature from continuing to poke its head or tail or...whatever from the cold waters of Scotland’s Loch Ness now and again to give us all a glimpse of something truly magical. Or perhaps truly misleading. While there are scores of alleged Nessie photographs out there, definitive proof of the plesiosaur-like beast remains elusive even in our age of ubiquitous cameras. Could there really be a large unknown creature beneath Loch Ness? 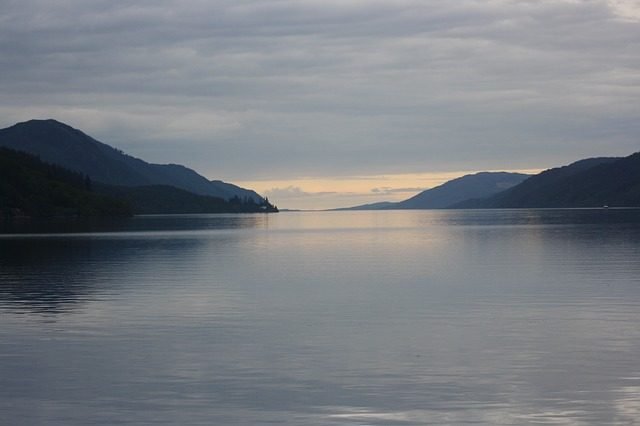 To try and put the Nessie question to rest, a group of scientists recently announced a plan to test the waters of Loch Ness for traces of environmental DNA, the little bits and pieces of genetic material which are left by living things in soil, water, or air. The University of Otago’s Neil Gemmell, the head researcher on the project, remains skeptical that the project will actually prove the existence of any legendary cryptid:

I suspect we will find no monsters, but will have a lot of fun explaining the process as we go along … While the prospect of looking for evidence of the Loch Ness monster is the hook to this project, there is an extraordinary amount of new knowledge that we will gain from the work about organisms that inhabit Loch Ness – the UK’s largest freshwater body.

The results of that expedition are expected to be released in January. However, it seems that some members of Scotland’s government and private sector are already planning on the negative results in order to help justify a massive construction project at Loch Ness which would see the waters of Loch Ness pumped out to power a nearby hydroelectric plant.

Mark Wilson, CEO of the firm selected to build the plant, avoids mentioning the folklore surrounding Loch Ness’s most famous resident at all when discussing the economic and environmental of the proposed hydro plant with Water Power Magazine:

Pumped storage hydro is the largest and cleanest form of energy storage that currently exists – and a key enabler in helping Scotland meet its green energy ambitions. As well as dramatically improving our energy security, this transformational proposal is a fantastic opportunity for the community to benefit from the energy transition while helping turbo-charge Scotland’s decarbonisation efforts.

If approved, the plant will require the construction of a “100m underground power cavern” and a nearly 3,000-meter-long pipeline.  The power from the proposed plant is estimated to be able to power 65,000 homes. According to the project’s website, likely side effects include a loss of habitat for protected species, decreased water quality, and increased noise in the loch. If Nessie is down there, she sure isn’t going to like the hydro plant - if she even survives the construction.

Will any potential evidence of Nessie’s DNA be swept under the rug in order to justify the construction of this new plant? What will happen if DNA evidence of an unknown aquatic beast is actually found - will corporate interests make sure they never see the light of day in order to get this hydro plant built? Similar things have happened before and will most certainly happen again. Is renewable energy for the future worth the possible loss of one of the world’s most beloved mythical creatures?

You can’t stop progress. Or whatever else this plant represents.