Earlier this week, a strange image captured on a remote weather camera in the Puget Sound of Washington State captured what appeared to be a rocket or missile launch in the vicinity of Naval Air Station Whidbey Island, a nearby air base which is home to several electronic warfare and reconnaissance squadrons. The image was posted to Facebook by meteorologist Greg Johnson whereupon conspiracy theories and allegations of black launches naturally began to swirl. Pull out your tin foil hats, friends, because this one gets weird.

Tyler Rogoway of military aviation blog The War Zone quickly jumped on the case, attempting to dispel the rumors and conspiracy theories by claiming the strange image did not show a rocket or missile launch, but rather an air ambulance helicopter which was flying in the area at the time. Rather than depicting a rocket launching vertically, Rogoway claims the image depicts a helicopter flying at a steady altitude horizontally away from the camera with its search light on and facing down.

While Rogoway is known for his in-depth research and reporting, much of the internet isn’t buying it. Readers of The War Zone took to the site's comments section and social media to accuse Rogoway of being a government shill working on behalf of the military, U.S. government, or another shadowy group to cover up some sort of clandestine launch. The War Zone reader "jimzoltan" sums up the responses with his comment asserting his skepticism towards Rogoway's analysis:

I do a lot of photography, long exposure included. I am not buying the "explanation." Of course there has to be a cover, and willing or unknowing actors to carry it out. People will believe nearly anything if there is enough social pressure and effective propaganda in place. They will even discount their own senses and personal experience. Just a fact about humans and manipulation.

Speaking of manipulation, many 4chan and Reddit users pointed to a few typos in a tweet President Trump sent out around the same time the strange image of the ‘launch’ was taken as proof of some deep conspiracy. They claim these typos are some sort of cryptic message suggesting that there was an attempt to shoot down Air Force One en route to the historic summit with North Korea’s Kim Jong Un in Singapore committed by rogue elements within the military or government. Yeah, really. 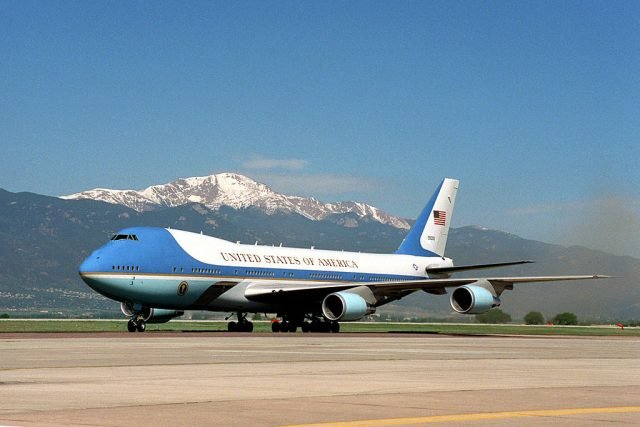 To make things stranger, meteorologist Cliff Mass posted an unnerving image of a U.S. Coast Guard cutter seen patrolling the area surrounding the location of the weather cameras which originally captured the “launch.” Mass asks “If this was just an innocent helicopter passage at night, why all the snooping on weather-loving Greg Johnson?” Why indeed, Cliff? Why indeed. Unless, of course, it was related to whatever search and rescue operation for which the helicopter was dispatched. 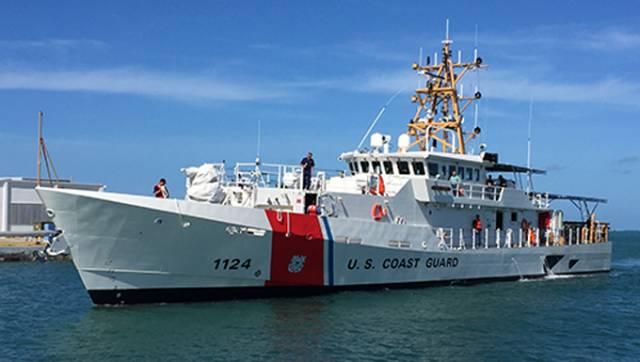 Is this merely a curious long exposure photograph of a helicopter flying with its search light on, or might there be a deeper conspiracy afoot here? The U.S. Navy asserts there were no launches that day and that the base doesn’t even have the capability to fire missiles or launch rockets. Furthermore, there were no reports of residents hearing loud sounds around the time of the “launch.”

While I would generally tend to remain skeptical and side with the helicopter theory, the sudden appearance of the Coast Guard ship sure is odd - as is the timing coinciding with the Trump-Kim summit. Plus, no matter how hard I try, I just can't see a helicopter in the images - but photographs can be misleading. As for the Trump typos, well... stay in school and eat your Wheaties, kids. As usual, we’ll likely never get to the bottom of this one: photographs are unreliable, 4chan is 4chan, and the military is reliably tight-lipped.

Keep your eyes on the skies - and off of 4chan.