More on UFOs and Secret Balloons

As a follow-up to my article "The Many and Varied Balloons of Roswell," I thought I would share with you another example of how and why the UFO phenomenon was - in the late 1940s - so tied to the matter of top secret balloon-based programs. It was primarily because, in many cases, they were one and the same! Today's example has for many years been perceived as a ufological classic, but which also falls under the “secret balloon” category. It occurred just half a year after Roswell. It’s the strange and ultimately tragic affair of Kentucky Air National Guard pilot Captain Thomas P. Mantell, who, many UFO believers accept, lost his life chasing a UFO on the afternoon of January 7, 1948. He did not. Mantell died chasing a balloon.

Matters began when personnel at Godman Army Air Field, Kentucky, caught sight of something in the sky they perceived as very strange: a large and extremely reflective object that appeared to be circular in design. No one could identify it. It was, then, hardly surprising that talk of flying saucers was quickly all-encompassing.

Fortunately, or so it seemed at the time, a squadron of four P51 Mustang aircraft was heading towards Godman Army Airfield – a squadron under the command of Captain Mantell. One of the pilots was low on fuel, another one expressed concerns about pursuing the object due to his lack of an oxygen-mask, and a third was ordered to shadow to the ground the pilot who had worries about losing consciousness due to oxygen deprivation. That just left Captain Mantell to pursue the object. 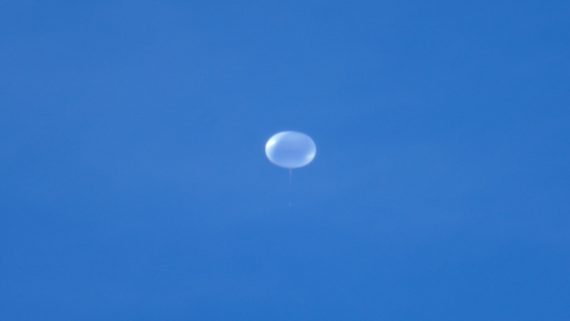 At a height of around 15,000 feet, Mantell called into the base and said that he could see the “UFO” quite clearly. He pushed his plane further through the skies, ultimately reaching a height of approximately 25,000 feet. Then, nothing. Apart, that is, from death for the captain: having reached such an altitude without oxygen, Mantell passed out and his plane plummeted to the ground. For many in Ufology, the case is a UFO classic. No, it’s not. It’s a classic mistake.

Unbeknownst to many within the military, at the time of Mantell’s encounter, the U.S. Navy’s Office of Naval Research had developed, and deployed, massive balloons into the skies of the United States. It was all part of a program called Project Skyhook. For the most part, the balloons captured meteorological data. That did not take away the fact, however, that the existence of the balloons was a well-kept secret. These monster-sized balloons were highly reflective, just as was the object that Mantell encountered. On the subject of Mantell, it’s very important to note that he did not have a need-to-know clearance about the work of Project Skyhook.

Staff at the Air Force’s UFO program, Project Sign, were told of Skyhook, however. This was something which placed Project Sign staff in a very awkward position. They had no desire to tell the world that Mantell had possibly been blown out of the skies by aliens, particularly so because he wasn’t. But, due to the highly classified nature of Project Skyhook, they could hardly reveal the truth without also compromising the Navy’s project. So, Sign staff offered unlikely suggestions that didn’t really convince anyone, such as that perhaps Mantell, in a confused and low-on-oxygen state, was mistakenly chasing the planet Venus. UFO researchers, history has shown, suspected that the military was engaged in a cover-up. Well, yes, it was. But, they weren’t hiding a UFO. They were hiding a highly classified balloon. 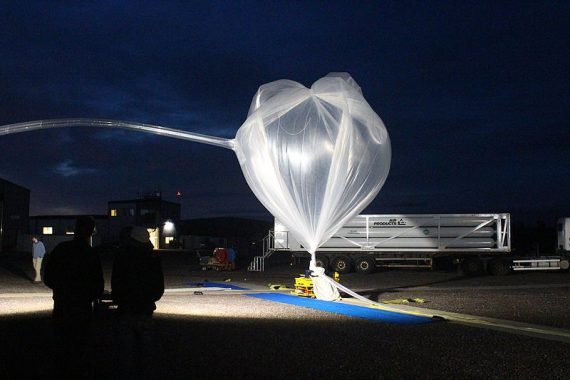 I bring the Mantell case to your attention for one particular reason. Not because it has a link to Roswell, but because it demonstrates that in terms of national security and secret military programs, in the early years of the Cold War massive balloons, flying saucers, and UFOs very often crossed paths in odd ways that many might think almost unimaginable. In the Roswell case, the truth was hidden behind a barrier of tales of UFOs, weather-balloons and Project Mogul balloons. In the Mantell case, the military couldn’t reveal what they really knew, because doing so would have opened up a large can of worms about the balloon-based Project Skyhook.

Indeed, and as Dr. David Clarke – the author of, among others, How UFOs Conquered the World – noted in 2015, with regard to Project Skyhook and Mantell: “In 2004 a former member of the project’s staff, Duke Gildenberg, revealed the Office of Naval Research had monitored press reports of flying saucer sightings to track the movements of their balloons. The Mantell incident was an early indication of the problems – and solutions – that mass belief in UFOs could provide for intelligence agencies.”