Scotland has a lock on the Loch Ness monster, the U.S. is the big country for Bigfoot and China owns the dragon franchise. Up for grabs in the world of cryptids is the Chupacabra. While Texas and a few western states lay claim to the skinny, hairless dog version and Puerto Rico can claim to be the birthplace (spawn-place?) of the upright, scaly version of the beast, South America is rising up in the rankings with some recent sightings in Chile and now Paraguay that seem to be yet another variation of the infamous goat-sucker. Que pasa, Chupacabra? 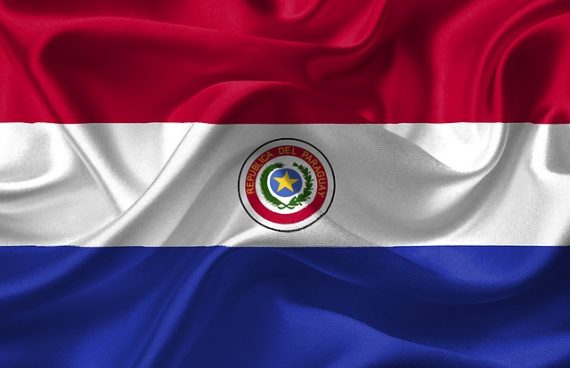 The first report come from the Alto Parana department on the southeastern coast of Paraguay. According to Cronica.com, several livestock owners in the area have reported sheep being mysteriously killed, but a farmer in Los Cedrales named Francisco Molinas heard his dog barking and was the first to actually see … something. (Google translation)

"I went to look behind the shed and I saw one of the largest sheep lying on the ground, ajagarra ha amosã to pick him up. There I found out that there was every wound in the neck. Ya omanoma katu. I shined my flashlight to a corner and there I saw the bug with its red eyes, it was brownish in color.”

Molinas claims he shot the animal three times with his rifle and 16 times with a 9mm pistol his son brought out. Nothing seemed to faze the beast – in fact, after the second volley, he says it turned back and headed straight for him. Fortunately, his partner had a shotgun and unloaded it at the creature. And yet …

"We looked for him everywhere, too much we wanted to hunt him to show people this monster. I did not believe in this before, but now that I've seen, I know there's a chupacabra. "

Molinas described the beast as being 1 meter (3.2 feet) high and 1.5 meter (5 feet) long with huge pointed ears and red eyes. Cronica.com found others in the area who had mysteriously lost livestock, including a man who found 30 of his sheep dead or suffering from neck wounds. A local seminarian brought Molinas some “blessed bullets” and he and his fellow ranchers are waiting for the next appearance of whatever it is that’s killing their livestock.

Meanwhile, in the central Paraguay town of Pirity in the district of Horqueta, residents are trying to decide whether sixteen sheep were killed in one night recently by a lion or a Chupacabra. A lion would most likely be a jaguar, the only member of the genus Panthera in South America. A Chupacabra would be … scarier.

“The children are very afraid because it was the chupacabra, so we want the authorities to be interested in clarifying the issue."

That’s it … scare the kids and make the local authorities take the blame. Ultimahora.com reports that local rancher Venancia González lost seven sheep due to fatal neck wounds and the Areco family lost nine sheep from the same kind of attack. Dona Venancia said her neighbors found footprints and believe it was a lion. However, other prints found do not match any known cat.

Both areas are poor, so the loss of even one sheep or goat is traumatic, leading the stressed-out owners to believe they’re being punished by a mythical beast, not a big cat or dog.

Whatever the case, the people of South America and the local media have figured out that they get more attention when they yell, “Chupacabra!”

The Mysterious Canids of Forgottonia, Illinois