Yet another report has come out of India telling of a mysterious creature violently attacking flocks of sheep. Last year over 150 sheep were killed in the east Indian state of Odisha by an unknown creature that seems to only eat the intestines and apparently drinks blood.  Now, after a brief lull during the winter months, another report of very similar attacks on farmers' flocks is being reported in the Jajpur district of Odisha.

According to the Orissa Post, farmer Ganeswar Behera had grazed his sheep in the forest near the village of Barchana on Monday afternoon and then herded them into a sheep pen near his house for the night. When he awoke on Tuesday morning, he found two of his sheep dead, and many others injured. In accordance with the numerous other attacks of this nature, only the sheep's intestines and livers had been eaten. Locals also said that the culprit also "drank the blood of the sheep." 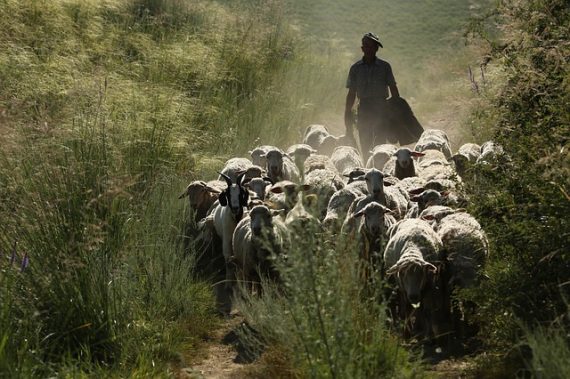 Another thing remains consistent: the attacker only kills sheep and leaves every other livestock animal alone. This may be because sheep are notoriously stupid, defenseless, and thus easy prey.  It does add another noticeable piece of the pattern, however. With such specific markers—only kills sheep, only eats liver and intestines, drinks blood—it should be easy to recall cases from before the initial 2017 reports if any in fact occurred, but so far these now persistent attacks seem to have began in 2017.

The creature responsible for these attacks—both the recent case and the 2017 incidents—has not been identified, although forest officials have blamed this attack on hyenas and have previously blamed hyenas and wolves. Ganeswar Behera disagrees with the hyena hypothesis:

“A hyena cannot attack so many sheep at a time. We suspect it to be some mysterious animal. Even the footprints of the creature are not seen. This makes it more mysterious.”

More mysterious indeed, Gansewar. With an apparently trackless blood sucking monster on the prowl it's no wonder there were rumors of aliens, demons, and the Chupacabra running around when the first attacks happened. It could just have been bad conditions for tracking, especially if the ground had been run over by a flock of frightened sheep, but that little tidbit certainly adds to the unsettling nature of these attacks.

Now that this mysterious creature has spread to another area, it's likely that these attacks will only increase. Hopefully farmers and forest officials can work together to identify this creature and take steps to protect farmers' livelihoods before the problem becomes unmanageable.

Planet 9 May Actually be Planets 9-to-99 and More