In our ongoing search for life elsewhere in the solar system, Venus has become one of the prime candidates. Scientists have observed strange dark streaks in the Venusian atmosphere which seem to change shape and come and go, and one theory is that what we are witnessing could be atmospheric microorganism colonies undergoing a life cycle similar to algae blooms here on Earth. Studying these streaks in detail is difficult, though, as our current technologies can’t yet distinguish between organic and inorganic compounds at that distance. 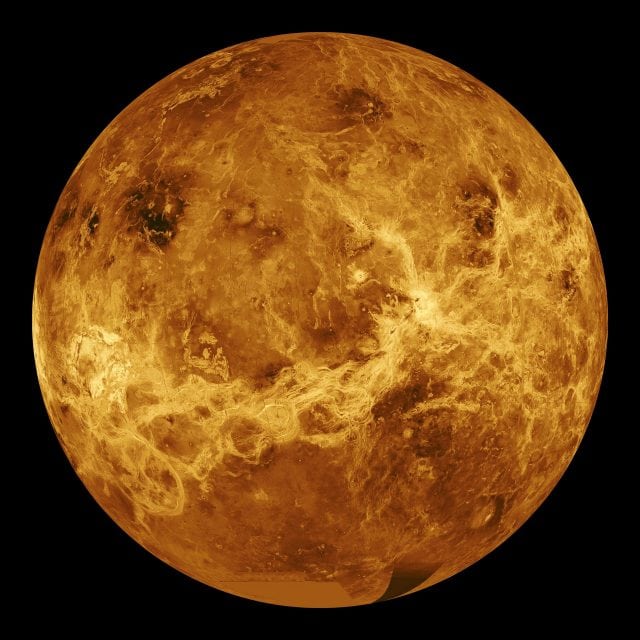 Whatever may or may not lurk in the Venusian atmosphere, scientists at NASA are so intrigued by the second rock from the Sun that all sorts of bizarre and outlandish craft have been proposed to study the planet. Due to the incredibly inhospitable environment on Venus, delicate electronics break down quickly. One proposed solution is to send steampunk-esque mechanical automatons, but the lack of digital communication capabilities would mean those automatons would have to be physically recovered, opening up a whole new can of worms. Space worms.

Instead, NASA scientists have now proposed sending massive airships - also steampunk-esque - to study Venus from high above its surface. Aerospace engineers at NASA's Langley Research Center have proposed what they call the HAVOC, or High-Altitude Venus Operational Concept. Engineers have already tested proof of concept experiments to identify materials which could withstand the sulfuric acid in the Venusian atmosphere as well as proposing methods for getting the airships inflated in the skies above Venus.

NASA scientists believe the airships could be sufficient for a 30-day manned mission in Venus’s atmosphere, allowing a crew of two astronauts to study the planet in unprecedented detail. Once the mission is complete, the crew would launch back into orbit in a detachable module and dock with a waiting spacecraft, after which they would journey back to Earth where no doubt they would infect the human race with unknown alien viruses which turn us into piles of steaming goo. But hey, cool airships! Who cares?

Check out NASA’s slickly-produced promo video on YouTube providing an overview of the concept complete with an epic Game of Thrones-style soundtrack.

Man Rises From Tomb After 3 Days (No, Not THAT One)