Sunday, November 12, 1933 was the date upon which the most curious and controversial photograph, of all, of an alleged Nessie was taken. It remains controversial, more than eighty years after it was taken, not because it’s of a too good to be true nature, but as a result of the fact that the creature is so weird-looking. Indeed, it is at extreme odds with what so many other eyewitnesses claim to have encountered at the loch. The witness was Hugh Gray, an employee of the British Aluminum Company.

The hot and sunny location of the encounter was in the region of where the mouth of the River Foyers and Loch Ness come together, and the time was around noon. It can be said that Gray was the perfect person to see the creature, as the company he worked for had its premises within walking distance of where the encounter occurred – which was a near-sheer bluff, with a height of about fifty feet. It overlooked the loch and was dominated by dense woods.

According to Gray, after attending a Sunday morning mass, he went for a walk – as he did every Sunday. It was a bright and sunny day, said Gray, and the loch was glistening. Suddenly, something broke the surface of Loch Ness. And it was of large proportions. Very large proportions. As luck would have it, Gray had a camera with him and managed to get a shot of the animal as it not just surfaced, but as it seemed to float almost completely on top of the water. An utterly amazed Gray stood staring at the odd spectacle until the animal submerged, amid a thrashing of its tail.

Hugh Gray’s picture is, admittedly, an odd one. As a result, it has been interpreted in varying ways – sometimes wildly interpreted. For the skeptics, the most obvious popular answer is that the photo is an innocent, unintended double-exposure of a portion of the loch and of a dog swimming towards the camera and holding a stick in its mouth, horizontally. It’s also a theory that has been endorsed by the mainstream media – unfortunately without any real, meaningful, critical analysis. There are, however, very good reasons why it can be said that the photo clearly is not a double exposure and does not show a faithful hound returning a stick to its master.

Yes, one can see what looks like the face of a dog, facing the camera – if one chooses to do so. This is, however, undeniably a case of nothing more than pareidolia. It is a recognized phenomenon that occurs when the human eye attempts to interpret random imagery in the context of something familiar and recognizable. Examples might include seeing faces in clouds, or the visage of Elvis in a peanut-butter and jelly sandwich. The Gray photo, however, is not one which has pareidolia and a swimming, playing dog at its heart. What it does have at its heart is a creature that is clearly large, curiously floating atop the water, and which lacks the long neck that so many witnesses have reported. It is, you may surmise, the oddly missing extended neck that provokes so much controversy. So, if Hugh Gray’s photo doesn’t show a dog, then what does it show? Let’s take a look.

To the left of the photo is an oddly positioned, but thick-looking, tail. That there is a degree of haziness present in the photo suggests the tail may have been thrashing violently at the time the picture was taken (which Gray suggested); something which caused water to spray into the air and make the image appear slightly out of focus and misty. Plus, it is slightly over-exposed, which only adds to the limited clarity issues. Nevertheless, we also see a fairly thick body that clearly shows a pair of small appendages on its right side. The obvious and logical presumption being that two identical appendages are on the left side too, although admittedly we cannot be one hundred percent sure, of that since the photo only shows one view of the animal. 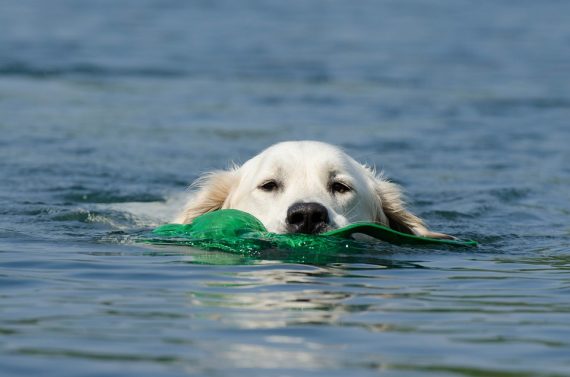 The most important part of the photo is its extreme right-hand side. There is very little doubt that what is captured on celluloid, and for all to see, is the face of a Nessie. It very much resembles the head of a turtle, and has a distinct beak-like appearance. One can even make out what looks like a small eye and an open mouth that seems to show evidence of a tongue. Possibly most important of all, the shadow of the head can clearly be seen below it, and reflecting off the rippling waters of the loch. Then there is the matter of how high the animal is. It’s practically completely out of the water.

Loch Ness Monster authority Roland Watson has noticed and commented on this curious aspect of the Gray photo. He has suggested the monsters of Loch Ness may possess a form of in-built, internal buoyancy – something which would allow the creatures to float on the surface in the very odd fashion as described by Gray.

Ted Holiday was a dedicated seeker of Nessie who started out as a believer that the Nessies are flesh and blood animals, but who, in the early 1970s, radically changed his views. Before his mind swung over to the dark and supernatural side, Holiday was a champion of the theory that Hugh Gray had filmed a living, breathing of unknown origins and identity. He also concluded that the monster captured by Gray was somewhere between twenty and thirty feet in length.