Planet 9 May Actually be Planets 9-to-99 and More

Most hypotheses about a giant yet unseen Planet 9 orbiting the Sun are based on the need to explain why many space objects in the Kuiper Belt beyond Neptune have orbits that are so contrary to those of the planets and closer objects that they border on impossible … unless something with a massive gravitational pull is messing with them. While one big Planet 9 would explain the odd orbits, some astronomers now say it’s not the only one and have come up with a different theory that replaces Planet 9 with a large number of smaller objects that together are cooperatively creating the curiously curving orbits. Will Planet 9 be replaced by Planets 9 through 99 or more?

A press release from the University of Colorado describes the announcement at the 232nd meeting of the American Astronomical Society this week of this controversial new theory on the orbits of so-called detached objects or Trans-Neptunian Objects (TNO) in the far reaches of the solar system which behave as if they’re not affected by the gravity of the Sun. Assistant Professor Ann-Marie Madigan and a team of researchers were studying the detached objects and astrophysics student Jacob Fleisig noticed that the objects moved like the hands of a clock, with smaller objects orbiting fast and in tandem like a minute hand, while larger objects (like the dwarf planet Sedna) move slower like an hour hand. As those familiar with non-digital clocks know, (If you’re not, ask Grandpa), the two hands meet every hour and would crash into each other if they weren’t on slightly different planes. Fleisig realized that wouldn’t be the case with detached objects.

“You see a pileup of the orbits of smaller objects to one side of the sun. These orbits crash into the bigger body, and what happens is those interactions will change its orbit from an oval shape to a more circular shape.” 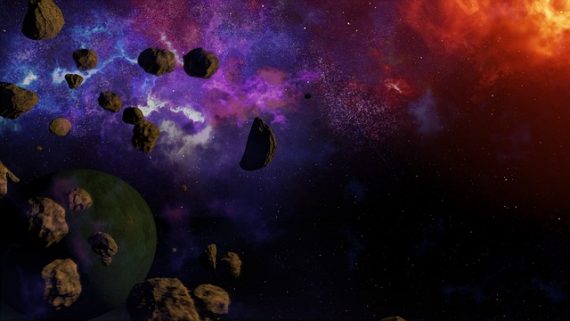 Eventually, these collisions would send the more massive objects, like Sedna, into extreme and unusual orbits father away from the Sun. While they only modeled a small number of detached objects (about 400), the results were as they expected. This new theory of a large amount of small objects messing up the TNO orbits would explain the biggest mystery of Planet 9 ... where is it?

On the other hand (to continue the clock analogy), Madigan points out that the ‘collective gravity of small objects’ theory does not explain why all of the objects are tilted in the same direction – something that, at least for now, only a big Planet 9 could cause.

On the other other hand, Fleisig’s collision theory may explain something closer to home – the extinction of the dinosaurs. All of that banging and crashing may have whacked some debris in the direction of Earth, creating a catastrophic comet calamity that killed the cold-blooded creatures. While not proven, it’s a possibility. 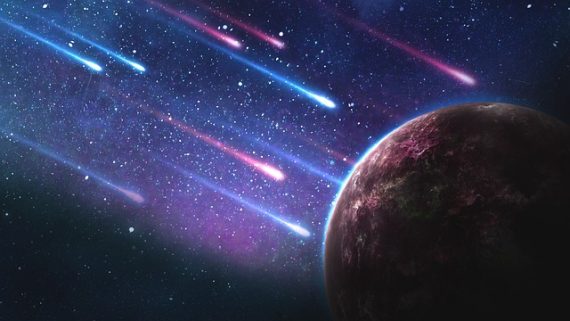 If you wonder why anyone today would consider a career in astronomy, the study of these objects in the Kuiper Belt should be an enticement, says Madigan.

“The picture we draw of the outer solar system in textbooks may have to change. There’s a lot more stuff out there than we once thought, which is really cool.”

When “Things” Fall From The Sky