Psychic Claims She Can Smell Your Impending Doom

Tired of boring parties where the entertainment is a bad DJ, dumb games or a drunk relative? A woman in Australia could be the person you need to turn your party in the event of a lifetime … or end-of-a-lifetime. She claims to be a psychic who can smell imminent death on a person. Would you want to know? Does she collect her fee up front?

“The night before his death I picked up this odd, sickly sweet rotten kind of smell in the house. I thought it was the smell of his remains as I had never smelled that before. But no one else could smell it.”

Ari Kala of Hunter Valley in New South Wales, Australia, describes in a new video the first time she experienced what she eventually determined to be her psychic ability to smell when a person is near death. She was 12 years old at the time and was slowly becoming aware of her other psychic abilities. 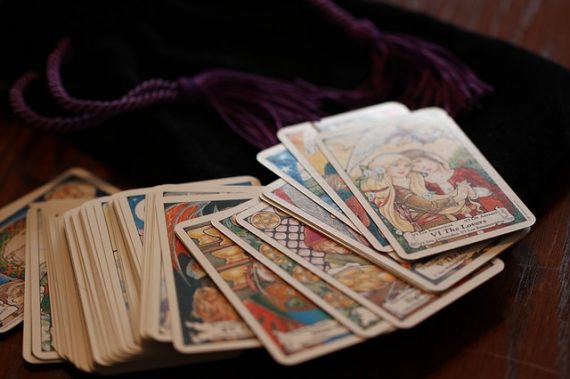 “As a child, I could read people’s emotions and always dreamed about things that came true.”

As is the case with many psychics, she did not fully understand that others could not see or feel what she did, and Ari says she eventually stopped demonstrating or even talking about them. However, after trying a career as a secretary in corporate law, she decided the psychic business was calling her and recently became a full-time “psychic coach,” offering both personal and online guidance to others, especially women, who believe they are psychic or might have abilities and want to learn how to use them.

Yeah, yeah, yeah … what about smelling near-death people? Can she teach that?

“Sometimes it feels like a burden. I used to want to say something, however, I realized it’s not my duty. It’s kind of useless – how could it help anyone? How I can walk up to strangers with this smell and help them? What if they don’t know they are going to die soon? If I told them that and they weren’t aware, it could be catastrophic. I don’t see how it’s up to me to interfere with their fate.”

Good points. On the other hand, it might be a valuable service to insurance companies, relatives counting on an inheritance, medical personnel and the like. However, Ari admits that she smelled the smell around old people and the terminally ill in places where deaths occur often.

“I realized later it was the frequency of death I could smell.”

Perhaps she could learn a few tricks from an old dog. Some canines can be trained to smell minute amounts of compounds released by cancer cells and detect the disease before doctors do. And, like many psychics and intuitives, they can see subtle changes in a person’s body, breathing and temperature that indicate something serious may be about to happen. And death is the ultimate in serious somethings.

It doesn’t look like you can book Ari at your next party as a death smeller. Maybe you can find a disease-sniffing dog instead. If no one smells, it can still entertain by chasing balls and fetching beers.

The Mysterious Gnomes of Wollaton Park