For those who have attended Catholic schools at some point in their lives (this writer is one of them), the phrase “Sisters of the Sacred Salamander” may conjure up images of a religious order of nuns who keep unruly children in line not with yardsticks but with large scary lizards, perhaps in a moat surrounding the classroom and threats of “Do your homework or the sacred salamanders will carry your sorry souls to hell!” While that would make a great horror movie, the real Sisters of the Sacred Salamanders are actually stars of a documentary about the good work they’re doing saving an amphibian believed to have healing powers from the brink of extinction.

The Sisters of the Sacred Salamander are real nuns, belonging to the Dominican order and are also known as Sisters of Immaculate Health. According to a new BBC radio feature, they live in a monastery in the central Mexican town of Patzcuaro where, for over 150 years, they have harvested and bred strange and critically endangered amphibians (it’s not the fault of the nuns) called axolotls or achoque (Ambystoma dumerilii) which live only in Lake Patzcuaro, zoos and monastery aquariums. 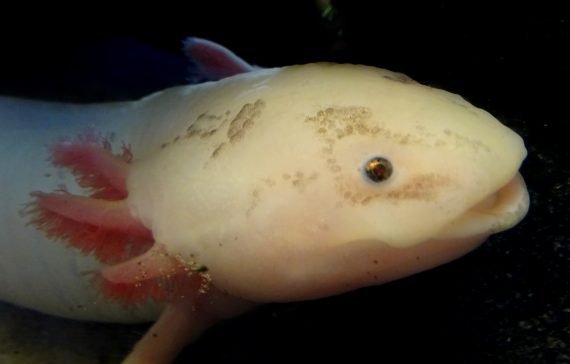 Achoques are foot-long neotenic salamanders that spend their entire lives in larval form, never going through the metamorphosis that changes amphibians from a water creature to a land animal – but that’s not what makes people consider them sacred. This belief comes from the achoques’ ability to regenerate their limbs and internal organs – including hearts and brains – which has caused them to be revered by the Aztecs for centuries … their unique images are often found painted on walls and pottery. The nuns obviously believe in these powers because they’ve been raising achoques to make and sell the cough medicine that keeps the monastery open.

Yes, the sisters breed sacred salamanders to eventually end up in bottles mixed with bee honey, common bracket root, European walnut leaves and other herbs and sold to believers (a box of axolotl sells on eBay for $17). While they have been able to maintain their own supply of sacred salamanders, Lake Patzcuaro is nearly devoid of them due to fishing (they’re tasty in tamales) and development. That’s why the Chester Zoo in England is working with them to reintroduce the critically endangered species to the lake. 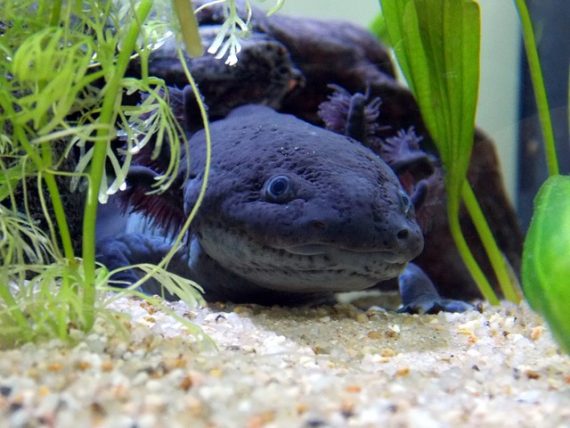 "It's not just important for us; it's important on a national and an international level because it's an endemic species, and if we don't try to save this species then nature will be lost."

In the BBC interview, Sister Ofelia Morales Francisco reveals the spiritual purpose behind the quest of the Sisters of the Sacred Salamanders to save their namesakes. It’s another example of a blend of different religions – 'axolotl' means ‘water dog’ and is believed by natives to be was the Aztec dog-headed god Xolotl, known for leading the dead to the underworld, who changed into the salamander to hide and became trapped in Lake Patzcuaro. The sisters aren’t just saving their moneymaker but are also saving a symbol of the culture that they were ironically sent to convert.

Most of us products of Catholic education never thought we’d hear the word “nuns” used in the same sentence with “fantastic genetic pool of achoques," yet that is what the Sisters of the Sacred Salamander have developed. It’s probably wise to cooperate with their quest to save the achoques because they’re undoubtedly still skilled in the use of disciplinary yardsticks.

The Black-Eyed Children: An Early Report