For decades, people have claimed disturbing encounters with supernatural humanoids that have one thing in common: their maniacal smiles. We'll begin with the story of a man named Woodrow Derenberger, better known to his family and friends as “Woody.” Susan Sheppard, a writer on, and researcher of, the paranormal  says: " It was shortly after 6 p.m. in the evening, when Woody Derenberger was driving home from his job as a sewing machine salesman at J.C. Penny’s in Marietta, Ohio to his farmhouse in Mineral Wells, West Virginia. The ride home was overcast and dreary. It was misting a light rain."

Susan continues: "As Derenberger came up on the Intersection of I-77 and Route 47, he thought that a tractor trailer truck was tailgating him without its lights on, which was unnerving, so he swerved to the side of the road and much to his surprise, the truck appeared to take flight and seemed to roll across his panel truck. To his astonishment, what Derenberger thought was a truck was a charcoal colored UFO without any lights on. It touched down and then hovered about 10 inches above the berm of the road. Much to Derenberger’s surprise a hatch opened and a man stepped out looking like 'any ordinary man you would see on the street - there was nothing unusual about his appearance.  Except the man was dressed in dark clothing and had a 'beaming smile.'" There was, however, something not quite right about that smile. 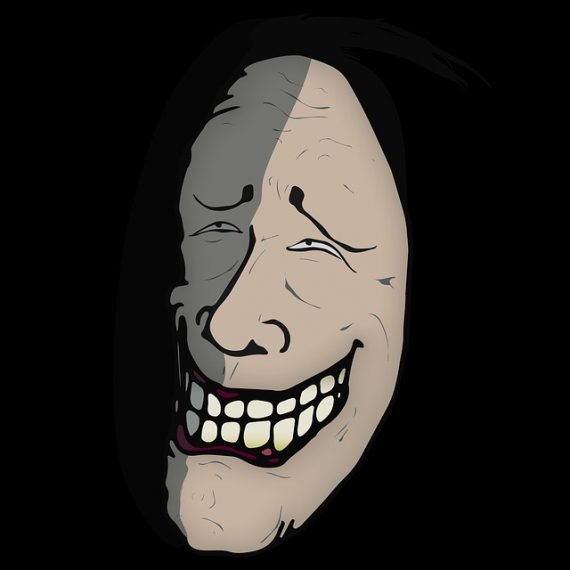 The strange figure said that his/its name was Indrid Cold. Certainly, Cold is the definitive sinister, smiling thing. He was an enigmatic character who played a significant role in the Mothman wave that dominated Point Pleasant, West Virginia from 1966 to 1967. Cold’s crazed and eerie smile never left him, something which provoked fear among those who encountered him. He still surfaces to this day – much to the cost of those who cross his path. Indeed, in my new book, The Black Diary, Susan Sheppard talks about her very own encounters with what may well have been Cold, in the early 2000s.

The Hat Man is a Man in Black-type being that appears in shadowy form; not unlike the infamous Shadow People – to whom the Hat Man is almost certainly related. On many occasions, however, the Hat Man appears in regular, human form, wearing a black suit, and sometimes a long overcoat or a cloak – always black, too. Most noticeable about this creepy figure is, of course, his hat. Sometimes, it’s a fedora, other times it’s an old style top hat. Occasionally, it’s more like a cowboy hat. But, regardless of the kind of headgear, it’s always present and always black.

Many of the encounters occur while the victim is in a distinct altered state – that of sleeping. Angie had just such an encounter in Leominster, Massachusetts, on September 6, 1994, as she told me late on the evening of October 8, 2014. Her reason for contacting me was due to the fact that, quite out of the blue, she had suddenly begun to dream of the events of twenty years earlier – and dream of them almost every night for a couple of weeks. Angie was sleeping when the mysterious thing disturbed her sleep by manifesting in her bedroom and staring at her with a menacing smile on its pale, ghoulish face. For a few moments, Angie was unable to move. As she finally broke the spell of paralysis, however, the Hat Man was gone. 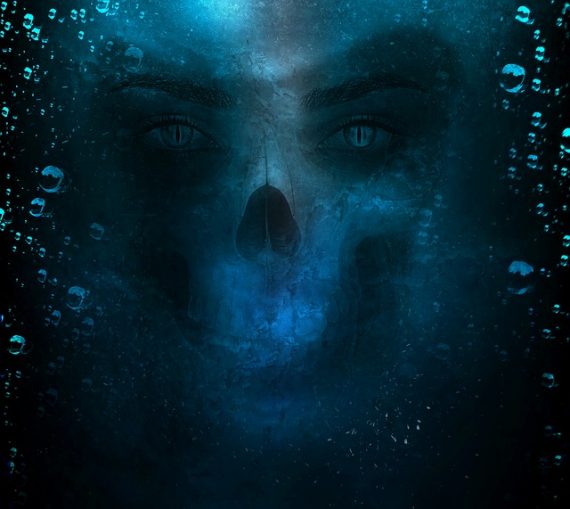 Jaye P. Paro was a woman who had a number of bizarre, UFO-themed encounters in May 1967, in upstate New York. At the time, she was a host on Babylon, New York’s WBAB station. On one particular day Jaye decided to take a walk. It was barely dawn, and the town in which she lived was still shrouded in shadows. As she walked passed a particularly dark alley, a Woman in Black loomed into view, as if from nowhere, or from some nightmarish realm.

Then, out of the blue, came a black Cadillac, the absolute calling card of the MIB and the WIB. It came to a screeching halt next to the two women, and out of one of the rear doors came an unsettling-looking character. It was a man dressed in a dark grey suit, with what was described as an “oriental” appearance, and who sported a disturbing smile. The driver seemed almost identical in appearance. The man with the fearsome smile shook Jaye’s hand and said, “I am Apol.” Jaye said that holding Apol’s hand was like holding the hand of a cold corpse.

Should you ever encounter one of these disturbing entities, it's probably best to stay away from them - and as far away as possible. Their smiles are most definitely not of the inviting kind.