The Bizarre Flying Humanoids of Mexico

A very odd phenomenon that happens to stretch back well into history from places all around the world is that of flying humanoids. I am not talking of bat-like creatures or winged avian anomalies, but rather exactly as I said; human figures just up there flying about, with seemingly no means of doing so and not a care in the world. It seems almost ludicrous, but there have been many, many reports of flying people, often by very reliable witnesses, and one place where flying humanoids seem to reign supreme is in the country of Mexico, where they have long been a feature of the world of the weird.

The whole bizarre phenomenon goes back to the year 2000, when witness Salvador Guerrero saw something strange indeed over the Mexican town of Colonia Agricola Oriental in March of that year. Guerrero had actually been out on a rooftop that evening for the purpose of sky watching for UFOs, but what he ended up seeing this night was perhaps every bit as weird, if not weirder. As he gazed out over the darkening sky, his attention was drawn to something very odd out there floating about, which seemed to be neither bird, plane, nor a typical UFO, and he used his video camera to zoom in on the anomalous object.

Upon zooming in, it became very evident that this was not a typical unidentified object, as it seemed to be in fact a humanoid figure inexplicably hovering in the air. There were no wings, no parachute, no obvious means of propulsion or way this mysterious individual could have possibly been keeping himself aloft, yet there he was suspended in midair, reportedly spinning slowly while holding his arms outstretched. As Guerrero stared in awe, the figure began to move off until it was out of sight behind a building, its origin and destination unknown. The whole enigmatic thing was dutifully captured on video, and has proven to be an oft debated and controversial piece of footage.

When the story of this apparent flying man came out there were almost immediately other reports of something similar in the skies of Mexico, and the sightings began to come in steadily from all over the place. One particularly well-known such report that technically occurred before the Guerrero sighting is that of an Amado Marquez, who came forward to claim that he had also seen something very peculiar in February near the town of Cuernavaca. Marquez explained that he had been out one evening and noticed a dark shape bobbing through the sky.

As with Guerrero, he zoomed in with a video camera and saw that it was a humanoid figure cruising along through the air in a horizontal position with his legs outstretched. Again there was no sign of wings, glider, or any way to remain up in the air, yet he steadily moved along nevertheless until he was out of sight. Marquez would claim that he had kept his sighting and the video he took of the event secret, finally deciding to come forward when Guerrero made his report.

Later that year, in July, there was another report, in which the witness, Gerardo Valenzuela, filmed a tall dark humanoid object descend from the sky to disappear behind a hill in a valley near the active volcano in a place called Tepoztlan, in the Mexican state of Morelos, located between the Nevado de Toluca and Popocatépetl volcanoes. The strange flying man was filmed and again the video has been picked apart and debated as to its veracity. Then in October there was a sighting made by an airline pilot and co-pilot while preparing to land in Mexico City. The figure was described as a “little flying man” wearing what appeared to be a backpack and who matched the altitude and speed of the aircraft for some time before flying off. This is a notable sighting in that these were trained pilots who would have been familiar with aerial phenomena and not prone to making up wild tales. 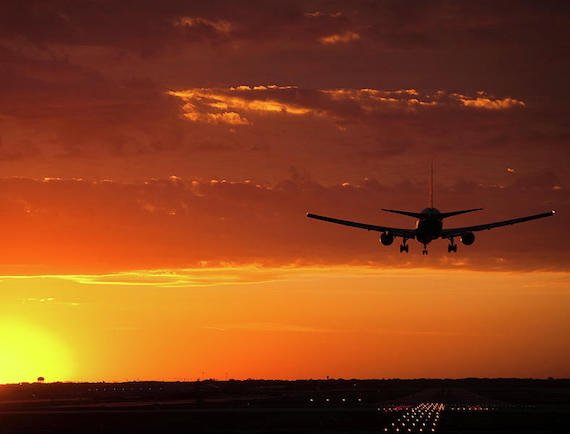 A particularly bizarre report that seems to deviate from the typical report, yet seems as if it may be connected, occurred on February 14, 2004, when an Ana Luisa Cid and two others witnessed a decidedly unearthly sight above Mexico City. They saw in the sky a rather strange object that at first looked to be some sort of mechanical, vibrating machine on top, under which dangled what looked like a large black humanoid shape, the whole of which seemed to be hovering in the same position.

To make matters more bizarre, a smaller object was allegedly seen to drift up from below to merge with the larger figure, after which it detached from the upper structure and revealed itself to be what appeared to be some sort of humanoid wearing a cloak or cape of some sort, while the thing above it now in fact looked like a living winged beast of some kind. It is then reported that the smaller object broke off from the cloaked creature to fly off, after which the cloaked one reattached to the winged monster and the whole surreal thing took off out of sight. What in the world was this thing? Whatever it is, what has come to be known as “The Entity Reunion in the Sky” remains one of the strangest sightings ever to take place in Mexican skies.

In 2004 yet another video of these things emerged from near Cerro de la Silla, which showed a dark object with a humanoid form floating through the air at great speed while hunched over. The video of course has generated a whole bunch of debate as to what it could be, with many saying that it is merely a cluster of balloons or some garbage blowing through the air. The next year, on June 17, 2005, witness Horacio Roquett would also film a flying humanoid in a seated position atop some type of device over Mexico City. Roquet was out with his sister at Unidad Habitacional Lomas de Platero in the middle of the afternoon on a clear day when they both saw a tall humanoid figure cruising through the air and leering at them menacingly. In this case the figure seemed to be perched atop some sort of gravity-defying vehicle that emitted a strange red glow, with its legs dangling underneath. The video they took has become one of the most famous pieces of footage ever taken of one of Mexico’s flying humanoids.

Also in 2004 we have perhaps the weirdest and most harrowing encounter of them all. A police officer in the city of Monterrey by the name of Leonardo Samaniego claimed that he had been out on patrol in the early morning hours of January 16, 2004, when he had had a rather violent encounter with something not quite of this world as we know it. The officer said that his patrol that evening had taken him to the Benito Juarez borough of Mexico City, when he had turned onto a quiet tree-line street to see something large and black fall from a tree, yet begin to levitate right before it hit the ground.

The puzzled officer drove his patrol car closer and that was when he could see that this dark shape was in fact was a “flying humanoid entity” that looked like a floating old woman, dressed all in black and with dark skin and eyes that were “just black sockets, without eyelids.” This startling apparition then apparently flew over to hover right in front of the vehicle and the stunned occupant within. He could see it better at this time, and noted that it was a hideous old woman that “resembled a witch.” Apparently annoyed by the car’s high beams, the wench then reportedly covered her face with some sort of cloak and then flew right into the vehicle’s windshield, causing the dumbfounded officer to go speeding back in reverse. He would explain the terrifying events thus:

As soon as I realized it was a kind of woman being, or a witch, very strange standing there trying to cover her face, she threw herself against my car very fast, falling on the car and hitting the windshield. She was flying very fast and it took only a second to hit the windshield glass. I was so shocked by this action that I put the car in reverse and pushed the accelerator trying to get away while requesting backup assistance by radio.

It was a woman with big black eyes, everything was black, no eyelids. Her skin was dark brown and her expression was horrible. She was furiously trying to get me with her claws while I was running away in reverse calling desperately for backup assistance to any units around.

He was able to shake the ferocious witch off the car before smashing into a wall and losing consciousness. When he next awoke it was to the sight of other officers who had arrived to assist him, none of which had seen the surreal entity that had attacked him. Samaniego told them all what had happened, and he would subsequently be put through drug tests and psychiatric tests as no one believed him, which would turn up negative. 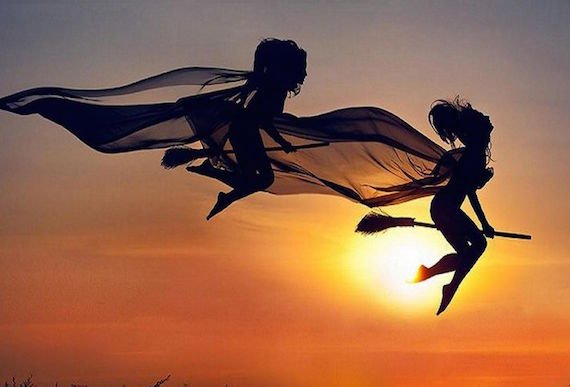 Some people obviously did believe him, because other reports would filter in after he had come forward with his own, from people all around the vicinity. One witness named Norma Hernandez claimed that just 2 weeks before Samaniego’s strange account she had been out hanging laundry when she saw the black form of some humanoid figure flying about in the sky above. Other locals would claim to have seen a similar entity stalking about through the air.

In 2006 another police officer came forward with his own odd encounter, when in September of that year an officer Gerardo Garza Carvajal was on patrol in his hometown of Santa Catarina when he had seen two “witches with faces like old women with black hats” flying around near a local cemetery. He would describe one of the entities thus:

[Her] height was a meter, meter and a half, at most…[she] was dressed like a bird, with feathers, you know, she had feathers…seeing her face, it was an old lady’s face, wrinkled, red eyes, black hair. What I really noticed were her black claws… and the hair. In other words, that’s what shocked me the most. It was a bird’s body and a face like a human’s. The witches flew off but the police officers who came to my aid saw what I saw.

The sightings of such strange entities continue to come in, and no one is really sure of what we could possibly be dealing with. The rational explanation is that these are hoaxes or mis-identifications of balloons or some aerial phenomenon, but this doesn't seem to be adequate to explain all of the cases, and some have been given by traditionally reliable witnesses such as police officers and airline pilots. Considering the nature of these things being basically flying humanoids, they don't seem to fit in with cryptozoology, as it is unlikely they are some undiscovered species or creature. Theories have ranged across the spectrum, that they are aliens, witches, warlocks, inter-dimensional beings, or some sort of mad inventors testing out some inscrutable tech, but we don't have the slightest idea. All we know for sure is that something very strange seems to be going on in the skies of Mexico.