The Black-Eyed Children: An Early Report

On a few occasions while I've recently been promoting my new book, The Black Diary, I've been asked how far back the Black-Eyed Children phenomenon dates. Well, that's a very difficult question to answer with any degree of accuracy. We know for sure that it was in the latter part of the 1990s that the controversy began to take off, chiefly with the story of a Texas journalist named Brian Bethel. But, definitively pinpointing the issue to one specific year, or decade, is not something we're able to do right now. So far, the earliest case I personally have on record dates back to the early 1920s. And, given that the case is almost a century old, it's no surprise that it's not firsthand - which, admittedly, doesn't amount to an ideal situation.

The story was given to me by the great-granddaughter of the witness. I will call the witness “Jane.” Her experience is an interesting one, as it demonstrates that the BEC phenomenon is not the relatively new one that most people assume it to be. Jane, unfortunately, is no longer with us: she died in 1992 at the age of eighty-seven. Jane’s great-granddaughter contacted me in 2016 to share the details of the encounter – which all of the family had heard of, and which was kind of like the definitive skeleton in the closet: everyone knew of it, but no-one really wanted to talk about it. At least, that is, until Jane’s great-granddaughter related the facts to me.

At the time of her encounter, Jane was just eighteen years old. This would have put her encounter in 1923 – which is astonishing, given that the BEC phenomenon is assumed to be one of fairly modern times. Jane and her family were living in a small town in Eastern Louisiana. Times were hard and the family of seven struggled to make ends meet. If that were not enough, it was in January 1923 that Jane had her first encounter with what can only be described as one of the Black-Eyed Children. 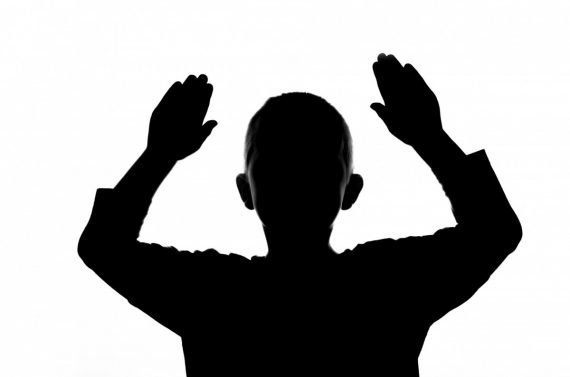 It was in the early hours of one particular morning that Jane awoke – unable to move and unable to speak – as a young boy, dressed in black, stretched out his hand and pointed at her. Instantly, she began to feel ill and lacking in energy – her inability to scream made things worse still. Then, suddenly, it was all over: the sleep-paralysis was gone. And so was the boy in black. Jane, practically hysterical, woke her parents and told them of what had happened. The most terrifying part of the encounter? The boy’s black eyes.

For the next three nights the boy returned. The story was the same every night: the boy with the black eyes manifested next to Jane as she lay in bed, unable to move an inch. As per the first time, he reached out – the result of which was again a sudden feeling of overwhelming weakness. Although the boy never returned again, it took Jane days to get back to her normal self. And, she soon took on a slightly jaundiced appearance, which was most definitely not a good sign.

The story would undoubtedly have never surfaced had it not been for the fact that on one occasion in 2014, Jane’s great-granddaughter was channel-flipping one night. She was confronted by a TV show that, in part, was focused on the BEC. Amazed and more than a bit disturbed by what she was seeing, she quickly realized what it was that Jane had encountered all those decades earlier: a definitive black-eyed child of the kind that many researchers of the paranormal assume amount to a modern day enigma.