The Development of the Vampire in Fiction

There is absolutely no doubt at all that the vampire – as we know it today, at least – would not exist without one particular book. That title is Bram Stoker’s Dracula, which was published in 1897. But you knew that, right? As we’ll now see, though, Stoker’s classic, Gothic novel was certainly not the first work to tell a fear-filled saga of the blood-sucking undead. But, it was definitely the most visible and popular. It should be noted that, in reality, Dracula was a definitive Johnny-Come-Lately.

For example, in 1819 – almost eighty years before Stoker’s book surfaced - John William Polidori penned The Vampyre: A Tale. For years, it was incorrectly attributed to George Gordon Byron, better known as Lord Byron, an acclaimed poet and politician. His most famous piece of work was the epic poem, Don Juan. Polidori was Byron’s physician and close friend, and who also penned The Fall of the Angels and On the Punishment of Death.

The Vampyre: A Tale was written in 1816 and published in 1819 in the pages of The New Monthly Magazine. The central character is a somewhat Dracula-like figure. He is one Lord Ruthven, a dangerous and deadly character – indeed, just about anyone and everyone who crosses his path is destined for tragedy. As Polidori’s story reveals, Lord Ruthven is a definitive drainer and drinker of blood. A precursor to the famous saga of Count Dracula? Definitely. Such was the success of the story – and the fascination with Lord Ruthven – other writers of the day continued where Polidori finished and wrote their own stories concerning the evil lord. They included Cyprien Bérard’s 1820 novel, Lord Ruthwen ou les Vampires. 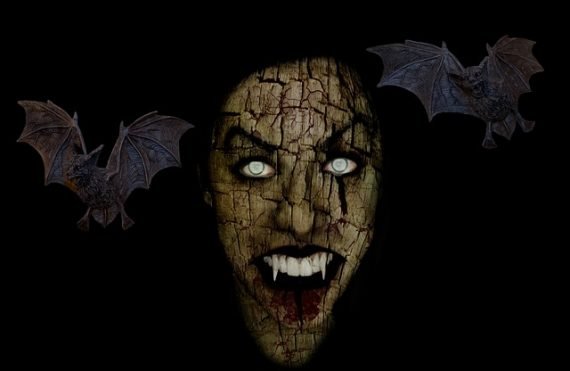 Then, in 1847, Varney the Vampire; Or, the Feast of Blood, caught the attention of the people of the U.K. when it appeared in a “penny dreadful”-style publication. Written by Thomas Peckett Prest and James Malcolm Rymer, the saga of vampiric Sir Francis Varney became a huge success, thus further cementing the image of blood-swilling monsters in then-modern day England. Carmilla, published in 1871 and written by Joseph Sheridan Le Fanu, is a highly atmospheric novella. It sees the vampiric Carmilla of the title attracted to, and obsessed with Laura – the protagonist in Le Fanu’s tale – which emphasizes the sexual and erotic aspects of vampirism. Who can resist a bit of girl-on-girl???

But, none can deny that it was Bram Stoker’s Dracula that really got the ball rolling, in terms of making the vampire known both far and wide. While Dracula is certainly seen as the number-one vampire-themed novel, it’s unfortunate that those titles which came before it have largely been forgotten by most people – apart from by firm devotees of the genre.

Without Bram Stoker’s Gothic masterpiece there would not have been Universal’s 1931 movie of the same name, which starred Bela Lugosi. Nor would there have been such sequels as Dracula’s Daughter and Son of Dracula. And, had Universal’s movies not have been such phenomenal successes, it’s all but certain that Christopher Lee would not have been given the chance to make the role his own in numerous movies from Hammer Film Productions, including Scars of Dracula, Taste the Blood of Dracula, The Satanic Rites of Dracula, and Dracula A.D. 1972. Would we have had Stephen King’s Salem Lot? Interview with a Vampire? Twilight? True Blood? The Strain? Almost certainly not.

The phenomenal and combined success of all the above movies, TV shows and novels has exposed the vampire to millions of people, over the course of a couple of centuries. No doubt, barring a nuclear head-to-head, a planet-wide meltdown, or a Fahrenheit 451 future (all of which could happen in this grim and insane world), people will continue to be entertained by the vampire.