There are many supposedly haunted places in this world, with the most well-known being the ubiquitous haunted houses with their various wraiths, spirits, and poltergeists. Yet, these are far from the only locations that can become infused with the paranormal. One very interesting and bizarre case of a haunted place is not even a building at all, but rather a ship, which in its life was a legend and which in death has held the ghosts of its tumultuous past close.

Surely one of the most luxurious and world-famous cruise ships ever launched was the HMS Queen Mary. Born at the John Brown shipyard in Clyde, Scotland in 1930, the Depression halted construction of the ambitious ship through the early 30s, but when it was finally launched in 1936 it was considered one of the most crowning achievements of shipbuilding the world had ever seen. Larger and faster than even the Titanic, the HMS Queen Mary melded classic elegance with the most cutting edge technology of the time, and it would go on to hold the speed record for crossing the Atlantic from 1938 to 1952. It was one of the largest and fastest ships that has ever existed, and was the epitome of luxury and style for those who wished to cross the vast sea. At the time you could not get more opulent or travel in better comfort or style than aboard the HMS Queen Mary, and for the first 3 years of its life the colossal, 1000-foot long megaship ferried passengers across the Atlantic in unparalleled comfort and luxury, including some of the richest, most famous, and most powerful people of the era.

In 1939, the specter of World War II began to loom over Europe, and the HMS Queen Mary would be repurposed and refitted to transport troops for the war effort. Repainted a dull grey color, the ship became known as “The Grey Ghost,” and played an active part in carrying large numbers of troops as it outran enemy subs, with its carrying capacity also modified for this purpose. Indeed, by the end of the war the HMS Queen Mary would transport around 800,000 troops and set the record for the most people ever put on a floating vessel, at one point carrying a staggering 16,683 people at one time.

After its illustrious career as a military transport vessel, the HMS Queen Mary reverted back to a luxury passenger liner after the war, a job it would continue to do until the 1960s, when the popularity of passenger liners began to wane and the ship was eventually decommissioned in 1967, after which it was moored at Long Beach, California and turned into a floating museum and hotel. And thus ended the illustrious career of the great HMS Queen Mary, with a total of 1001 transatlantic voyages under its belt and various military accolades, its mark upon history assured. However, the story of this legendary vessel did not end there, and in the decades since being permanently docked, the HMS Queen Mary has accrued quite a sinister and eerie reputation for being intensely haunted

The tales of hauntings and paranormal phenomena aboard the HMS Queen Mary are almost as famous as her colorful history. In a way it makes sense that there should be some ghostly occurrences here, as there are at least 50 recorded deaths aboard the vessel during its lifetime, and the ship was also involved in a fatal accident during World War II, when it struck the vessel Curacoa resulting in 338 deaths. Perhaps some of these dead from the war have decided to stick around, and indeed ghostly wails and frantic banging are said to be heard on occasion from the hull and the bow area that had struck the Curacoa in the tragedy. Another one of these would certainly be the specter that reportedly inhabits the engine room. Here there are frequent reports of pipes banging, as well as sudden temperature drops, floating lights, the engine room door inexplicably heating up, and anomalous smoke, all said to be the doing of a 17-year old sailor named John Henry, who died here in a fire during war time. The massive, abandoned boiler room incidentally has at least one other spirit in the form of the ghost of a fireman named John Pedder, who was crushed by an emergency door here in 1966 and appears as a ghostly figure in blue overalls wandering the area around the door, known as “Door 13.” 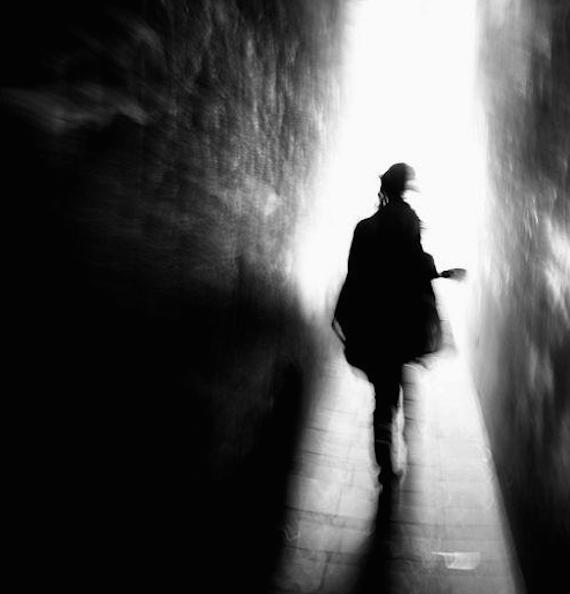 There are certainly numerous other ghosts and phantoms on the vessel not connected to the war, and there are many areas of the ship that seem to be magnets for the paranormal. One intensely haunted area of the ship is the first and second class pool areas. The first class swimming pool, once a lavish space of shiny tile and opulent décor, now sits empty and used, yet there are often reported to be the sound of splashing or of wet footprints about even though there has long been no water in the pool. The specters of several women in period swimsuits can also be seen walking or lounging about here before blinking out of existence or phasing through walls out of sight. These particular entities seem to show no awareness whatsoever of being observed or of others around them, and they largely go about their business as if they are still on their luxury cruise.

Both of the pools also supposedly harbor the spirits of several children, who can be heard laughing, giggling, or running around. The most famous of these is a spirit called Jackie, which inhabits the second class pool and is said to be a girl who drowned during the luxury liner’s heyday. Jackie purportedly carries with her a teddy bear, often calls out for her mother, and will allegedly sometimes whistle or hum “Twinkle Twinkle Little Star.” Eerily, she is also known to hum or whistle back songs that visitors sing, with some ghost hunters doing this in an effort to draw her out. A companion of Jackie’s is the ghost of a girl called Sarah, who is known as being rather mischievous and prone to acting up, sometimes tugging at clothing, tapping, pushing or even slapping guests. Even spookier still is a ghost said to prowl the pool area that leaves behind the smell of cigarettes and is known for growling ominously, leading to the spirit’s nickname “Grumpy.” The pool’s changing rooms have their own strange phenomenon as well. A woman is said to have been murdered here, possibly raped as well, which has led to an oppressive sense of dread that can suddenly overwhelm visitors, and there is also sort of vortex that is said to swirl here through which various spirits travel to and from the ship.

Many of the ship’s other areas are haunted as well. Some of the staterooms are known to be intensely haunted, in particular stateroom B-340, which is so plagued with paranormal activity such as lights turning on and off, the phone ringing with no one on the line, faucets turning on by themselves, moving furniture, sheets ripped off of the bed, and numerous anomalous noises, that it is no longer rented out at all. Stateroom B-474 also has a spirit in the form of a little girl called Dana, who is said to have been murdered there along with her family. A shadowy figure of a man wearing a 1930s style suit is also often seen wandering about the staterooms on some inscrutable errand. 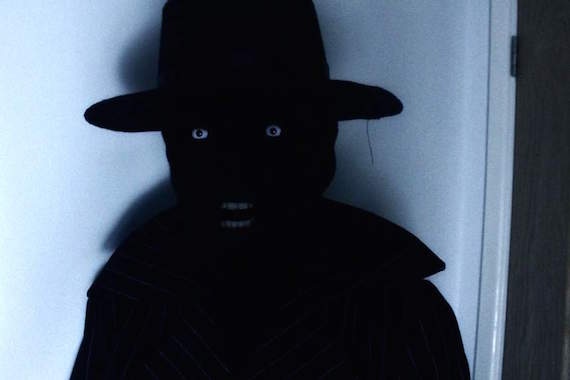 The ship’s playroom and nursery is home to disembodied infant crying and the pattering of unseen little feet. The Queen’s Salon and first class lounge has the specter of a pretty woman dressed in flowing white vintage dress, who can be seen dancing alone in the corner, and another mysterious woman in white is sometimes seen sitting at the front desk late at night. The lobby area is also supposedly prowled by a sinister spirit wearing a yellow fedora and apparently possessing rotten teeth. Other assorted areas of the ship that are haunted include the Captain’s cabin, the helm, and the Winston Churchill’s suite, which are often permeated by the smell of phantom cigar smoke, supposedly from the former captain Treasure Jones, who loved cigars. Then there is the ship’s bar, where the ghost of a man in 1930s clothing, with slicked back hair and a top hat, will sit down next to unsuspecting patrons and even talk to them, only to vanish right before their eyes or walk through the wall towards the men’s restroom.

The promenade is also supposedly haunted by several spirits. One is said to be that of a man named William Eric Stark, who in life made the mistake of drinking the contents of a bottle of cleaning fluid thinking it was gin. His health would rapidly deteriorate until he died in a fit of coughing and choking, and this choking and gagging is a distinct attribute of his ghost as well. Stark can apparently be seen as a spectral figure around the promenade, hacking and coughing even in death. Also on the promenade is the ghost of a boy of 5 or 6 years of age, who is called Daniel. This particular ghost is always seen wearing blue clothing, and can be spotted wandering about the promenade and the observation bar, often just standing in the dark staring at people. 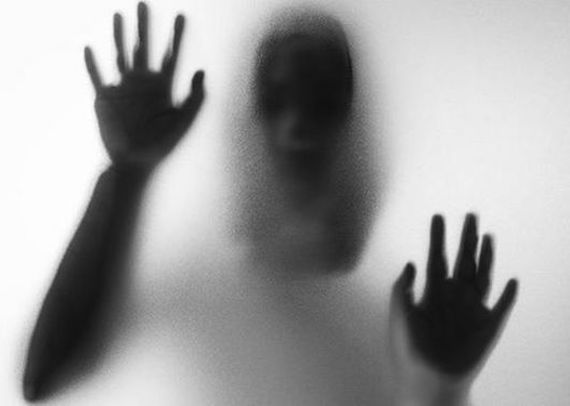 Other assorted phenomena throughout the ships include shadow figures lurking about or looming behind visitors, the potent feeling of being watched, moving or levitating objects, ghost lights, banging, knocking, disembodied voices of footsteps, electrical malfunctions, drastic temperature fluctuations, various unexplained odors, and many, many others, to the point that the HMS Queen Mary holds a reputation as being one of the most intensely haunted places there is. This reputation has made it a haven for ghost hunters and paranormal investigators, including TV shows such as Ghost Hunters and Most Haunted, and it is a popular destination for psychics. Indeed, the famous late psychic named Peter James spent a good amount of time here, and was instrumental in uncovering and identifying many of the lost souls wandering the corridors of this vessel, and there are estimated to be hundreds of individual spirits clinging to this place, eternally anchored to this one vessel.

Why should so many spirits find themselves tethered to this one particular place? After all, there are many retired ships in the world with pasts perhaps even more peppered with death and tragedy than the HMS Queen Mary. How is it that this place has managed to draw about it so many ghosts and why are they so hesitant to let go of it? Are they individual, free roaming entities or are they just some sort of imprint of the past, as an image to a photograph? Or is this just spooky tales and an attempt to play up these scary stories for tourist dollars? It is a mystery as to exactly why certain places should become haunted and attain such spooky reputations as the lairs of ghosts, but whatever the reason is, the HMS Queen Mary is certainly ranks up there as one of the more intriguing, looming there over the waves as it always has, its ghosts, whether real or imagined, lingering about as they perhaps always will.