Trading Our DNA Could Save Us from Being Annihilated by Aliens

Science fiction is full of tales of malevolent alien races who invade Earth in an attempt to enslave, annihilate, or assimilate the human race. In most of these, ragtag bands of human survivors band together to bravely fight off these invaders and reclaim our home planet through sheer bravery and a little help from Bill Pullman. 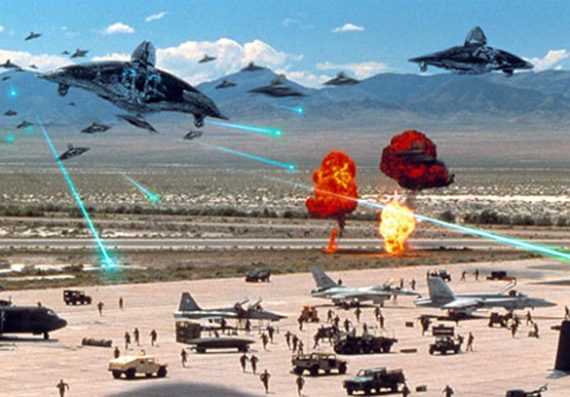 While it’s nice to imagine that the indelible human spirit might be able to save us from extraterrestrial conquerors, the fact is that if any hypothetical alien races are advanced enough to launch a large-scale invasion on Earth, we’re probably boned from them start. Luckily, we may have a bargaining chip that we could use to bribe our way out of becoming pets for unfathomably terrifying alien masters: our own DNA.

That sobering idea was proposed this month by Daniel Helman, professor of Labor Relations and Trade Unions at Ton Duc Thang University in Vietnam. Helman gave a presentation at the International Space Development Conference in Los Angeles arguing that since any advanced alien race would view our technology and commodities as inferior, our genetic material might be the most valuable thing we have to trade for our lives.  “Our environment is unique, hence the genetics of all the organisms here and in the solar system are unique,” Helman argues.

Trading our own DNA would also ensure that the human race, even in test tube form, would survive any natural or man-made catastrophes which might render our planet lifeless. Helman also notes that viewing DNA as a tradable commodity in this way also serves as a “utilitarian reason to promote biodiversity” here on Earth. If there are such things as intergalactic zoos filled with wondrous creatures from every corner of the universe - another popular theme in science fiction - the DNA of all of the other lifeforms here on Earth might be valuable as well.

Still, the idea isn’t sitting well among other academics who study potential human-alien interactions. Some argue that trading our DNA could make us vulnerable to genetically engineered weaponized diseases specific to our genetic code, or even make human life on Earth expendable in the eyes of superior alien races who might be able to clone new races of better humans elsewhere.

What would Bill Pullman do?

UFOs and ‘The West Wing’