Spotting a UFO might be a source of wonder and curiosity for most of us, but for those individuals tasked with upholding security, spotting anomalous objects whizzing around in the sky can be incredibly stressful. UFOs have been known to penetrate restricted airspace or stalk military vehicles, leading to all sorts of alarms and tense situations. While the skeptic in me tends to think that these sightings are the result of adversarial nations spying on sensitive locations, some might claim that these events demonstrate unknown beings’ interest in our defensive capabilities.

Whatever the explanation for these sightings is, security forces in India recently responded to an unidentified aerial object seen hovering above Prime Minister Narendra Modi’s residence in New Delhi. On the evening of June 7th, security forces spotted a round object directly above the residence, causing a mild panic and sending personnel scrambling to locate and identify the orb. According to the Hindustan Times, the Prime Minister’s own security forces searched the area with the assistance of the Indian Air Force, Central Industrial Security Forces, and Delhi International Airport, but nothing was found. 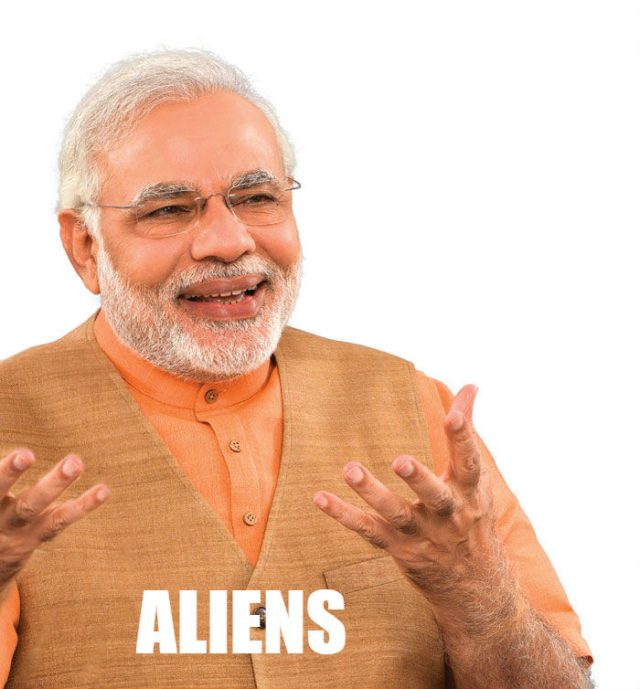 Delhi police chief spokesperson Dependra Pathak confirmed that some type of object was indeed seen above the PM’s residence but refused to give any more information:

The Delhi Police was also roped in, which ensured a temporary additional deployment on the outer periphery of the PM’s residence, while other security agencies performed the drill to hunt the suspected threat down. The sighting was reported but nothing threatening was found. More details cannot be shared keeping security reasons in mind.

While many Indian Twitter users have taken to mocking this breach of security, breaches of airspace are no laughing matter - especially given that Modi was recently the subject of a foiled assassination plot. In all likelihood, the UFO was likely a drone. Could it have been related to the assassination attempt? As the recent violence in Gaza demonstrates, however, even small drones can be fitted with explosive or incendiary devices powerful enough to cause personal injury. What can be done about this growing threat?

A Snake With Legs? Science, Genetic Mutation, and the Search for New Species