Like me, the late Brad Steiger had a deep interest in the phenomenon of the Men in Black. One of the more thought-provoking accounts he shared with me demonstrates just how incredibly weird the whole MIB phenomenon really is. Brad began as follows: "After more than 50 years of research in the UFO and paranormal fields, I have come to the conclusion that many of the mysteries that bedevil us are products of a reflexive phenomenon.  This reflexive action does not usually occur in the more mundane pursuits of architecture, industry, mining, agriculture and the like, but once one begins actively to pursue Ufology or psychical research, one runs the risk of entering a surreal world in which the usual physical laws do not apply."

Now, without interruption, I'll let you read the rest of Brad's thoughts, along with a couple of very strange events that impacted on his life: “In the case of the mythos of the Men in Black, I suggest that that eerie enigma may have begun with the machinations of a human agency assigned to investigate the actions of the more high profile investigators of the phenomenon and the more convincing witness of UFO activity with the goals of learning more about the growing interest in a worldwide phenomena.  Somehow along the way, this activity of the human surveillance of other humans caught the interest of a nonhuman, paraphysical agency that has for centuries pursued goals that remain elusive, even sinister, to the individuals whom they visit.  Whether motivated by a bizarre sense of humor, an essentially malicious nature, or a desire to learn how much some humans know about their eternal secrets, the Others began knocking on the doors of those who had witnessed or who had investigated UFO activity.

“Some of my experiences with the MIB seem most certainly the product of human surveillance that in most instances was conducted with awkward fallibility. Once in the golden era of MIB activity in the late 1960s while speaking to a fellow researcher on the telephone, our con­versation was interrupted by a metallic-sounding voice chanting: ‘Ho, ho, UFO!’ Because it seemed that this got a rise out of us, this merry chant was repeated on a number of telephone calls with other investigators. 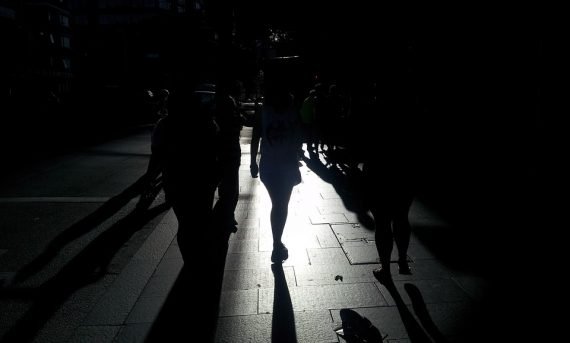 “A friend who had been doing a great deal of research on my behalf told of the time when he was anticipating a visit from me. He picked up the telephone to make a call on his private line, only to hear the following bit of conversation:

“‘Has Steiger arrived in town yet?’

“‘What motel will he be staying in?’

“‘The [correct name of the motel in which I had made reservations].’

“‘Don’t worry. Everything is set.’

“At this point my friend broke in and asked who the hell was on his private line. There was a stunned silence, a click, then the steady buzzing that indicates a clear line. I had my own experience with the awkward telephone spies when I checked into a hotel and found that the bell man had missed one of my suitcases - the most important one with the slides for my lecture.

“I picked up the receiver to hear a man’s voice inquire: ‘When is he supposed to check in?’

“‘He is already in his room,’ I said in reply, though I knew the query wasn’t asked of me.'

“Other experiences with the MIB are not so easy to place in either the Human or Non-Human category. A friend of mine was traveling in England before starting on an around-the-world junket with a layover in Vietnam to visit his son in the armed forces. He was walking near a railway station in London when he noticed three men dressed completely in black staring at him.

“When my friend returned their collective stare, they approached him and asked him which train they should take for such-and-such a city. My friend calmly pointed out that he was a tourist, and it made a good deal more sense for them to ask at the information booth just a few feet away.

“My friend turned on his heel and walked away from the odd trio, but a glance over his shoulder told him that they were still standing there staring at him, unmindful of checking with the information booth. Sud­denly ill at ease, my friend hailed a taxi and went directly to his hotel.

“When he got to his room, an uncomfortable sensation prickled the back of his neck and he glanced out his window. On the street corner, looking up at his room, were the three men. Baffled, he tried to push the incident from his mind. 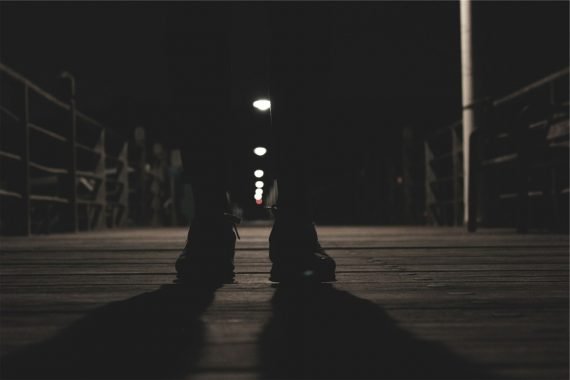 “A day or so later, though, he was confronted by one of the men who told him straight out: ‘You are a friend of Brad Steiger. Tell him we shall visit him by Christmas.’ My friend had only a peripheral knowledge of the UFO can of worms, but he returned to his hotel room and wrote me a long letter with the above details.

“Not long after I had received his letter, I visited a friend in another city and told him about the bizarre experience my correspondent had encountered in London. ‘Humph!’ Jim snorted over the lunch we were sharing. ‘If those monkeys come to see you this Christmas, send ‘em down to talk to me. I'd love to get one of those characters in my hands. I would solve this man-in-black mystery you've been telling me about!’

“I laughed and warned him that he had better be careful or he might get his wish.

“I had not returned from my trip by more than a few minutes when the telephone rang.  It was Jim calling. Wondering if I might have left something at his place of business, I was informed that I had indeed left a most peculiar something behind me.

“Jim told me that I had no sooner started my homeward journey than he was told that a gentleman wished to see him. A secretary ushered a man of average height into Jim's office. But my friend said that his visitor was the thinnest human being he had ever seen.

“‘He was cadaverous, Brad,’ Jim told me. ‘He looked like those World War II photographs of someone in a concentration camp. But he seemed alert enough, and so involved in his quest that he ignored my proffered hand of greeting. In fact, I tried to push shaking his hand, but he refused to touch me.'

“‘I hear you want to be the head of UFO’s in Iowa,’ he said quickly.

“‘He took out a wallet, flipped it open, then shut, before I could see any identification. I can’t really recall anything else he said, because it was all so damned nonsensical. Soon he was gone, and I was still sitting there dumbfounded.

“‘I jumped to my feet, though, when I heard his car starting. I got a good look at his automobile and I wrote down its license number. I can't tell you what make of car it was. It looked like a combination of three or four different makes and models, but it didn't really look like anything I had ever seen before. And the license number didn't check. The High­way Patrol said there was no such Iowa plate registered. A friend in another branch of state government, who owed me a favor, said the plate wasn't registered to any government agency, either.’"

Strange and Anomalous Mystery Villages of the World