When A UFO Isn’t Really A UFO

As a follow-up to my earlier article, "UFOs and a 'highly classified group,'" I thought I would share with you a couple more stories that demonstrate how very careful we have to be when it comes to the matter of analyzing alleged crashed UFO cases. That aforementioned article suggested that the 1952 story in question may have had far less to do with real crashed UFO materials, and far more to do with a secret program to convince the Soviets - in the early years of the Cold War - that the U.S. Government had recovered highly advanced alien technology. When, in reality, it may well have recovered nothing of the sort. Mind-games designed to confuse and concern the Russians may have been the primary goal.

There is another aspect to the matter of tales of crashed UFOs and how such tales often turn out to be something else entirely. I live in Arlington, Texas, which is about a 130 mile-drive to Wichita Falls. And, I get a lot of stories from people who have had UFO encounters in the Lone Star State. There is a reason why I mention that. More than a few years ago, I interviewed a woman who told me how her father, in the early 1980s, had told her of his involvement in the recovery of a crashed UFO somewhere in the Wichita Falls area, in the latter part of 1960. The woman was only in her teens when she was told of the incident, and much of it was hazy by the time it reached my ears. But, the data available to me suggested that we might have been dealing with something quite significant. In a way, it was significant, as you will soon see. 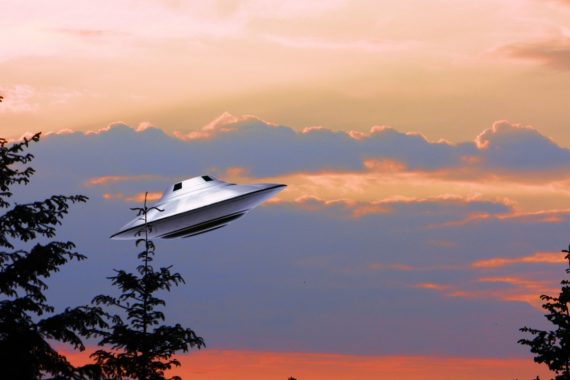 Over the years, I have taken a deep interest in a U.S. military program called Project Moon Dust (also referred to in some official documents as Moondust). A product of the Cold War, Project Moon Dust was created to secretly recover the likes of Soviet missiles that had gone astray, the remains of Russian space-satellites, rocket-boosters, and more. In other words, it was an operation designed to secure foreign technology for the U.S. military.

Some of the Moon Dust documents refer to UFOs, and the need to recover them. This has given rise to a theory, within Ufology, that Moon Dust was comprised of an elite unit of personnel whose role it was to secretly retrieve the remains of spaceships from other worlds, even their extraterrestrial crews. If, however, you take a good look at all of the presently available documents on Moon Dust (as I have), it becomes clear that the term "UFO" was used in literal terms by the team: objects that, for a while at least, remained unidentified. That is, until they were identified as Russian technology, and in some cases even Chinese.

It turns out that one of the many, now-declassified Moon Dust papers describes the crash of something which came down at Wichita Falls in late 1960 - which sounds very much like the same story told to me. The date of the document is October 11, 1960. The document was sent to the Director, Special Investigations, Headquarters USAF, Washington 25, D.C. It states the following:

"Reference is made to telephonic spot report from this district office of 28 September 1960, referred to AFCSI-6D, concerning a Moon Dust report in the vicinity of Wichita Falls, Texas, on 28 September 1960. On 4 October 1960, the Assistant Provost Marshal at Sheppard AFB, Texas, Major CARTER O. COOPER, advised that an ATIC Team from the 1127th USAF Field Activities Group, Ft. Belvoir, Virginia, headed by a Capt ALEXANDER had investigated the incident. According to Major COOPER, the evaluations of the ATIC team could not be released at this local level; however, he said he had been informed unofficially that examination of recovered fragments indicated the incident did not come within the Moon Dust category."

The document continues: "Maj E. J. GALAINI, 4245th Strategic Wing (SAC), Sheppard AFB, Texas, received a report at 0425 hours on 28 September 1960 from an unknown source to the effect that an unidentified flying object (UFO) had crashed some five (5) or eight (8) miles west of Wichita Falls, Texas. Sheppard AFB Air Police conducted investigation at the scene and also learned that the reported incident had been observed by several civilian police officers of the Wichita Falls Police Department."

We are further told: "At the scene, miscellaneous charred debris, including shreds of a parachute, reportedly was recovered and maintained in custody of the Sheppard AFB Provost Marshal. Major COOPER, who came to Sheppard AFB from an assignment involving work related to Moon Dust, made a personal evaluation." 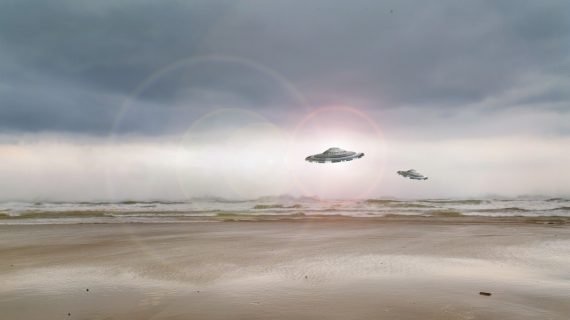 Yes, there was that charred debris. And, yes, there were indeed portions of what was clearly regular, normal parachute material. But, nothing else. Speculation suggested that perhaps a military device had gone astray, maybe even an American device.  So, we have something that, in the documentation, was referred to as a "UFO," but which clearly had down to earth origins. And, years later, in the early 1980s, one of the team told his daughter a tale of the day that dad was involved in the recovery of a UFO. Which was absolutely true in the literal sense. But, that didn't make the UFO an alien spacecraft.

Back then, the term "UFO" was often used to describe probable Soviet technology that was still being studied. And, when it was identified, it was no longer a UFO. Ufologists would do well to remember this:  what "UFO" means to us, doesn't always mean the same for the U.S. military.

Bizarre Encounters with the Batsquatch