Aliens in a Diner?

The strange saga of Truman Bethurum - a man who, in the early 1950s, claimed flirty encounters with a hot space-babe named Aura Rhanes - is one which provokes either hoots of derision or deep intrigue. I have friends who fall into the former category and others who fall into the latter. A good case can be made, though, that Bethurum's encounters were born out of a combination of sleep paralysis and a yearning for something beyond two failed marriages. But, according to Bethurum, it wasn't all fun and flirty action.

On two occasions, Bethurum said, he encountered Aura Rhanes under circumstances very different to those which occurred out in the desert, with Rhanes’ huge flying saucer and her crew of little men in view. These additional encounters saw Rhanes operating in what can only be termed disguise. There was nothing flirty or friendly about these close encounters, however: they were downright hostile. The first occurred around 3:00 a.m. – a time when a wealth of supernatural activity typically occurs - one August 1952 morning.

Bethurum and a work friend, "Whitey," had just finished their shift and decided to head off in Whitey’s pick-up truck to a favorite, all-night diner in Glendale, Nevada. Whitey was someone who Bethurum had quietly confided in about his experiences with Aura Rhanes. He was also someone who, although fascinated by Bethurum’s claims, was somewhat skeptical of the story. That is, until they entered the diner. Any skepticism Whitey had was very soon to be wiped out. As the pair sat and drank coffee and ate pie, a noticeably quiet Whitey elbowed Bethurum in the ribs and motioned him to take a look at the end of the counter. Bethurum looked up. He was amazed and shocked to see Aura Rhanes, and an equally small male individual, standing there. 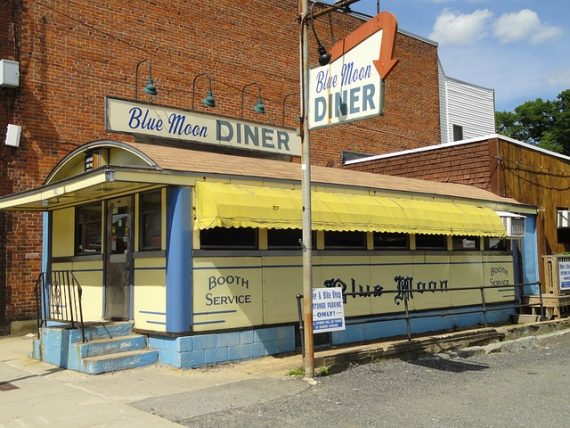 “It’s her, isn’t it?” asked Whitey. Bethurum nodded, pretty much in a state of near-shock. Both men watched carefully as Rhanes and her colleague took seats at a window table. In stark contrast to everyone else in the diner, Rhanes was dressed in black: black beret, wraparound black sunglasses, black velvet blouse, and black boots. The only thing that wasn’t black: a “glaring red” skirt.

A worried Whitey asked: “What are you going to do?” Bethurum knew exactly what he was going to do. He composed himself, and walk over and talk to them. Whitey, however, was having none of it. He quickly exited the diner, preferring to sit in his truck, in the overwhelming darkness of the desert, rather than confront creatures from another world.

Perhaps trying to be a gentleman and tactful at the same time, Bethurum asked: “I beg your pardon, lady, but haven’t we met before?”

Rhanes slowly looked up, glared at Bethurum with a wide-eyed and hostile stare, and uttered just one word: “No.” In private correspondence with fellow contactee, George Hunt Williamson, Bethurum said that Rhanes’ “no” was uttered in a chilling, "demonic" tone. Almost like a “deadly hiss,” to use Bethurum’s own words.

Bethurum wasn’t taking that for an answer: “You very closely resemble a lady I met some time ago out on Mormon Mesa.”

The only response was another “No” of a very threatening style. Bethurum evidently didn’t get the message. He blundered on with his line of questions. The answer was the same again and again. All the time, the weird little man with Aura Rhanes – who also sported dark sunglasses - said not even a single word. Bethurum clearly recognized this odd behavior (or, rather, non-behavior) on the part of Rhanes’ comrade: “The man did not give a hint that he either heard me or was even aware of my presence. He could have passed as a blind [and] deaf mute.” 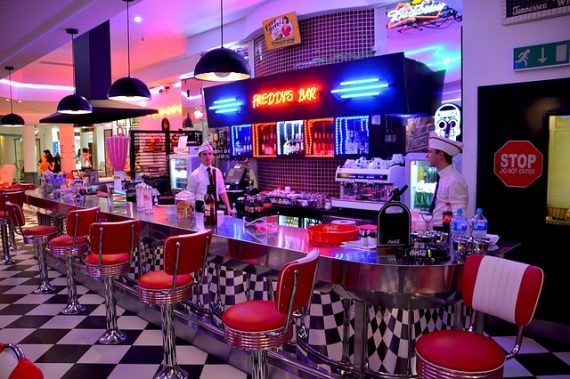 As Bethurum walked away, and back to his table, the waitress came over – she just happened to be someone else that Bethurum had told of his otherworldly experiences. She said to him: “They are surely the saucer people you told us about.”

He replied: “I thought so, too. But it may not be. The lady has on dark glasses and the man had a scar on his face.”

The waitress gave a strange response: “I noticed that too, but it is not a scar. It is only penciled on.”

With that, the odd little man motioned for the check. In a few moments, it was paid and the pair headed for the door. The waitress raced over to Bethurum and said: “The lady told me to tell you that she knows you, and that she was sorry and ‘yes’ is the answer to some of your questions.”

It was then that something very strange happened, as Bethurum noted: “I saw them only a step from the door, before I turned to pay my check. When I turned back they were gone. I rushed outside, and there stood Whitey puffing nonchalantly on his cigarette.”

When a dumbfounded Bethurum asked where the pair was, Whitey replied: “They never came out. Honest, Tru; not a blessed soul passed through that door until you came out.”

Conspiracy, Rumors, and a Mystery Event in Siberia Which Turned Day into Night