Whether you believe it or not, this story has everything – alien abductions of unusual animals; a woman whose name you don’t want to Google (you’ve been warned); an oddly-named Australian town where strange farming experiments have been conducted. Throw in the chance to talk about alien ab-DUCK-tions and this is a duck tale you can’t pass up.

The story begins in Humpty Doo, Northern Territory, a small town about halfway between Darwin and Kakadu National Park. The Djerimanga or Woolner indigenous Australians were the original residents until around 1864 expedition when the Europeans arrived. The name Umpity Doo first appeared on a survey plan in 1910 and may be derived from a colloquialism for "everything done wrong or upside down," a corruption of an Aboriginal term for “popular resting place,” or an Aboriginal slang term for “two humpies.” No, it’s not what you think (this one is OK to Google) – a humpy or gunyah is an Aboriginal form of a lean-to, a small shelter built up against a tree.

Before acquiring its unusual name, Humpty Doo was used for growing crops to feed Chinese miners brought to work in the nearby Pine Creek gold mine. "Everything done wrong or upside down" might have applied here – the mine owners experimented with rice, sugar cane, coffee and rubber, but none struck farming gold. A second experiment involved flooding the area for rice, but it failed due to saline soil, hungry geese, bad drainage and poor management (what does Umpity Doo mean again?). The Fogg Dam still exists and is considered to be a good place for bird watching. 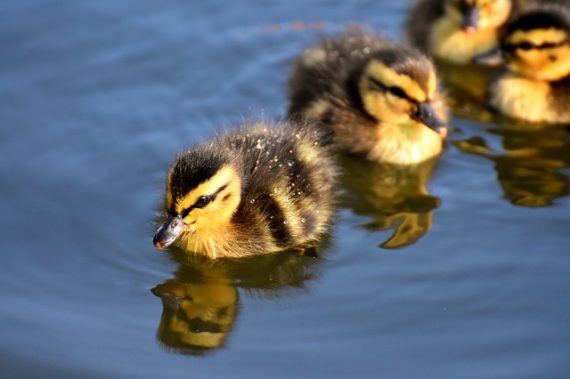 Which brings us to the ducks … and possibly the extraterrestrials watching them. Humpty Doo resident Desi Friend (remember, Google the name at your own NSFW risk) recently reported to the local NT News that eight of her ducklings, all flightless due to clipped wings, mysteriously disappeared from her locked yard.

“Mysteriously over the course of two weeks, one by one they disappeared into thin air. There’s no sign of any forced entry, there’s no feathers, there’s no big fat snakes, there’s no dogs, there’s no evidence at all. A wild dog couldn’t have got past my dog and would have left feathers or a mess – and a snake couldn’t have eaten eight ducks in three weeks.”

Desi obviously knows ducks and also knows HER ducks – she says whatever took them knew to take the best young ones and left her with the less desirable and aptly named Squawky Duck and Old Duck. So, what else could have taken them?

“So it must be alien forces, that have left me my two worst ducks. They must prefer ducks. They were Muscovy ducks so they were massive – at least double the size of the regular ones.”

It’s true – whatever took the ducks left her chickens and horses. But aliens? Are you sure about this, Desi?

“There’s space to land the spaceship.”

Well, that settles it. Or does it? The majority of alien animal abduction stories are about cattle and cattle mutilations, not ducks. Nick Redfern has shared accounts of human abductees seeing dogs, big cats and even Bigfoot on spaceships, but no ducks.

Is Desi Friend of Humpty Doo the victim of the world’s first alien ab-DUCK-tion or is her story too daffy? Did ETs really come down for down? I don't know about you but it quacked me up.