Aztec: The Most Controversial “Crashed UFO” Of All?

If you thought that Roswell was/is the most controversial of all alleged crashed UFO cases, you would be wrong. There is also the matter of the much-debated claims of a UFO crash at Aztec, New Mexico in March 1948. It’s a story which was made famous in Frank Scully’s 1950 book, Behind the Flying Saucers, a book which turned out to be a huge seller. Many researchers of the UFO phenomenon (although certainly not all, such as Scott and Suzanne Ramsey) dismiss Aztec as nothing but a hoax, one perpetrated by a shady businessman / conman named Silas Newton. 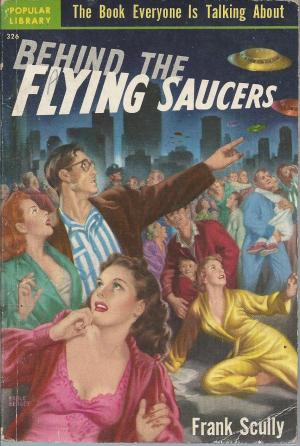 There is an interesting aspect to the Newton / Aztec story, which is worth noting. By his own admittance, and after the Aztec story surfaced, Newton was clandestinely visited by two representatives of “a highly secret U.S. Government entity,” as the late UFO researcher (and CIA employee) Karl Pflock worded it. Those same representatives told Newton, in no uncertain terms, that they knew his Aztec story was complete bullshit. Incredibly, though, they wanted him to keep telling the tale to just about anyone and everyone who would listen.

This led Pflock to wonder: “Did the U.S. Government or someone associated with it use Newton to discredit the idea of crashed flying saucers so a real captured saucer or saucers could be more easily kept under wraps?” Far more intriguing, though, is the next question that Karl posed: “Was this actually nothing to do with real saucers but instead some sort of psychological warfare operation [italics mine]?”

Pflock - a CIA intelligence officer, and a Deputy Assistant Secretary of Defense in the Reagan Administration - was not just fascinated by the Aztec saga of 1948, per se. He was also fascinated by the possibility that someone in the government, the intelligence community, or the military – and maybe even a combination of all three – had created the story to hide something else. Or, at the very least, had encouraged the telling and retelling of the Aztec story for psy-op-based reasons.

I know just how fascinated Karl was when it came to Aztec and the claims of Newton and that “highly secret U.S. Government entity.” I first met Karl in 2003 – at a UFO gig in the small town of Aztec, New Mexico. For a number of years, the conference was a yearly event. But, no more. Karl and I were in touch by landline and fax (how quaint) as far back as the mid-1990s. When Karl and I finally met, he near-immediately suggested that we should write an Aztec-themed book. Karl’s reasoning was that he knew the story very well, and, via the provisions of the Freedom of Information Act, I had uncovered hundreds and hundreds of pages of material – chiefly from the FBI – on the Aztec controversy. He thought we would make a good team, and particularly so now that I lived in the U.S. – and specifically in Texas, which is, of course, not at all far from New Mexico, where Karl resided and where the 1948 crash supposedly happened. 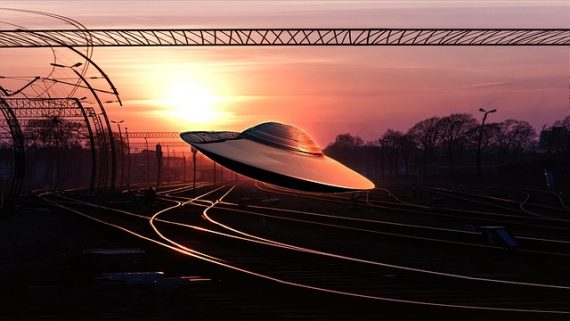 As I listened, Karl told me that his idea was, essentially, to make the book a biography on Newton, but with the Aztec affair being the main thrust. I thought it was a good idea and Karl suggested we prepare a synopsis. Which is exactly what he did. The book was going to be called Silas the Magnificent: A True Tale of Greed, Credulity, and (Maybe) Government Chicanery and Cover-up in 1950s America. Note that the book makes no mention of UFOs in its title and sub-title.

Unfortunately, the project was permanently derailed when Karl fell sick with Amyotrophic Lateral Sclerosis, also referred to as Lou Gehrig’s disease. He unfortunately died from the effects of ALS on June 5, 2006, at the age of just sixty-three. Karl is gone, but the synopsis still exists. It would have made a good book. And, very possibly, it just might have revealed more of the psy-op/disinformation aspect of Aztec and of other crashed UFO yarns of bygone decades.

More Anomalous Big Cats Seen and Filmed Across the UK