While Elon Musk is using some of his non-Mars-destined billions to build flamethrowers for home use , the Chinese military is working on portable laser weapons about the same size as Elon’s “Not a Flamethrower” that really are not flamethrowers – the promotional info says they can fire a laser at a target 800 meters (.5 miles) away and, if the target is wearing clothing over its skin, cause “instant carbonisation” and the “pain will be beyond endurance.” Those disappointed in their “Not a Flamethrower” who want something more like this will have to join the Chinese Armed Police … for now. 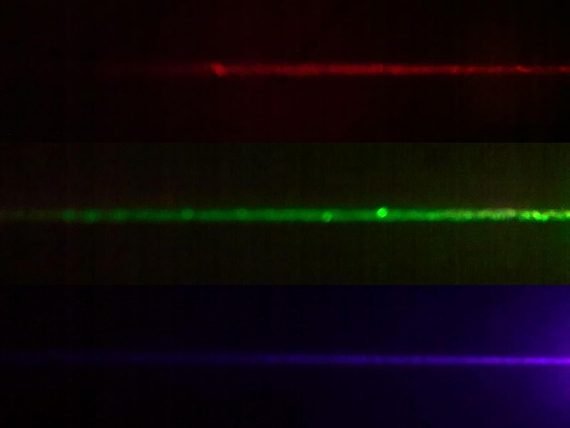 The prototype was said to have been built by ZKZM Laser, a technology company owned by the Xian Institute of Optics and Precision Mechanics at the Chinese Academy of Sciences, but the only source of information seems to be the South China Morning Post, which revealed this week that the laser company is seeking a partner, preferably in the weapons or security industry, to begin production at a cost of 100,000 yuan ($15,000 US) per ZKZM-500 laser assault rifle.

“Nobody will know where the attack came from. It will look like an accident.”

Might Elon Musk be interested in investing as a potential weapon to take to Mars? Possibly … but for now the only customers allowed are China’s military and police. They’re undoubtedly anxious for such a powerful weapon that weighs about as much as an AK-47 and can “carbonise” a living person. Of course, that would be inhumane so the promotional material is said to emphasize non-lethal uses, like starting fires or setting the hair of protest or enemy leaders aflame so that they lose “the rhythms of their speech and powers of persuasion.”

Screaming as your scalp burns away will do that.

While the mere threat of the ZKZM-500 laser assault rifle may strike fear in the hearts of criminals and enemy soldiers, the reality that the announcement included no actual demonstration and questionable physics did not impress techies or weapons exerts. TechCrunch pointed out that the rechargeable lithium battery packs said to be used on the ZKZM-500 – like the ones on your cellphone that is constantly out of power – are incapable of providing the advertised capabilities of “a thousand two-second shots” or a half-hour of firing. Also, attenuation – the gradual loss of intensity – occurs after just a few dozen meters of a laser passing through air – let alone smoke or glass or whatever else is between the gun and its target.

“The pain will be beyond endurance.”

Is that the pain caused by the actual if-it-exists ZKZM-500 laser assault rifle or the pain of embarrassment when the investors see the prototype?

Will it ever be available to the general public?

Something Stinks About the Mysterious ‘Brown Rain’ in Canada