The Gault site, located just outside of Austin, Texas, has been known to archaeologists for the better part of the last century. Discovered by Henry Gault, a landowner who worked as an archaeological informant in the early 1900s, the site was officially excavated for a period beginning in 1929, under the supervision of J.E. Pearce with the University of Texas. It was reportedly looted a number of times over the ensuing years, prior to new ownership of the property that led official test excavations that began in 1991. By the end of the decade, formal excavations that would continue well into the new millennium were underway.

Over the course of several dig seasons in recent years, Gault has become recognized by archaeologists as a site of particular significance, due to the number of complete lithic assemblages recovered there.

However, the number of artifacts found at the site is just one of the reasons it has American archaeologists so excited. Among the most recent discoveries at the site, new evidence of early occupation is pushing back the timescale on human arrivals in North America, lending further evidence toward the idea of earlier migrations into the western hemisphere than once believed.

Specifically, the Gault site has yielded intricate projectile points from its deepest strata that are well in advance of the Clovis culture. These artifacts not only count among several existing pre-Clovis discoveries in the Americas, but are accompanied by dates obtained via optically stimulated luminescence that suggest an age of 20,000 years or more, effectively placing them among the oldest of their kind found in North America to date.

Excavations at Gault over the years turned up numerous unique discoveries even before the discovery of its pre-Clovis assemblages. The site's Clovis horizon, for instance, produced a number of fluted projectile points similar to those seen in the image at the top of this page (note that the points featured in the top image are associated with the Rummells-Maske Site in Cedar County, Iowa, rather than Gault, and are used here only for illustrative purposes).

Alongside these points was a fragmentary basal portion of a Clovis-like projectile, similar to what are identified as "Redstone" points in the Southeast (these are similar enough to a preexisting type of projectile point, called Gainey, that many experts consider the two types one and the same). Prior to its discovery amidst the Clovis assemblage at Gault, little data had been obtained for in situ discoveries of Redstone points; additionally, few--if any--had ever been documented in association with a site as far west as Gault. In total, more than 600,000 artifacts identified with the Clovis culture were recovered from the site.

Subsequent dig seasons at Gault continued to produce surprises, and the latest paper published in Science Advances gives full details of the pre-Clovis discoveries, in addition to the dating methods used to determine their provenance.

Luminescence dating, a technique which relies on stimulation of minerals in various ways in order to discern when they were last exposed to sunlight or significant amounts of heat, was among the methods employed to date the pre-Clovis strata at Gault. Among the earliest dates recorded in association with artifacts was 21,700 years, with a standard deviation of ± 1.4 ka. “Significantly, this assemblage exhibits a previously unknown, early projectile point technology unrelated to Clovis," the study's authors wrote. "Within a wider context, this evidence suggests that Clovis technology spread across an already regionalized, indigenous population.”

As I noted recently in an article about the Gault discoveries, this is by no means the first time that evidence of a pre-Clovis presence, possibly dating as far back as 20,000 years, has been found in the Americas:

The Topper site in Allendale County, South Carolina, produced similar lithic evidence which dates back at least 20,000 years, though some artifacts recovered from deeper stratigraphic layers there are estimated to be as much as 50,000 years old. Similarly, radiocarbon dates in association with human artifacts at Meadowcroft Rockshelter in Washington County, Pennsylvania, are reliably dated to earlier than 16,000 BC, with one instance of carbonized bark-like material (possible basketry) with evidence of cutting marks dating to 21,070 BP ± 2400. Charcoal recovered elsewhere from Meadowcroft shows 14C dates in excess of 30,000 years (similar to dates retrieved from Monte Verde, Chile, during excavations by Tom Dillehay).  According to J.M. Adovasio, who led excavations at Meadowcroft for a number of decades, the earlier dates are intriguing, but he and others generally work with the more likely nearer dates of around 16,000 years, which are still well in advance of Clovis.

The Science Advances paper can be read online here, which features a wealth of technical data and illustrations depicting the earliest artifacts recovered at the site. For more on the technical significance of these Gault pre-Clovis discoveries, along with an analysis of its impact in the context of advances in American archaeology, see my article "Gault Site in Texas Offers New Evidence of Human Habitation 16 to 20 Thousand Years Ago."

As an addendum, I'll note that many these days, in light of ongoing archaeological discoveries like those discussed here, have commented on how "things keep getting older." That is to say, of course, that archaeologists continue to find more and more evidence for earlier occupations in the New World, as well as advanced behaviors and engineering among early cultures, and refinement of processes that include such things as crafting pottery, agriculture, fermentation, and a wealth of other innovations. 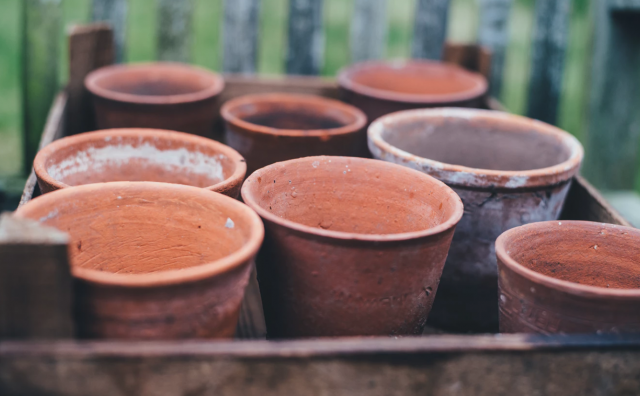 In equal measure to the idea that we're constantly finding broad evidence for things that, at one time, might have seemed historically out of place, it is also important to make the observation that part of what has led to these new discoveries in the first place has been a fundamental change in thinking.

On a number of occasions at American dig sites I've visited where pre-Clovis artifacts ended up being recovered, archaeologists have expressed to me that while such discoveries had been there all along, they were essentially kept hidden for as long as they were by one simple fact: that there had been an expectation nothing would be found below the Clovis horizon. Once archaeologists began pressing on and exploring deeper strata, many were shocked to find evidence of much earlier occupations than previously expected; and inevitably, many were also criticized for presenting these discoveries, even when reliable scientific evidence to account for their provenance was offered.

People are often slow to accept new ideas, although that's certainly not always a bad thing. Science relies on having waterproof arguments, and skepticism is the best defense against unintended leaks. However, with evidence forthcoming that is strongly in support of an idea that might have once seemed impossible, the necessity for acceptance of new data becomes paramount. Rather than to say that things "keep getting older," I think it is important to recognize that we are learning--through science--things like how much earlier humans were traversing areas of the globe, utilizing certain technological innovations, and accomplishing things we simply hadn't conceived they were capable of as recently as a few years ago.

Science is the ultimate tool of discovery, and as it has continued to show us new things about the ancient past, it underscores the same timeless ingenuity of the human spirit at work, both then and now.

Mysterious and Fatal Books of Death Found in Denmark