It takes some serious commitment to be a treasure hunter, even more so when it's sunken treasure. There's a lot of water out there. Sometimes, though, it pays off in a big way. On Sunday, July 15, South Korean salvage company the Shinil Group discovered the remains of  a turn-of-the-century Russian warship, the Dmitrii Donskoi, off the coast of the South Korean island of Ulleungdo, according to the Telegraph. The Russian Imperial Navy ship is believed to have been carrying 200 tons of gold bullion and coins when it was sunk in May 1905 during the Russo-Japanese war. Assuming the gold is still there and hasn't been carried off by miserly Octopus, it is worth roughly $113 billion today.

The Dimitrii Donskoi is a ship that embodies the changing world at the dawn of the twentieth century.  It was a flagship of Imperial Russia, which would itself be sunk a decade later with the Russian revolution during the First World War. The Dimitrii Donskoi was outfitted with both a coal-fired engine and the tall sails used throughout the 1800's. It was by the ship's masts that Divers from the Shinil Group first identified the vessel. The salvage company says of their find:

“The body of the ship was severely damaged by shelling, with its stern almost broken, and yet the ship’s deck and sides are well preserved.”

First deployed in 1883, the warship was sunk after the battle of Tsushima in 1905. Heavily damaged from the battle, it failed to escape the Japanese navy and was put to the bottom of the sea along with the estimated 200 tons of gold, which represented the whole of the funds for the Russian Imperial Navy. It brings to mind an old saying about eggs and baskets. Why keep a very easily sunk fortune clumped together on one very easily targeted ship? Doesn't seem like the best plan, but it was a different time after all.

So what about that immense fortune? The true salvage operation will begin in October or November of this year. The Shinil group hasn't confirmed whether they've found the gold, but they have said that they've found a large number of large iron boxes all in the same place. They're pretty sure it's the gold. 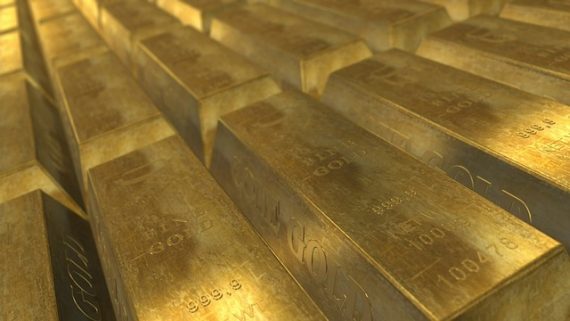 Of course, when you're hoisting gold bullion roughly worth half the GDP of New Zealand out of the middle of the ocean, it's all but assured other parties are going to be after a slice of that sweet, sweet, shiny pie. In this case, Russia wants the whole pie. Yaroslav Livanskiy, from the Russian Public Movement to Commemorate Those Who Died Defending the Motherland, makes the case for a "show of generosity" in a way that almost makes you forget it's just people after a bunch of gold again:

"The cruiser is a priceless find for Russia, an invaluable relic, a symbol of our heroic and tragic past, a part of military history of Russia.

Therefore whatever was discovered on board of the cruiser is inseparable from the overall value of the find."

I'm pretty sure "whatever was discovered" is just about all of the value of the find, apart from the historicity of the ship itself, and you can call me a cynic, Yaroslav, but I have a hard time believing that gold would go into a museum.

The Shinil Group has some sympathy for Russia's argument, however. They say that 50% of the treasure salvaged from the Russian warship will be given over to Russia, while another 10% will be used to develop the island of Ulleungdo, but that could always change in October when gold fever really sets in.

Looking Back at the Texas Ghost Lights