As members of both the ufology community and mainstream media (whatever that means) still work to make sense of the disclosures of the Pentagon’s UFO research program and alleged declassified footage of truly anomalous flying objects stalking military vessels, more and more voices are being raised in support of taking the study of UFO phenomena seriously.

The latest voice to join that chorus is Dr. Kevin Knuth, a former NASA research scientist who is currently a professor of physics at the University of Albany and the director of both the Knuth Information Physics Laboratory and the Knuth Cyberphysics Laboratory. Writing on The Conversation, Knuth argues that “blanket skepticism about extraterrestrial craft is not sustainable” in light of recent developments. Is this yet another sign of the beginning of a major step towards disclosure and discovery?

I sure hope so. In his wide-ranging article, Knuth touches upon such topics as the Fermi paradox, the recently disclosed Advanced Aviation Threat Identification Program, and international agencies devoted to studying UFOs. Knuth admits that he’s always been interested in UFOs and the possibility of interstellar travel, and that after years of skepticism, he now believes “we need to face the possibility that some of the strange flying objects that outperform the best aircraft in our inventory and defy explanation may indeed be visitors from afar.” 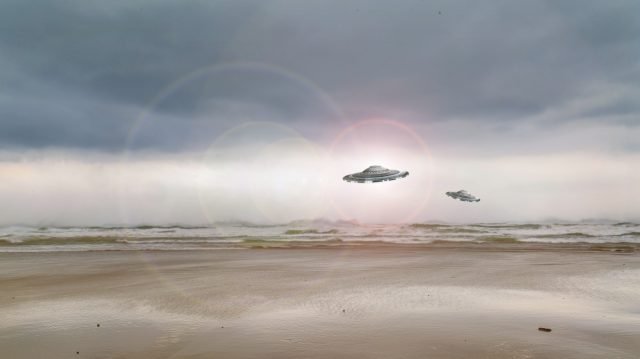 Knuth points out that despite the growing evidence that militaries and government agencies worldwide have taken the UFO phenomenon seriously for some time, the study of anomalous aerial phenomena remains taboo among professional scientists:

Essentially, we are told that the topic is nonsense. UFOs are off-limits to serious scientific study and rational discussion, which unfortunately leaves the topic in the domain of fringe and pseudoscientists, many of whom litter the field with conspiracy theories and wild speculation.

It’s not only the scientific community that’s to blame for this perception, Knuth adds, noting that popular culture and mass media have played right into this narrative as well:

The media amplifies the skepticism by publishing information about UFOs when it is exciting, but always with a mocking or whimsical tone and reassuring the public that it can’t possibly be true. But there are credible witnesses and encounters.

Despite this widespread skepticism, Knuth is confident that “many of these encounters – still a very small percentage of the total – defy conventional explanation.” Knuth also points the fact that UFO sightings are fairly common among astronomers, more than half of whom feel that the UFO phenomenon deserves serious scientific study.

What will it take to remove the stigma surrounding the study of UFOs? A mothership landing on the 50-yard line during the Super Bowl halftime show and unleashing a cybernetic hive mind? A little green woman using the Voyager 2 probe to take an intergalactic selfie? Or could the support of enough credible scientists turn the tide in favor of ufology as a legitimate science? On that note, Knuth closes with the observation that “while there is no single case for which there exists evidence that would stand up to scientific rigour, there are cases with simultaneous observations by multiple reliable witnesses, along with radar returns and photographic evidence revealing patterns of activity that are compelling.”

Science is based on replicability, testable explanations, and empirical evidence; since UFOs don’t typically fit this model, they’re excluded from most scientific study. As history has shown, however, scientific paradigms can change as we discover or invent new methods of studying the phenomena around us. What will be the tipping point that brings ufology into the realm of the hard sciences?