Jacques-Yves Cousteau left an indelible mark on history thanks to his conservation efforts, marine exploration, and co-invention of the first self-contained scuba apparatus. The filmmaker and scientist left behind a rich body of work including dozens of books and over 100 oceanographic documentaries which have inspired new generations of ocean explorers and conservationists.

Now, it appears two of Cousteau’s grandchildren are following in their grandpere’s footsteps with an ambitious oceanographic project of their own. Rather than collecting records of the diverse flora and fauna of the silent world beneath the waves, however, Celine and Fabian Cousteau are diving into the inky black waters of Nova Scotia to investigate the infamous Shag Harbour UFO incident. What would Jacques think? 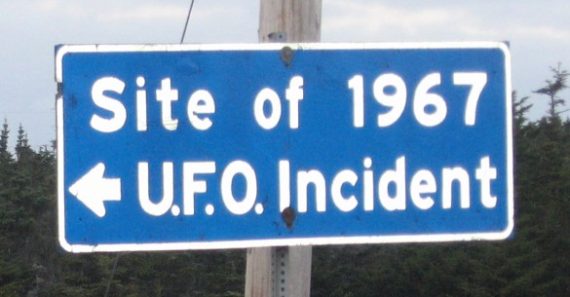 A bit of background for the unfamiliar: the Shag Harbour incident occurred on October 4, 1967 off the coast of the small fishing village of near Shag Harbor in Nova Scotia. Several eyewitnesses including an Air Canada cabin crew reported seeing a strange, yellow rectangular object in the skies, while other witnesses reported a rectangular formation of lights.

According to Canada’s Global News, the Cousteau grandchildren will carry out an underwater search operation to try and unravel this mystery along with a local diver who participated in the initial search operations 51 years ago. No word on if their grandfather’s yellow submarine will be involved. Will their grandfather’s legacy enable them to uncover any hidden truths from the bottom of the icy waters of Shag Harbour?

Are Aliens Really What They Seem To Be?