Looking Back at the Texas Ghost Lights

In early 2005, the late Rob Riggs - the author of the book In the Big Thicket, and who I had first met in the summer of 2003 - telephoned me and asked if I would be interested in speaking at a conference he was planning on soon holding in the city of Austin, Texas. The subject was “ghost lights,” and the links between that same phenomenon and sacred sites, stone circles, and Bigfoot-like entities. I replied that, yes, I would definitely be interested. And thus was born the Texas Ghost Lights Conference. It was held at Austin’s First Unitarian Universalist Church on Saturday, June 11. Precisely what the God-fearing folk of the Church thought about a group of Bigfoot-hunting, ghost-light-seeking adventurers descending upon their property, I never learned. But, they  didn’t seem to mind at all.

In addition to Rob and me, the other lecturers were James Bunnell and Paul Devereux. James has an interesting background: the author of two books on the famous “Marfa Lights,” namely Night Orbs and Seeing Marfa Lights. he was an aeronautical and mechanical engineer by profession, and retired in 2000 from BAE Systems as Director of Mission Solutions for various U.S. Air Force programs. Like me, Paul is a Brit. He's a longstanding, prestigious figure in the field of ghost-light style phenomena.

In addition to organizing the conference, Rob had also put into place something that he termed the Bragg Road Project. Essentially, it was a road-trip to the Texas-based Big Thicket (a hotbed for "ghost lights")that he had planned for the day after the Austin gig. The idea was to travel down to the woods of east Texas and hang out in the area for two nights, in the event that something – be it a ghost light or a Bigfoot, or both if we were that lucky – decided to make an appearance.

Early on what turned out to be a bright and sunny Sunday morning, me, Rob, James, Paul, S. Miles Lewis of the Austin-based Scientific Anomaly Institute, and two conference attendees, Renee and Nancy, met at a prearranged location for our journey into the unknown. I can hardly say that the trip was one of proportions that would have made Jack Kerouac proud. But nevertheless, we were on a mission and everyone was fired up about what we might uncover, and so our convoy set off in earnest. It was late afternoon when we finally arrived in the town of Kountze, where all of us had reservations at the local Super 8. And, after a shower and a Mexican dinner, we were forest-bound. And this was where, as was so often the case, things got very strange.

Bragg Road can be an eerie location during daylight – as I had found to be so when I ventured deep into the Big Thicket with Rob in the summer of 2003. At night and under the spotlight of a full moon, however, it was truly spooky. Not in a scary sense, as I always relish the opportunity to check out such places, but just from the perspective of believing that quite possibly anything could happen here. Of course, it's important to note that more than a few people have mistaken distant car headlights for the legendary lights (as Andy Collins notes at this link). But, given that some sightings have occurred within just a feet of eyewitnesses demonstrates that not all cases can be written off so easily. 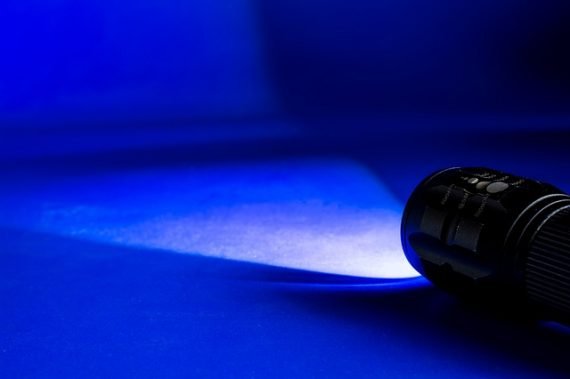 With flashlights in hand, we began a walk through the darkened woods, with Rob pointing out to us various locations where wild men, Bigfoot, and, of course, ghost lights had been seen and reported for decades. For twenty minutes or so, we walked around, seemingly forever trying to avoid the overwhelming mass of mosquitoes that surrounded us, while at the same time negotiating the thick blanket of ancient and mighty trees that dominated the area. And then, suddenly, it happened. We were on our way back to the vehicles to grab a bite to eat and some drinks when, as we entered a clearing in the trees, a basketball-sized bright light floated over us at a height of about thirty-five feet. It was moving from right to left, and sailed slowly yet purposefully on its journey. The ghost light was present for barely a handful of seconds, but it was definitely there.

Due to work, I was unable to stay for the second night, but when I  got back to Dallas and turned on the computer, I read an email from Rob that was of true jaw-dropping quality. The odd experiences of the first night in the Big Thicket were apparently not isolated. As Rob said: "Renee had a frightening experience Monday night. We split up into teams of two and spread out about a mile apart. Renee was paired with Nancy. Nancy walked down the road briefly away from Renee. Renee said she then heard something walking in the woods off the road directly behind her that sounded large. She said whatever it was, was large enough to snap twigs, and she said that it seemed to be moving stealthily, as if it were trying to sneak up on her. She panicked, locked herself into her van and drove off, leaving Nancy to fend for herself."

Rob continued: "Several hours later she was still shaken and still had goose bumps. Such irrational panic is not characteristic of Renee. She is a ghost hunter and has many times been in creepier situations than being on Bragg Road. She has even gone to cemeteries alone just to test her mettle. There are theories that the creatures deliberately provoke such panic reactions through chemicals in their scent or by mental projection of energy."

He concluded: "Renee, Nancy and I also saw a peculiar light. It looked somewhat like a firefly but actually left a solid streak 10 - 15 feet in length that was brilliant bluish-white in color.  It happened near a power line, and it was suggested that it might have been some kind of surge on the power line itself. But what could cause such a surge? That, in itself would be suggestive of a electromagnetic anomaly."

Rob's research into the matter of Texas' ghost lights continued until his death in 2015.