A few nights ago I was interviewed on the subject of my latest book, The Black Diary. Since the book is focused on the Men in Black phenomenon, that's mainly what we talked about. We did, however, also dig into the matter of Mothman, the mysterious winged thing that first descended on Point Pleasant, West Virginia in the latter part of 1966. It was during this part of the radio show that the conversation turned towards a strange story that surfaced back in 2014. It all revolves around Mothman, Soldier of Fortune magazine, and military activities. For reasons that elude me, I didn't comment on this story when it first surfaced, but, since the matter resurfaced again just a few nights ago, I figured it would be a good time to address it here at Mysterious Universe.

It was in the February 2014 issue of Soldier of Fortune that an article appeared on the matter of Mothman. It was titled "UFO Mystery Solved: 'Mothmen' Were Actually Green Berets." The article was written by Harold Hutchison. Loren Coleman, cryptozoologist and expert on the Mothman phenomenon, said, when the article surfaced: "Author Harold Hutchison writes that Special operations forces near Point Pleasant, West Virginia, were testing high-altitude, low-opening (HALO) parachuting for use in Vietnam. According to Hutchison, the jumpers used luminous paint to be seen during the tests." 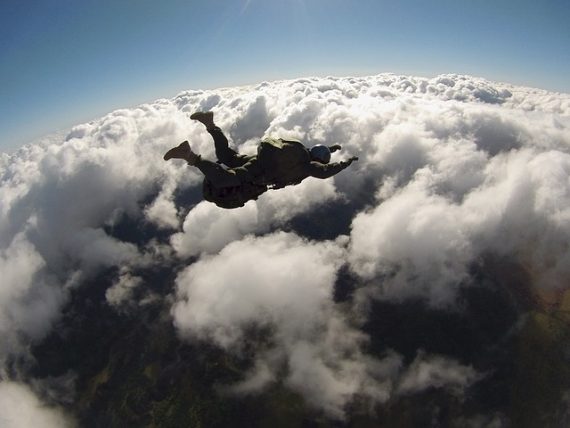 Hutchison himself said: "Many of the tests of that procedure occurred near Point Pleasant. The jumpers used paint that temporarily glowed in the dark to keep track of personnel. What the Green Berets making those jumps hadn't figured on was the fact that people on the ground could see it as well. This included the amorous couple who made the report on 15 November, 1966. The luminous paint worked so well in the tests, Special Forces troops used the paint in South-east Asia."

The "amorous couple" was actually two couples. It was late at night when Roger and Linda Scarberry and Steve and Mary Mallette – two young couples from the area - were passing the time away by cruising around town in the Scarberrys’ car.  As they drove around an old TNT plant, the four were puzzled to see in the shadows what looked like two red lights pointing in their direction. These were no normal lights, however. Rather, all four were shocked and horrified to discover that, in reality, the “lights” were the red eyes of a large animal that, as Roger Scarberry would later recall, was "…shaped like a Mothman, but bigger, maybe six and a half or seven feet tall, with big wings folded against its back."

Not surprisingly, they fled the area at high speed. Unfortunately for the two couples, however, the beast seemingly decided to follow them: as they sped off for the safety of Point Pleasant, the winged monster took to the skies and shadowed their vehicle’s every movement until it reached the city limits. The four raced to the sheriff’s office and told their astounding story to Deputy Millard Halstead, who later stated that: "I’ve known these kids all their lives. They’d never been in any trouble and they were really scared that night. I took them seriously."

When it comes to the parachuting angle, this is where things get somewhat problematic. It's one thing to see someone descend from the skies while using a parachute. According to Roger, Linda, Steve and Mary, though, the creature then pursued them - through the air, no less. Needless to say, a parachute does not give a person the ability to take  to the skies and chase a car-full of people along dark roads. Also, there's the matter of that luminous paint. Mothman was not described as a glowing entity - it was just the eyes that glowed. The body was dark.

Returning to the matter of the four friends being chased by the flying figure, could it have been a Green Beret wearing a then-futuristic "Jet pack"? Hutchison did not bring up this issue at all, but I feel that it's worth addressing. Yes, they were in existence back then, even if the technology was not overly advanced. In an article at smithsonianmag.com, titled "The Ill-Fated History of the Jet Pack," and published in June 2015, Jeff MacGregor says: "By the late 1950s, Wendell F. Moore of Bell Aerosystems, one of the great crew-cut, pocket-protected engineers at one of the great aviation companies of the postwar jet age, went to the drawing board and came back with the SRLD, the Small Rocket Lift Device, a Commando Cody-style backpack that could carry a single soldier into battle." 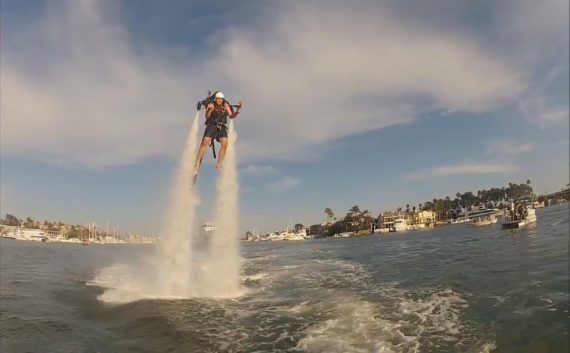 At johnkeel.com, and when the story first surfaced in 2014, Doug Skinner wrote: "I’m not convinced that every Mothman report can be chalked up to a paratrooper; but it’s a plausible explanation for some, and certainly for some of the UFO reports. There was a lot going on in Point Pleasant that year…"

While the parachuting angle is without doubt controversial, it could be said that there might be some merit to it. Fourteen years before Mothman surfaced in Point Pleasant, West Virginia, there was another monster on the loose - and in the very same state. It became known as the Flatwoods Monster. In 2011, I wrote an article here at Mysterious Universe titled "A Monster Hoax?" It addressed the matter of whether or not the Flatwoods Monster was a real creature or a creation of the U.S. military. Flatwoods is only around 130 miles from Point Pleasant.

Moving on, there's the saga of an equally strange creature known as the "Houston Batman." As I noted in my 2011 article on the monster, titled "The Houston Horror," the creature was seen briefly in the city of Houston, Texas in June 1953. One of the witnesses, Hilda Walker, said: " …twenty five feet away I saw a huge shadow across the lawn. I thought at first it was the magnified reflection of a big moth caught in the nearby street light. Then the shadow seemed to bounce upward into a pecan tree. We all looked up. That’s when we saw it.”

It's interesting that Walker actually used the words "big moth."

Walker went on to describe the entity as being essentially man like in shape, sporting a pair of bat-style wings, dressed in a black, tight-fitting outfit, and surrounded by an eerie, glowing haze. The trio all confirmed that the monstrous form stood about six and a half feet tall and also agreed that the strange glow engulfing him was yellow in color. Could that strange glow and that glowing haze have been caused by the luminous paint angle that appears in Hutchison's article? As for the flying angle of the Houston Batman, could the monster actually have been a man wearing an early (as in very early) jet pack? Whatever your views on this undeniably controversial matter, it might be worth looking into it further.

As for me? I still think that Mothman was/is a real entity - albeit of a supernatural nature. But, if even just one or two parachutists with the Green Berets landed in or near Point Pleasant, late at night, then that might conceivably explain a few odd cases from 1966 and 1967.

Something Sinister at a Cemetery