Mysterious Radio Signal Heard from Deep Within the Earth

Mysterious radio signals have long been a mainstay of science fiction tales, but lately they’ve also been the subject of serious scientific scrutiny. Radio bursts originating from deep space have become a hot topic in the astronomy world, and while most of these appear to be naturally occurring, you never know when one of them turns out to be something far stranger. At least, we can hope one of them will. Here on boring planet Earth, mysterious radio signals often pop up in the form of pirated transmissions broadcasting strange, cryptic messages. While most of these turn out to be merely hoaxes or pranks, many of them also remain unexplained.

Just this week, physicists studying cosmic rays in Antarctica have uncovered a strange radio signal that appears to have a mysterious origin. The physicists are part of the Antarctic Impulsive Transient Antenna (ANITA) program, a project which uses balloons to locate and identify signals produced by strange particles travelling from deep space as they collide with the Earth. However, this latest signal appears to originate from deep within the Earth itself. Is this a lost race of molemen and molewomen’s attempt at communication with us surface dwellers? 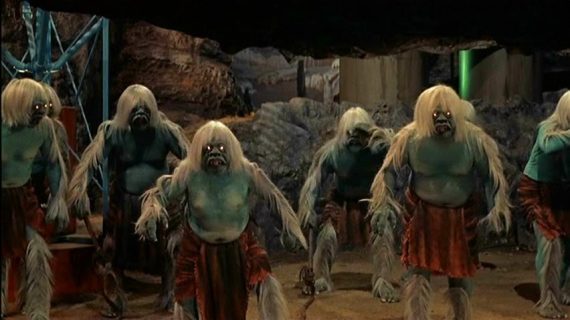 Unfortunately, it doesn’t appear so. Or maybe fortunately, those things look like they could eat a human brain or two. According to a press release issued by Physics World, the strange radio signal is likely the product of neutrinos colluding with atomic nuclei deep within Antarctic ice sheets. These collisions produce explosions of charged particles which emit radio waves that then bounce through 7,000 kilometers of ice and the Earth’s crust and into the air where ANITA balloons detect them. Neutrinos are a little-understood cousin of the other subatomic particles which don't seem to interact with other particles and fields as much as other elementary particles do. Scientists believe neutrinos might someday be used in deep space communications, as they are capable of travelling through matter and across long distances unscathed. 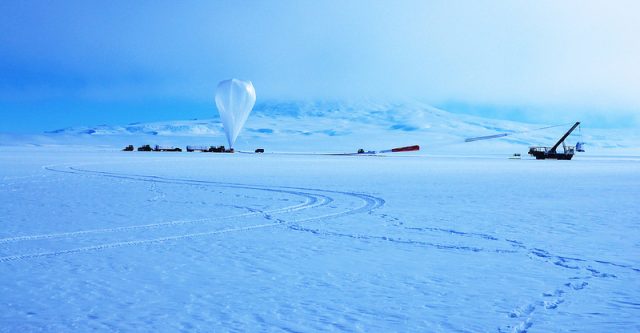 Peter Gorham of the University of Hawaii is one of the ANITA researchers behind this discovery. Gorham notes that while it’s possible human activity created these anomalous radio signals, the data more likely point to this extremely rare interaction between deep space neutrinos and Antarctic ice sheets. “It’s still possible that the events are due to two isolated people, each transmitting a single radio pulse very far from the nearest Antarctic base, Gorham says. “But that seems very unlikely at this stage.”

It’s pretty amazing to think about: strange, exotic particles flying through unimaginably vast reaches of space only to penetrate deep within the Earth and explode into a shower of radio waves which are then detected by a weather balloon. I consider myself a proponent of science and scientific explanation, but the history of science and scientific knowledge proves that each explanation isn’t necessarily the definitive answer, but only the best answer we have at the time given current methods, instruments, and data. Could there be an even more exotic explanation for these anomalous radio signals originating from deep within the Earth that we haven’t even considered yet?