NASA Hunts for Mysterious Meteorite in the Pacific

Why is NASA hunting for a meteorite in the Pacific Ocean with a submarine? Wait, let’s back up a minute. Why does NASA have a submarine? And why isn’t it looking for asteroids BEFORE they plunge through the Earth’s atmosphere? Inquiring minds in Siberia, Africa, Michigan and other areas recently hit by meteorites would like to know.

Back to the Pacific meteorite hunt. The story begins on March 7, 2018, when residents of Grays Harbor County on Washington’s Pacific coast reported a sonic boom. The boom was loud enough to register on the Pacific Northwest Seismic Network seismometers around 7 pm. The Seattle Times reported that eyewitnesses on the coast saw a flash and three National Oceanic and Atmospheric Administration (NOAA) weather stations detected a meteorite 16 miles off the coast. After seeing the report, Marc Fries, the Cosmic Dust Curator at NASA Johnson Space Center (nice work if you can get it), called it “the largest meteorite fall I've seen in 20-plus years of radar data." 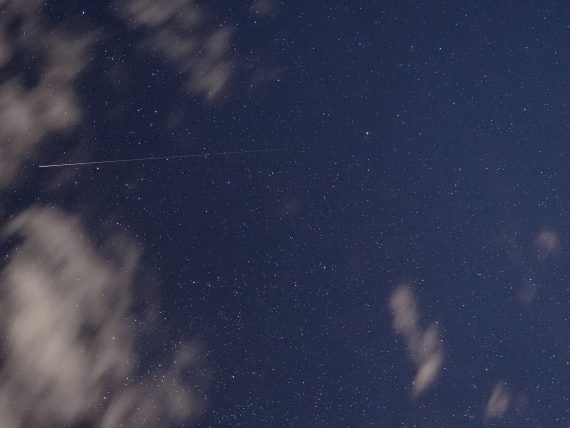 Based on the amount and quality of the data, Fries estimated that about 4,400 lbs. (2,000 kg) of meteorite pieces, with the largest weighing 9.7 pounds (4.4 kg) and measuring 5 inches (12 cm) in diameter, survived the fall and are somewhere on the ocean floor. Well, not ‘somewhere’ -- Fries was able to narrow the location down to one square km (.38 sq. miles) at a shallow depth of 100 meters (300 feet). If only NASA had a submarine …

Enter the Ocean Exploration Trust. Founded in 2008 by Dr. Robert Ballard to “engage in pure ocean exploration,” it provides its 64-meter Exploration Vessel (E/V) Nautilus and its remote-controlled submarines to NASA for various projects. Nautilus just “happened” to be in the area and offered to be a part of what Fries called the "first intentional search for meteorites from the ocean."

According to the Nautilus reports, the crew conducted a multibeam sonar survey on July 1 to identify possible locations, On July 2, two remote-controlled subs conducted a 7-hour survey of the seabed in the most likely spot and collected samples with a suction hose, magnet and scooper. The bucket of sand was then taken to Dr. Fries, who sifted through it and issued this report:

“NASA Cosmic Dust Curator Dr. Marc Fries conducted an initial visual analysis of the samples collected, and his preliminary findings include two small fragments of fusion crust--meteorite exterior that melted and flowed like glaze on pottery as it entered the atmosphere. Additional analysis will be conducted in the coming weeks to determine if these fragments indeed came from the massive meteorite fall seen entering the Pacific Ocean off Washington’s coast in March 2018.”

So the answer is … yes and no. Yes, the fragments are definitely from a meteorite, and no, they don’t know if they’re from THE meteorite they were searching for. While Dr. Fries continues to sift sand, no one seems to be addressing the original question … why is NASA so interested in this particular meteorite?

Actually, NASA is taking a sudden interest in meteorites in general. It could be due to criticism of its early warning system which doesn’t seem to be giving much warning of recent really big asteroids which fortunately missed the Earth. NASA researchers were also in Botswana last week where they recovered a piece of asteroid 2018 LA, an asteroid that was actually detected by the NASA-funded Catalina Sky Survey at the University of Arizona eight whole hours before it pierced the Earth’s atmosphere, making it just the third one to be identified before impact.

Is that a good enough record to continue to justify the existence of asteroid warning systems?

Or is NASA using these meteorite-recovery exercises as a cover-up for something else? Are they really meteorites? Is NASA tracking something else? Whatever it is, is an eight-hour warning long enough to bend completely around and kiss your butt goodbye?