“The results thus obtained permit direct calibration of the astronomical observations, providing rigorous estimates of the amount of aliphatic carbon in the interstellar medium.”

Since “Grease and mothballs” doesn’t get you published in the Monthly Notices of the Royal Astronomical Society, Australian and Turkish researchers led by co-author and chemist Tim Schmidt of the University of New South Wales used the term “aliphatic carbon” to describe the stuff they found so prevalent in outer space that the Starship Enterprise would have spent half of its five-year mission in spaceship-sized car washes and buying air fresheners to hang from the rearview mirror (which on a starship serves no other purpose than to hang air fresheners).

“Amongst other stuff it’ll run into is interstellar dust, which is partly grease, partly soot and partly silicates like sand.”

In a press release announcing the publication of the study, Schmidt describes in gritty, greasy, smelly detail the results of the collision of carbon and hydrogen in space. One hydrocarbon formed is aliphatic carbon, a non-aromatic hydrocarbon found on Earth in the form of propane, butane and ethane. The other is an aromatic compound called gaseous naphthalene (C10H8) which on Earth is the main ingredient in mothballs. Together, they form space grease.

“This space grease is not the kind of thing you’d want to spread on a slice of toast! It’s dirty, likely toxic and only forms in the environment of interstellar space (and our laboratory). It’s also intriguing that organic material of this kind – material that gets incorporated into planetary systems – is so abundant.”

The researchers made interstellar dust in the lab by simulating the carbon thrust into space by carbon stars and then measuring light absorption in the infrared wavelength that indicates the presence of aliphatic carbon.

We know what you’re thinking … wouldn’t Gaseous Naphthalene be a great name for a band? Yes. We also know you’re wondering, if space is so full of smelly space grease, why isn’t the International Space Station one slimy mess and why don’t astronauts return to Earth smelling like a drawer of woolen sweaters? Fortunately, solar wind clears the solar system of space grease. However, the space beyond the reach of solar wind is full of it and intergalactic spacecrafts will definitely have to prepare to deal with it, clear the windows of it and remove it.

Schmidt told CNN he plans to focus his future research on gaseous naphthalene because it has “a relationship with graphene (a semi-metal), which makes it quite interesting.”

In space, no one can hear a moth scream. 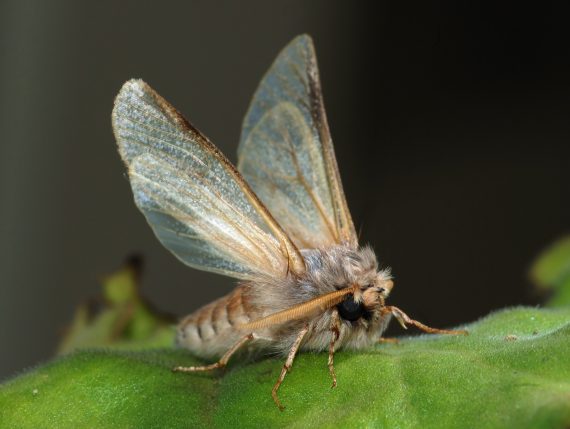 The Strange Tale of The Carnivorous Pink Mist