Ah, unexplained booms: the mystery gift that keeps on giving. Let’s just hope they don’t start giving us butt cancer, extra unwanted limbs, radiation burns - or worse. Some of the mysterious explosion noises around North America were recently deemed to appear to be the work of a would-be domestic terrorist testing out his own handiwork. NASA has also recently admitted to testing so-called “quiet” supersonic aircraft capable of producing smaller, less intense sonic booms. Are these to blame for all of the mysterious booms rattling homes around the U.S. and Canada, though? 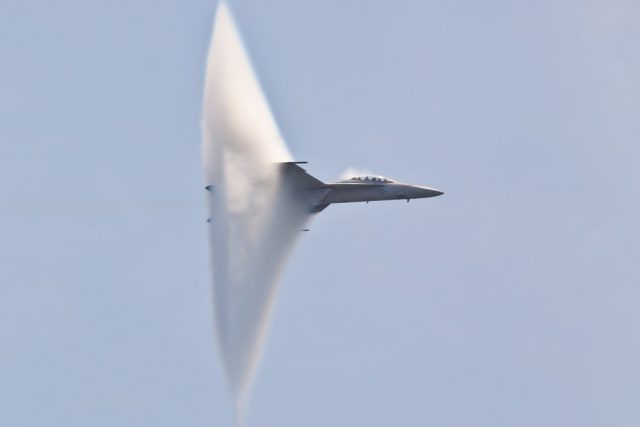 Who knows? Just this week, though, a mystery boom powerful enough to be heard for miles rocked the eastern shores of British Columbia’s Vancouver Island, causing a stir on social media and baffling local officials. Around 11:30 a.m. local time July 17th, a loud bang described as sounding similar to “an intensely close clap of thunder” was heard and felt throughout the Nanaimo area. "It was so loud!! My poor dog ran under the bed from the living room. I live in the Townsite area. Clear skies, so I knew it wasn’t thunder," Vancouver Island resident Angela Gasson told NanaimoNewsNOW.

The local Comox Air Base reported that they had no planes in the skies in that area during that time, Canadian or otherwise. Earthquakes Canada reported minimal seismic activity, but nothing that could be deemed an earthquake; in all likelihood, the seismic activity recorded was caused by the same phenomenon as the booming sound.

The local Royal Canadian Mounted Police received numerous calls about the anomalous noise but also had no explanation after reaching out to local industrial and utilities operations and the Department of National Defence. Could the proverbial They be hiding something? It's always possible, but the fact remains that nobody - civilian or otherwise - seems to at least publicly know what caused the boom. Sound familiar?

That’s because by now reports of these booms are quite familiar. What could be causing them? While social media users love to jump to the most extreme explanations possible (aliens or some kind of bogeyman called simply “Russia”), I stand by the claim that these booms are likely caused by either near Earth objects exploding in our atmosphere or undisclosed flights of military or intelligence agency aircraft. Would either explanation help you sleep better at night?