Silent film star Gloria Swanson (yes, they really did make movies with no sound in the days when ears had wax but no buds) rejuvenated her career in talkies with her role as Norma Desmond in “Sunset Boulevard,” but she was also famous for bragging that she firmly believed in “Pyramid Power” and slept with a pyramid under her bed that made "every cell in my body tingly.” Yes, Miss Swanson was an early pyramidologist and proponent of the powers of pyramids to preserve foods, sharpen razor blades, stimulate thinking, improve sexual functions (is that what she meant by “tingly”?) and do other mysterious and unproven things. One power it appears pyramids don’t have is the power to stop fires. A famous pyramid-shaped home in Illinois recently suffered over $3 million in fire damage and didn’t protect a dog inside. What the Tut? 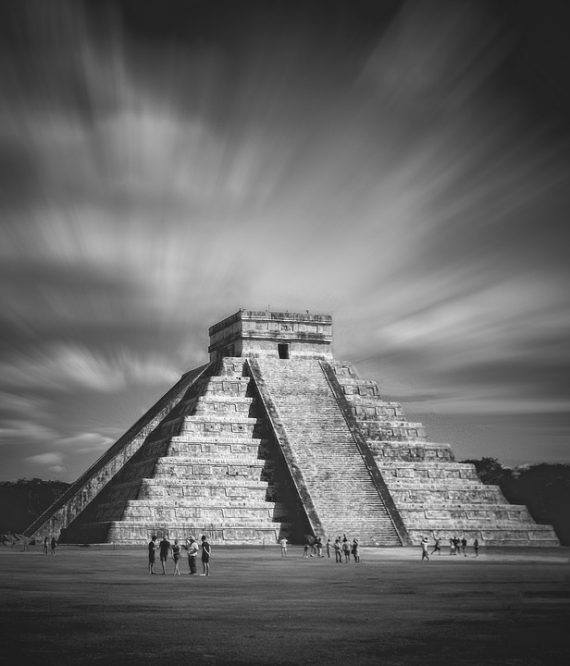 The six-story, 55-foot-high Gold Pyramid House (many pictures on the website) was built in 1977 in Wadsworth, a city 45 miles north of Chicago. Designed and built by Jim and Linda Onan as their private residence, the Gold Pyramid House is located on an island and surrounded by a moat. Inside its 17,000 square feet are a 50-foot statue of King Tut, a replica of Tut’s tomb and a metal palm tree. Outside is a 55-foot statue of Ramses II and a four-car garage disguised as three smaller pyramids. The Gold Pyramid House was so popular that it drew crowds and the owners turned it into a tourist attraction and tribute to pyramid power.

"We went in there yesterday and the devastation from the water damage was just too much. The actual fire damage was limited to only a couple of rooms, but the water pumped in to put the fire out took a large toll on the home."

The Daily Herald reports that on July 17, firefighters responded to a call that an elderly man in a wheelchair and his dog were trapped by a fire inside the Gold Pyramid House. The elderly man was owner Jim Onan, who was rescued by his wife and a caretaker, but they were unable to save 15-year-old Lulu, one of their two dogs. In case you’re wondering, fighting a fire in a pyramid is a challenge. Fire Department Battalion Chief David Douglass reported that five of his firefighters suffered from smoke inhalation or physical injuries while battling the blaze. After an inspection took place, the following statement was issued:

Wait a minute! A fire inside a huge pyramid that can allegedly sharpen razor blades, cause food to taste better and make actresses tingly isn’t suspicious? What about the power to keep dead animals from decaying? That’s what French dowser (one who finds water with sticks) Antoine Bovis claimed in the 1930s when he allegedly went inside the King's Chamber of the Great Pyramid in Egypt and found the well-preserved carcasses of animals that had wandered inside. While his story was later disproved, it marked the symbolic beginning of the modern belief in pyramid power. Shouldn’t the pyramid power have saved Lulu … or at least preserved her body?

"The owner (Jim Onan Jr.) said, one way or another, we will rebuild. The house will have to be torn down, but the foundation is there and we will start over."

Maybe this time they should build it out of razor blades.

UFOs: Are They Tulpas?