Rare White Rattlesnake Appearance Could Be a Political Warning Sign

A rare white rattlesnake was found last week at a park in Texas. The white snake or serpent is an important sign to Native Americans, appearing in a famous Iroquois prophecy concerning the prophet Deganawidah, better known as The Great Peacemaker. A few days after the white rattlesnake appeared (and its photo went viral on the Internet), U.S. President Donald Trump and Russian President Vladimir Putin met for a summit in Helsinki. Was the white rattlesnake a warning sign? In whose favor?

We had this little friend come and cool down by one of the doors at the park; it is a Rock Rattlesnake (Crotalus lepidus). 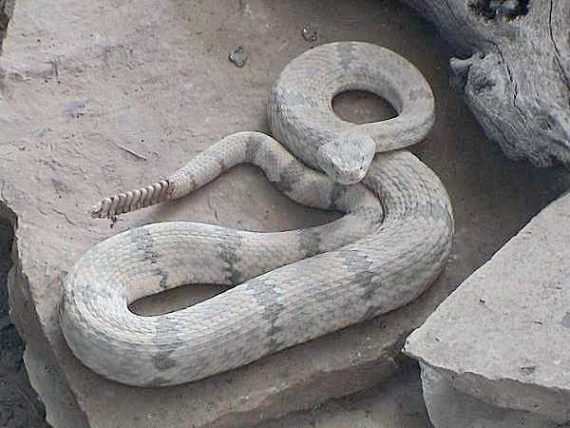 Multiple media sources reported the discovery of the white rock rattlesnake (Crotalus Lepidus) after Texas Park & Wildlife officials near the Wyler Aerial Tramway at the Franklin Mountains State Park near El Paso posted a photo on its Facebook page. It noted that the 2-foot snake, while rarely seen, was an important cog in the local ecosystem, keeping the populations of lizards, mice and other snakes under control. The white rattlesnake is actually grey with black bands and yes, it’s venom can have significant neurotoxic effects on humans, but is not fatal. Its range in the U.S. covers Arizona, southern New Mexico, and southwestern Texas, and it’s also found in northern Mexico.

The Native American legend of The Two Serpents is attributed to The Great Peacemaker or Deganawida, who joined with Jigonhsasee and Hiawatha to found the Iroquois Confederacy from the union of five Iroquoian-speaking Native American tribes somewhere in the 15th century. The Great Peacemaker’s mother was said to have been a virgin and he was considered to be a prophet. His prophesy of the Two Serpents warns of a white serpent that would come and be friendly, but ultimately attempt to destroy the Native American people. A red serpent would rise up to fight it, and also deliver to them a boy who would become their leader. A black serpent would then come and defeat the other two snakes, but all three are blinded by a bright light that turns out to be The Great Peacemaker. The black serpent disappears into the sea, the red one disappears to the north and the white snake is accepted as a brother. 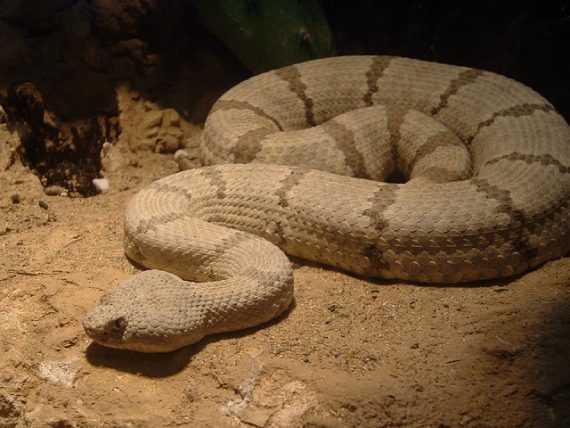 As with many legends, prophesies and predictions, it’s easy to manipulate the tale of The Two Serpents to whichever side you want in the recent meeting between the leaders of the U.S. and Russia. It’s probably just a coincidence that the white rattlesnake appeared just before a summit that could surely use a great peacemaker.

The Bahá'í Faith has a long history with Native Americans and some in the faith see the Great Peacemaker as a prophet or Manifestation of God. Native Americans regard the appearance of white animals, especially the white buffalo, as sacred signs.

Was the appearance of a white rattlesnake near the U.S.-Mexico border just prior to a major summit of world leaders one of them? Who is the white serpent? Who is the red? Who is the black?

Who is the peacemaker?

The Haunted Stampede Mesa of Texas