Yet another great plot for a science fiction novel is about to become reality instead. A renowned futurologist has laid out the plan for how robots will acquire human minds, then attend the funerals of the mind’s human body … by 2050. That means we’re a mere three decades away from immortality through robotics … well, those who will be able to afford it are. Should you wait to see how the novel ends before saving your money?

In a post on his Futurizon blog, Dr. Ian Pearson – former member of parliament, author, lecturer and creator of 1800+ inventions including text messaging and the active contact lens – gives his own somewhat dystopian views on the inevitable road to human androidization and beyond, which he sees occurring by 2050. He begins by predicting that we will arrive at the point with “99% of your mind is running on external IT rather than in the meat-ware in your head.” With your mind not in the clouds but in the ‘cloud’, the next step will then be easy:

“Assuming you saved enough and prepared well, you connect to an android to use as your body from now on, attend your funeral, and then carry on as before, still you, just with a younger, highly upgraded body.” 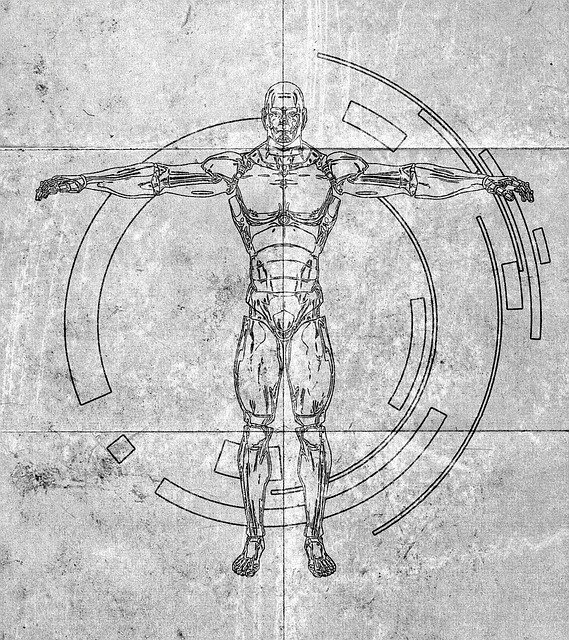 To brace readers for the big prediction/warning/plot-turn, Pearson first gives little warnings about how this will be expensive – while servers are cheap, robots are not.

“Some people may need to wait until 2060 or later until android price falls enough for them to afford one.”

Wait? Humans? Really? There must be a way to get our robotic containers for our human minds right away and at a reasonable price, right Dr. Pearson?

“Maybe your continued existence is paid for as part of an extended company medical plan.”

That’s one alternative Pearson proposes, assuming medical insurance is still around in 2050. However (there’s always a ‘however’), letting someone else own or lease your robotic body may allow them (read the fine print) to own, lease or at least access your mind, using it for good (allowing it to continue to write funny stuff for your readers) or bad (cloning an evil mind into millions of copies or adding it to a collective that will someday take over the world).

It gets worse. What if the medical plan goes bankrupt paying for replacement android bodies for millions of its immortal or vain clients? Perhaps you saw this coming and set up a fund for your children, grandchildren and beyond to pay for your upgrades and keep your robotic body in good working order. If they didn’t always listen to you when you were human, will they listen to your android self?

“After all, they know you know they have kids or grand-kids in school that need paid for, and homes don’t come cheap, and they really need that new kitchen.”

Grandpa, would you deprive your great-grandchildren of a new iPhone 500 UltraPlus just so you can have a titanium cranium?

OK, maybe letting a corporation specifically designed for the purpose of managing and upgrading cyborgs in return for using enough of your mind to pay for it isn’t such a bad idea. After all, businesses always have your best interests in mind, right?

“[Then] you could stay immortal, unable to die, stuck forever as just a corporate asset, a mere slave.”

Is this inevitable? Dr. Pearson claims to have an 85 percent accuracy record when looking 10 to 15 years into the future. Should we trust his predictions/warnings for 30?

Do we already know how this novel will end? Will it be worth attending your own funeral?