Scientists Say Blood Stains on Shroud of Turin are Fake

The Shroud of Turin remains one of the most studied and discussed religious relics in the Western world. Despite the fact that Bishop Pierre d'Arcis declared the Shroud to be a forgery as early as 1390 after a local artist reportedly confessed to having created it, the Shroud continues to mystify scientists, believers, and mystery seekers alike.

Last year, scientists at the Italian Ministry of Education and Research announced they had discovered evidence of human blood on the shroud which seemed to indicate that at some point, the cloth indeed made contact with a human being who had recently suffered multiple severe traumas. Another recent study published just last month claims that the body onto whom the shroud was placed was still moving when the linen enshrouded it. What’s to be made of these recent developments?

According to new research published in the Journal of Forensic Sciences, probably nothing. A pair of researchers who recently conducted a blood pattern analysis (BPA) on the shroud now claim that the blood stains on the shroud are clearly forgeries. By analyzing the direction and intensity of the blood flows on the body of the figure in the shroud, the researchers claim the bloodstains cannot be natural or at least do not correspond to the wounds reportedly inflicted on Jesus Christ during his crucifixion:

The two short rivulets on the back of the left hand of the Shroud are only consistent with a standing subject with arms at a ca 45° angle. This angle is different from that necessary for the forearm stains, which require nearly vertical arms for a standing subject. The BPA of blood visible on the frontal side of the chest (the lance wound) shows that the Shroud represents the bleeding in a realistic manner for a standing position while the stains at the back—of a supposed postmortem bleeding from the same wound for a supine corpse—are totally unrealistic.

Liverpool John Moores University’s Matteo Borrini and Luigi Garlaschelli of the Italian Committee for the Investigation of Claims of the Pseudosciences conducted the study using living volunteers. In discussing their findings, Borrini told LiveScience that “these cannot be real bloodstains from a person who was crucified and then put into a grave, but actually handmade by the artist that created the shroud.” Given the study noted earlier, it makes you wonder: did they use real human blood? Whose blood? 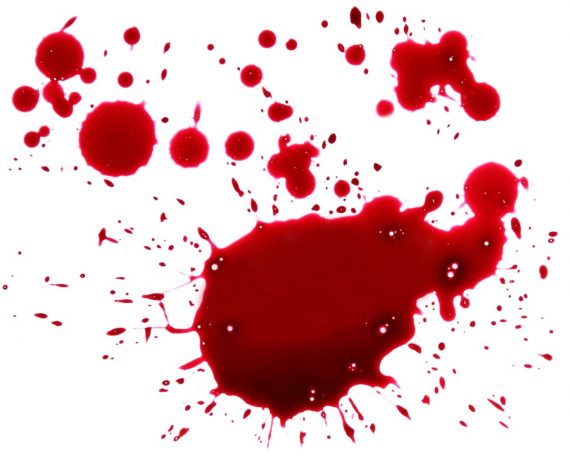 Is this definitive proof that the Shroud of Turin is a hoax, or does this study merely muddy the already murky waters surrounding claims of both legitimacy and illegitimacy surrounding the infamous Shroud?

The Bizarre Mystery of the Vanishing Marble Corpse