Scotland Has a Plan if the Loch Ness Monster is Found

What would you do if you saw the Loch Ness monster? It’s a question everyone visiting the loch should ask themselves … it would save us all from the scores of blurred photographs, shaky or faraway videos and lackluster or confusing eyewitness accounts. One group which DOES have a plan for a real Nessie sighting is the Scottish Natural Heritage organization. It apparently drew up instructions 17 years ago in the event that the Loch Ness monster is seen and if it is captured.

In an interview with the BBC, Nick Halfhide, the Director of Operations, revealed that a code of practice relating to the capture of the Loch Ness Monster was “partly serious and partly for a bit of fun” but still a real and legitimate document which has been used for other Loch Ness wildlife issues besides Nessie. The plan gives wildlife officials the authority to take a DNA sample of the creature, but then orders them to return it to the loch and develop a plan to protect it (once they know what they’re protecting) and conserve it, now that its existence is proven. That would require highly-regulated cooperation with all of the communities and businesses surrounding the loch, many of which depend on it and tourism for their livelihood.

While a copy of the original code of practice is about as hard to find as Nessie, a news report on its release in 2001 says it was drawn up in response to a request by a monster hunter from Sweden to lay a fishing net across Loch Ness. Nets and traps were popular ideas before sonar was perfected and concern for the other ‘real’ creatures in the loch was considered. Anticipating a successful catch, SNH spokesman Johnathan Stacey described the rules the catcher must follow:

"Should anything be captured in this net, in this trap, then we would want to see it examined but also released unharmed. I think if they did capture something that was hitherto unknown to science then the whole world would be interested. As far as SNH is concerned we would be regarding it as a very valuable and important part of Scotland's biodiversity and we would want to be treating it in its best interests.”

As a warning to SNH officials today, businesses in 2001 were also concerned about their livelihood, saying that the code would “put people off” to coming to Loch Ness. While they referred to these people as the “loony fringe,” they seemed concerned about their safety … or at least the safety of their spending money.

"It might drive the 'loony fringe', for want of a better word, underground. They might not publicise their plans and do something that could be a danger to themselves, the environment and Nessie." 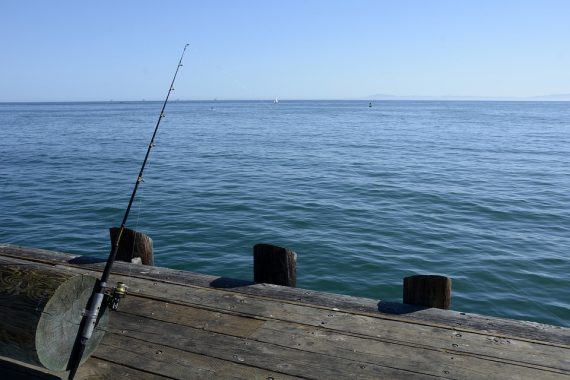 If a Loch Ness monster beaches itself near a tourist area, will anyone remember the SNH code of practice? Probably not. Will they hold their breath, lean against something sturdy and fully extend the zoom before taking a picture or video? Probably not. Will we ever really need the SNH code of practice for the capture and care of the Loch Ness monster?

Probably not. But it’s good to know they have a plan.

The Mysterious Cursed Ruins of India