Something Sinister at a Cemetery

Wolf-men prowling around the woods of central England? The saga began in March 2007, when a paranormal investigations group, the West Midlands Ghost Club found itself on the receiving end of something extremely weird and surely unanticipated: a stash of reports of werewolf-like beasts seen lurking among the old gravestones of the Cannock Chase's German Military Cemetery. It is a large cemetery where the remains of almost 5,000 German soldiers and airmen are held. During both the First and Second World Wars, numerous German military personnel were captured and transferred to prisoner of war camps across the U.K. Many of those same military personnel died during the hostilities and were buried in cemeteries and graveyards closest to where they were previously imprisoned. In 1959, however, the governments of the U.K. and Germany reached an agreement which resulted in the remains of the 4,929 Germans who died on British soil all being transferred to one, specific location: the then newly constructed Cannock Chase German Military Cemetery. 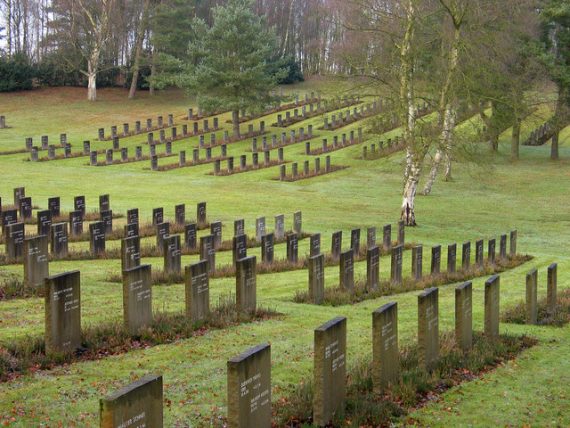 Such was the interest that the wolf-man-like reports provoked, Mike Lockley, the then-editor of the local – and now defunct – newspaper, the Chase Post, gave the story a great deal of page-space. To the extent that the publicity brought in even more reports. For around three months, the good folk of the Cannock Chase found themselves plunged into a controversy that had at its heart sinister shape-shifting monsters that lurked among the long dead. It was a controversy that very soon was destined to become filled with terror and hysteria. The morphing monsters of the Cannock Chase were not typical of the old legends, however. In other words, this was most assuredly not a case of witnesses reporting people changing into werewolves (or vice-versa). No, they were wolf-like creatures that had the ability to alter their body structure, thus allowing them to walk on both four legs and two.

One of the earliest reports - referenced in the Stafford Post newspaper on April 26, 2007, in an article titled “Werewolf spotted in Stafford” - came from a local postman who, while riding his motorbike past the cemetery on one particular, sunny morning, caught sight of what at first he thought was a large dog walking around the cemetery. It was not a dog at all: it was a walking nightmare. The man was amazed, and more than a little concerned, by what he could soon see was a wolf. But, it was a wolf of extraordinary size. That wild wolves have reportedly been extinct in the United Kingdom since 1680 made matters even more amazing. That was the year in which one Sir Ewen Cameron killed a wild wolf in Perthshire, Scotland; quite possibly the very last wild wolf in the entire U.K. Granted, there have been sporadic reports of wolves still inhabiting some of the less travelled, and even less inhabited parts, of the country. Nothing, however, has even surfaced conclusively to demonstrate that wolves have lived in the wilds of the U.K. since the 17th century. But, try telling that to the beasts of a certain cemetery. And good luck telling that to the witnesses, too.

As the man slowed his bike down to a complete stop, he stared in awe and fear as the bulky animal prowled around the gravestones, and making it abundantly clear to the man that this was no husky dog or something similar. The stone-cold facts hit the man suddenly and hard: there was a wolf on the Cannock Chase. As the witness watched, entranced and with his heart practically pounding out of his chest, something terrifying and unearthly happened. The wolf caught sight of the man, froze, and stared intently in his direction; its eyes firmly locked on him for a few terrifying seconds. It was then that the body of the four-legged animal began to change, to mutate. The postman could only sit and watch – near-paralyzed to the spot – as the hind legs of the wolf started to grow in length. Oddly, and for a second or several, the creature became blurry to the eye as its form began to change. Then, with its legs now very much resembling those of a human in shape, the beast reared up on its morphed limbs and took on a bipedal stance. Not surprisingly, all that the man could think of was: werewolf. Fortunately for the witness, the creature raced into the heart of the woods and, within seconds, was gone. It was soon destined to return, however. 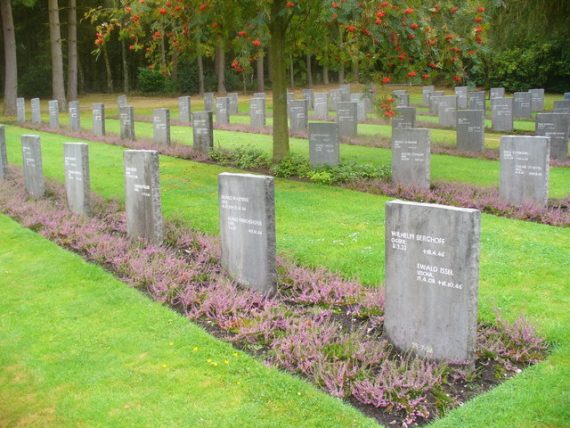 Only weeks later, yet another encounter in the cemetery: this time the witness was the leader of a local Scouts group. He, too, had the distinct misfortune to cross paths with the monster. And, also as was the case with the postman’s experience, the witness at first assumed that what he was seeing was a wolf – perhaps one which had escaped from a private zoo, he initially thought. That theory went completely out of the window when the animal shape-shifted into a hairy, humanoid form, rose up onto its back legs – and to a height of around seven feet - and charged off into the darkened depths of the surrounding trees.

In another case, a woman from the nearby town of Rugeley described seeing such a monster barely a two minute drive from the cemetery, late one night in July 2007. On this occasion, the creature was in its upright werewolf form, and was stood near the edge of a tree-shrouded small lane as she approached it. She brought her car to a complete halt and, gripping the steering wheel, watched as it was enveloped in a blue haze, took on that blurry appearance described by the postman of just a couple of months earlier, altered its body shape and dropped down onto all-fours. In seconds it was gone. And so was the woman, who quickly drove home in a state of ice cold terror.

As is so often the situation in cases like this one, the mystery came to a sudden halt: the beast was gone and never returned.