Spiders Can Fly Through the Air by Riding on Electrical Currents

Arachnophobia is consistently ranked as one of the most common specific phobias, or fears. And with good reason: as humans evolved, we had to learn to be afraid of all of the little creepy crawlies lurking in the brush which might be able to kill or incapacitate us with just one tiny little bite. That awesome John Goodman movie probably didn’t help relieve people’s fears either.

This week, arachnophobes got one more reason to fear the eight-legged fanged animals. It turns out that in addition to all the other creepy and weird stuff spiders can do, they can fly for thousands of miles by riding on electrical currents. How long until this newfound ability makes it into the pages of The Amazing Spider-Man?

It turns out that many species of spiders are able to reach incredible heights by sending up “balloons” of silk light enough to ‘float’ on atmospheric electrical currents. The spiders’ ability to detect and float on these currents are enabled by trichobothria, tiny hairs on their disgusting little bodies which can detect the atmospheric potential gradient, or APG, a mild electric current generated by solar radiation which sits high above the Earth in the upper atmosphere. Some spiders are able to reach altitudes of up to 4 kilometers, or 2.5 miles by riding on these electrical currents. If that’s not a superpower, I don’t know what is.

The University of Bristol’s Erica Morley conducted the study which discovered this newfound power of spiders. While the researchers found spiders are able to ride on these electrical currents, they note there might also be further methods of travel we don’t know about yet. "We don't yet know whether electric fields are required to allow spider ballooning," Morley says. "We do, however, know that they are sufficient." 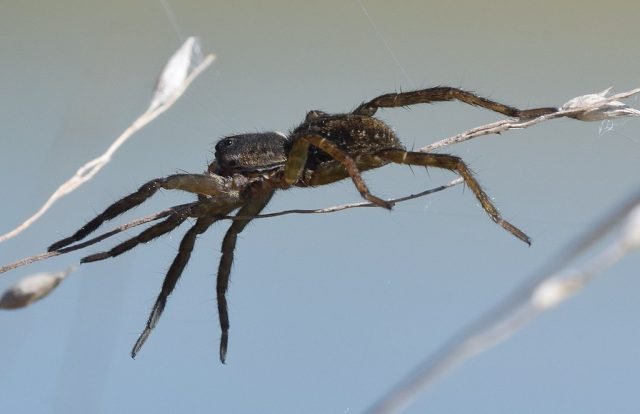 More and more research seems to suggest that animals are indeed capable of detecting forms of energy humans can’t - at least with our naked sensory organs. Is the ability to perceive electrical or magnetic fields more common throughout the animal kingdom than we know? Is that how some animals are seemingly able to detect earthquakes and other natural disasters before they happen? Next time you see a spider float away on a tiny silk balloon, you might want to follow it.