Everyone at one time or another has encountered a spongy human (insert the name of your always-borrowing-never-paying in-law here). You may have even wished your spongy friend or relative was treated like a real sponge and either squeezed or held underwater until they paid (though not until drowning – dead men don’t pay up). However, a man in China claims he found a new variation on the sponge – an apparent spongy humanoid that washed up on a beach. Is this a janitorial creature from the black lagoon? Would it make a good movie plot or spinoff of Spongebob Squarepants? 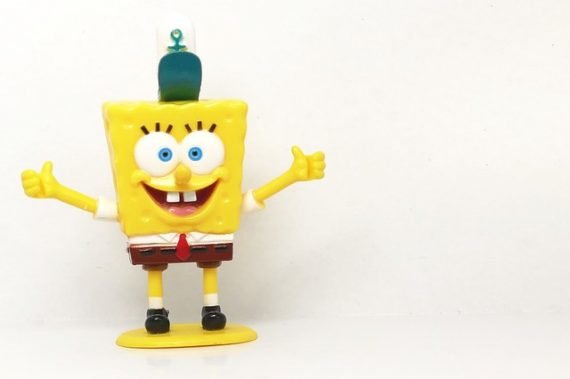 A video of the man holding the humanoid sponge (seen here) was uploaded by Hidden Underbelly 2.0 and has no pertinent details (location, eyewitness testimony, DNA analysis, grieving sponge relatives, etc.) whatsoever. The man doesn’t appear to be afraid, which suggests he either knows what the spongeblob is made of (super goo from Goo Lagoon?) or perhaps is in on a hoax. The host of Hidden Underbelly 2.0 makes the totally unsubstantiated speculation that the blob is a “new species of sea life or an mutated starfish” but claims then to have done the right thing and sent the video to “my dear friend Dr. Karl Shuker,” a real zoologist and cryptozoologist who is also the editor-in-chief of the Journal of Cryptozoology. In an update comment to the video, Dr. Shuker’s response is posted:

“Dr.Karl Shuker has viewed this footage and his expert opinion is as follows '' Quite possibly a mass of sponge, which the man holding it may have modified in shape so as to look vaguely humanoid.”

“A mass of sponge” would be a great name for a band and something you might expect to find on a beach, but not in a human or humanoid form. Also, the so-called mass of sponge appears to be moving. While it could be that the man is manipulating it, the spongy blob could also be light enough to have its legs flapping in the breeze. Could it have been in the process of transforming into something else? 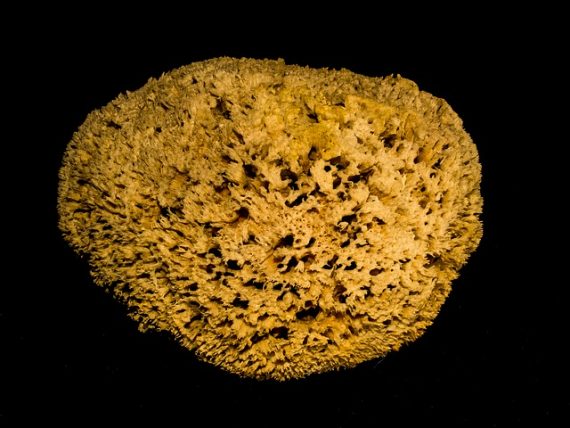 Before Spongebob popularized them and before their janitorial skills trivialized them, sponges were recognized by science as the first branch off of the evolutionary tree, possibly because they have cells that can transform into other types of cells. They have managed to survive without any defense mechanisms and, being the first living water filters, are Earth’s original canary-in-the-coal-mine for pollution or other threats.

Which brings us back to the man and the unidentified humanoid sponge. No matter what it might be, which one is the biggest danger to the other?