The Angry Red Planet: Mars at the Movies

For decades, Hollywood filmmakers have been romantically drawn to the mysteries of Mars, compelled to explore the majestic sweep of its rust-hued surface and to unearth its ancient subterranean secrets. Hollywood’s love for Mars, though, is unrequited. Indeed, it seems that the potential inhabitants of the planet (be they microbes or, as has been suggested by remote viewers, technologically advanced underground base-dwelling humanoids) are aggressively anti-Hollywood and have actively been working their malicious mojo against Tinseltown’s Mars movies. 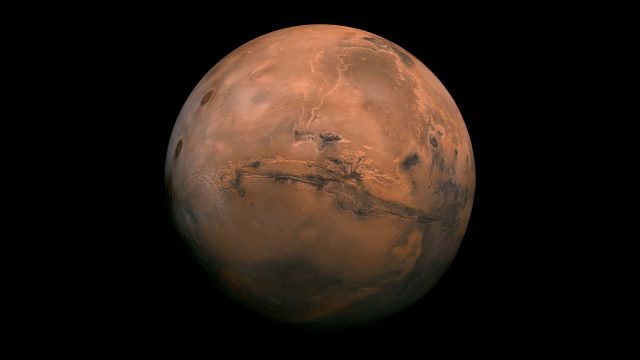 Okay, you’re probably thinking now about Matt Damon… yes, his 2015 collaboration with Ridley Scott, The Martian, was a hit, critically and commercially. Or perhaps you’re thinking of Jake Gyllenhaal, who co-starred in the 2017 sci-fi thriller Life, which used the Red Planet as a narrative springboard to moderate financial success. But these are anomalies. Historically, Hollywood’s Mars movies have bombed at the box-office.

During the Cold War, the only Mars movie that could claim any measure of success was War of the Worlds (1953). Other productions of the era fell afoul of the curse. Movies such as Rocketship XM (1950), Flight to Mars (1951), Red Planet Mars (1952), Invaders from Mars (1953),The Angry Red Planet (1959) and The Day Mars Invaded Earth (1963) received, at best, mixed reviews from critics and generated little or no profit. But the Mars movie-bomb conveyor belt was only just slipping into gear. Here's a quick chronological glance at some of Hollywood’s most memorably disastrous visits to our planetary neighbor: 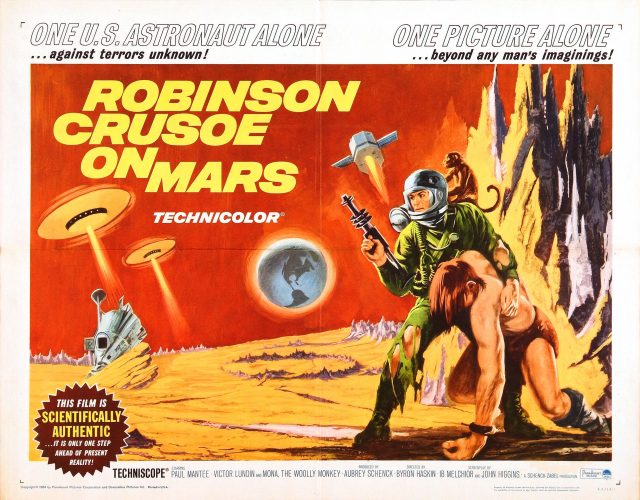 Robinson Crusoe on Mars (1964): Despite its silly title, this movie is a surprisingly sober and dramatically engaging affair. It was also billed as being “scientifically accurate” based on technical advice that the production received from NASA (though actually it’s about as scientifically accurate as the Transformers franchise). There were high hopes for the movie, and a sequel—Robinson Crusoe in the Invisible Galaxy—was planned but quickly scrapped after the first movie took a nose dive at the box-office.

Santa Claus Conquers the Martians (1964): The title says it all. It is currently ranked number 90 in the IMDB’s bottom 100 movies of all time.

Mars Attacks! (1996): Inspired by the cult trading card series of the same name, Tim Burton’s manic B-movie parody—described by the director as “kind of a Mad magazine version of Independence Day”—had a production budget of $80 million, on top of which Warner Bros. forked out $220 million on marketing. The movie grossed just over 100 million worldwide and introduced Burton to the notion of box-office failure (something he has rarely experienced since).

My Favorite Martian (1999): a big screen version of the popular 1960s sitcom of the same name in which a Martian crash-lands on Earth and disguises himself in human form. This Disney flick grossed just $37 million against a budget of $65 million and was slammed by critics. It has a great opening scene though (see video below).

Mission to Mars (2000): When the first manned mission to Mars meets with disaster in the year 2020, the ensuing rescue mission learns that humans are descended from an ancient and long-since-departed race of Martians. Disney (again) and director Brian De Palma had high hopes for this $100 million epic, but the best it could do at the worldwide box-office was to recoup its productions costs plus a paltry $11 million.

Red Planet (2000): Released in the same year as Mission to Mars, Warner Bros.’ bid to lift the Martian Curse fared no better than Disney’s. The story follows a team of astronauts who travel to Mars in search of solutions to Earth’s environmental degradation and eventually come up against some nasty Martian insect thingies. Other stuff happens too, but none of it good. It cost $80 million to produce and grossed just $33 million worldwide, making it one of the world’s biggest ever box-office bombs.

Ghosts of Mars (2001): In which human colonists on the Red Planet become possessed by angry Martian spectres. Another big rusty nail in the coffin of John Carpenter’s career, the movie had a $28 million budget and grossed just $14 million worldwide. Scathing critics’ reviews didn’t help.

Mars Needs Moms (2011): undeterred by the back-to-back failures of My Favorite Martian (1999) and Mission to Mars (2000), Disney chose to return to the Red Planet with this family-friendly offering about emotionally stunted Martians who abduct Earth moms in order to extract their maternal instincts for the benefit of their own babies. The moms’ natural know-how is then uploaded into thousands of automated robots which are tasked with nurturing the Martian young. It’s as weird as it sounds, but actually not half bad—the visuals, at least, are jaw-dropping. Disney poured a staggering $175 million into the movie, of which it lost $136 million (ouch!). It is one of the biggest box-office bomb of all time. 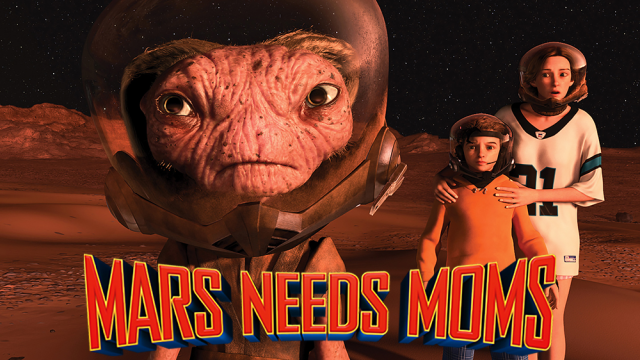 John Carter (2012): A lavish, big-screen adaptation of Edgar Rice Burroughs’ Barsoom series of science fiction adventure novels. John Carter chronicles the exploits of the eponymous hero, a 19th Century American Civil War veteran who, upon being mysteriously transported to Mars, discovers it to be a thriving and diverse world populated by 9 ft tall, green, four-armed warriors called Tharks, as well as more human-looking red Martians. Disney (yet again) invested almost $300 million in the movie, placing great faith in its director Andrew Stanton (Finding Nemo, Wall-E), as well as its much-loved source material, and hopes were high for a franchise. Not to be. It tanked hard, failing even to recoup its production budget.

Last Days on Mars (2013): On the first human mission to Mars, a crew member discovers fossil evidence of bacterial life. When contact is lost with him, the rest of the crew investigates and learns that there is still life on the planet. The movie was savaged by the critics and went on to become one of the biggest flops in cinematic history. Budget: $10,600,000. Worldwide Box Office: $261,364 (yes, you read that correctly).

The Space Between Us (2017): Starring Gary Oldman, Asa Butterfield and Carla Gugino, the movie follows the first human born on Mars as he travels to Earth for the first time, experiencing the wonders of the planet through fresh eyes. Yet another bomb, it failed to recoup even half of its $30 million production budget.

Considering the high failure rate of Hollywood’s Mars missions, it’s a wonder that filmmakers continue to gamble on the Red Planet at all, and yet, they do. According to The Hollywood Reporter, John Krasinski (A Quiet Place) is set to produce Life on Mars. The project will adapt a short story by Cecil Castellucci titled We Have Always Lived on Mars that centers on a woman who is among a handful of descendants of a Martian colony long-abandoned by Earth following a cataclysm. The woman one day finds she can breathe the air on Mars, upending her world and that of her fellow colonists.

Will John Krasinski succeed in lifting the Martian Curse, or, like so many other filmmakers before him, will he end up biting red dust? Watch this space… (pun intended).