The JFK Assassination: How Many Gunmen?

In 1978, fourteen years after the Warren Commission laid all the blame firmly on the shoulders of Oswald, the United States House Select Committee on Assassinations came to a different conclusion. The lone gunman, said the committee, was not such a lone gunman, after all. President Kennedy’s death was the result of nothing less than a full-on conspiracy. The HSCA agreed with the Warren Commission that Kennedy was killed by Oswald and by no-one else. The committee went one step further, however, by concluding that Oswald was not the only gunman prowling around Dallas on that deadly day.

Forensic analysis suggested to the HSCA’s investigators that four shots rang out, not the three that the Warren Commission attributed to Oswald. That’s to say there was another gunman – or even several “Oswalds.” In the minds of the HSCA’s staff, this mysterious second character completely missed his target. Nevertheless, a pair of shooters meant a conspiracy was at the heart of the JFK assassination. In other words: take that, Warren Commission. 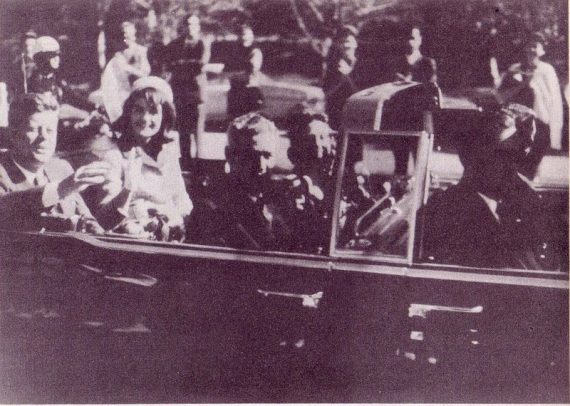 As the U.S. Government’s National Archives note: "The House Select Committee on Assassinations was established in September 1976 by House Resolution 1540, 94th Congress, 2d Session. The resolution authorized a 12-member select committee to conduct a full and complete investigation of the circumstances surrounding the deaths of President John F. Kennedy and Dr. Martin Luther King, Jr. The committee was constituted for the four remaining months of the 94th Congress, and it was mandated to report the results of its investigation to the House of Representatives as soon as practicable.

"House Resolution 1540 had been introduced a year prior to its passage. It was a refinement of several similar resolutions sponsored by some 135 Members of the 94th Congress. Substantial impetus for the creation of a select committee to investigate these assassinations was derived from revelations in the report of the Senate Select Committee to Study Governmental Operations with Respect to Intelligence Activities, dated April 1976 and released in June 1976. The Senate select committee reported that the Central Intelligence Agency had withheld from the Warren Commission, during its investigation of the assassination of President Kennedy, information about plots by the Government of the United States against Fidel Castro of Cuba; and that the Federal Bureau of Investigation had conducted a counter-intelligence program (COINTELPRO) against Dr. King and the Southern Christian Leadership Conference. The House Select Committee on Assassinations created by House Resolution 1540 officially expired as the 94th Congress ended its term on January 3, 1977."

The HSCA said of the Warren Commission’s findings: "The President's Commission on the Assassination of President Kennedy (Warren Commission) concluded that President Kennedy was struck by two bullets that were fired from above and behind him. (1) According to the Commission, one bullet hit the President near the base of the back of the neck, slightly to the right of the spine, and exited from the front of the neck. The other entered the right rear of the President's head and exited from the right side of the head, causing a large wound. (2). The Commission based its findings primarily upon the testimony of the doctors who had treated the President at Parkland Memorial Hospital in Dallas and the doctors who performed the autopsy on the President at the Naval Medical Center in Bethesda, Md.

"(3) In forming this conclusion, neither the members of the Warren Commission, nor its staff, nor the doctors who had performed the autopsy, took advantage of the X-rays and photographs of the President that were taken during the course of the autopsy. (4) The reason for the failure of the Warren Commission to examine these primary materials is that there was a commitment to make public all evidence examined by the Commission. (5) The Commission was concerned that publication of the autopsy X-rays and photographs would be an invasion of the privacy of the Kennedy family. (6) The Commission's decision to rely solely on the testimony of the doctors precluded the possibility that the Commission might make use of a review of the autopsy evidence by independent medical experts to determine if they concurred with the findings of the doctors at Parkland and Bethesda.

"A determination of the number and location of the President's wounds was critical to resolving the question of whether there was more than one assassin. The secrecy that surrounded the autopsy proceedings, therefore, has led to considerable skepticism toward the Commission's findings. Concern has been expressed that authorities were less than candid, since the Navy doctor in charge of the autopsy conducted at Bethesda Naval Hospital destroyed his notes, and the Warren Commission decided to forego an opportunity to view the X-rays and photographs or to permit anyone else to inspect them."

The HSCA added: "The skepticism has been reinforced by a film taken of the Presidential motorcade at the moment of the assassination by an amateur movie photographer, Abraham Zapruder. In the Zapruder film, the President's head is apparently thrown backward as the front right side of the skull appears to explode, suggesting to critics of the Warren Commission's findings that the President was struck by a bullet that entered the front of the head. (7) Such a bullet, it has been argued, was fired by a gunman positioned on the grassy knoll, a park-like area to the right and to the front of where the moving limousine was located at the instant of the fatal shot."

In the “Findings” section of the report, the HSCA staff concluded the following: "…the committee turned to science as a major source of evidence for its conclusion that Lee Harvey Oswald fired three shots from the Texas School Book Depository, two of which hit President Kennedy. The evidence that was most relied upon was developed by committee panels specializing in the fields of forensic pathology, ballistics, neutron activation, analysis, handwriting identification, photography and acoustics. Of these, acoustics - a science that involves analysis of the nature and origin of sound impulses - indicated that the shots from the book depository were not the only ones fired at President Kennedy [italics mine].

Scientists Say Blood Stains on Shroud of Turin are Fake