The Legends of the Coyote – and the Chupacabra

Coyote is one of the most mysterious and magical creatures within the mythology of Native Americans, and is noted for its shapeshifting abilities. Before we get to that issue, however, a bit of background information on the animal is first required. Coyotes are of the dog family and are formidable and deadly hunters. While they typically go for small prey, like rabbits and squirrels, they have been known to take on fully-grown deer and even cattle. They are noted for their swimming skills and for the fact that they can run at high speeds. That all said, there is another side to the coyote, one which revolves around shapeshifting.

Perceived almost unanimously by Native Americans as a trickster-like animal, coyote is said to have the ability to control the weather, specifically rain and storms. And, like so many other trickster entities – such as fairies and goblins - coyote can be friendly, playful, and helpful. But, and also like all tricksters, coyote has a dark side: it can be manipulative, deceitful, and even deadly, and as the mood takes it.

As for what Native American lore says of the shapeshifting abilities of coyote, we are told that the animal can take on human form – usually in the guise of a man with a large mustache. Coyotes are said to be able to transform into the forms of birds, fish and cats. Also according to Native American mythology, witches and those familiar with magical rituals can transform themselves into coyotes. Thus, a coyote seen running wildly late at night may well be a shapeshifting witch or wizard, embarking on some dark and disturbing mission.

And we are far from being done with the coyote and its skills as a shapeshifter. There is a longstanding tradition among Native Americans that coyote will stalk hunters in the woods and on the plains. Then, when it closes in on its victim, coyote will supernaturally shed its coat, which it quickly throws over its quarry. It is this action that allows coyote to shapeshift into the exact appearance of its victim. Typically, legend suggests, this is done to allow the animal to have sex with the wife of the victim – coyotes, in folklore, having a particular liking for women. 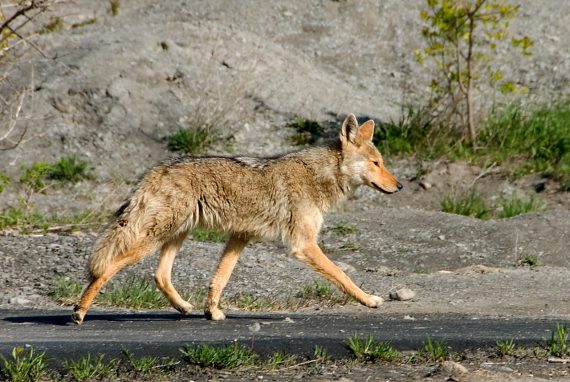 While many people might relegate such accounts to the domain of legend, the matter of shapeshifting and coyotes continues in the world of today. It is an issue that brings us back to the mystery of the Chupacabra. It was in 1995 that the phenomenon of the Chupacabra exploded across Puerto Rico. In the early 2000s, however, reports began to surface suggesting that the Chupacabra had somehow made its way to the United States – and specifically to the Lone Star State.

In south Texas, in 2003 and 2004, ranchers reported seeing strange, hairless creatures on their properties that attacked and killed their animals, such as chickens and goats. That all of this paralleled what was afoot on Puerto Rico inevitably provoked claims that hordes of Chupacabras were on the loose – and possibly all across Texas. Whereas the Puerto Rican original was described as bipedal, glowing-eyed, and winged, the monster of the Lone Star State looked like a large, hairless coyote. Which, is exactly what it was – and still is.

Unlike the situation in Puerto Rico, where a specimen has never been caught or killed, in Texas it did not take long at all before a couple of the beasts were shot by irate farmers and hit by cars. A careful study of the dead animals conclusively proved they were coyotes. But, they were not normal coyotes: they had certain genetic mutations – which brings us back to the matter of shapeshifting.

In the old Native American tales, the coyote could transform itself into numerous different creatures, even that of a person. What we saw in the 2000s, however, eerily paralleled the ancient legends, but in upgraded, 21th century fashion. What was thought to be severe cases of mange on the dead coyotes was nothing of the sort: the animals in question appeared to be mutating into a completely hairless offshoot of the regular south Texas coyote population. They had developed large overbites, and their front limbs were abnormally short; something which led them to run in an odd, hopping fashion. And, there was the presence of curious pouches growing out of the upper parts of their hind legs. Strangest of all, several witnesses claimed to have seen the animals rise up onto their back legs and hold the position for several minutes, as they scanned the landscape. 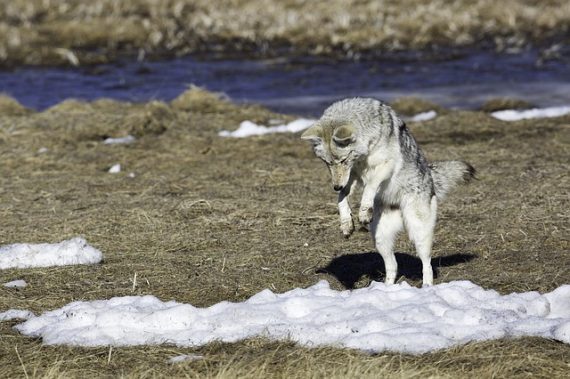 The Texas chupacabra – which was actually something arguably even stranger – was born. And yet another layer of legend was added to the mythology surrounding the coyote and its shapeshifting skills. Ken Gerhard, a noted cryptozoologist and monster-hunter, suspects that the strange transformation of the Texan coyote is due to mutagens – which can affect animals at a DNA level – and almost certainly sulfur-dioxide, which is a by-product of coal-burning power plants. Notably, Ken has discovered that many sightings of these transformed coyotes have been made in the direct vicinity of Texas-based plants – something which leads him to strongly suggest this is the answer to the riddle.

So, we have a shape-changing coyote in centuries-old Native American tales, and we have a changing thing in 21st century Texas. From the world of the supernatural to that of science and environmental pollution, the coyote continues to shapeshift, but in very different ways.