The Strange Saga of “Stig of the Dump”

As the BBC noted last week: "The author of children's classic Stig of the Dump, Clive King, has died aged 94. Stig of the Dump has never been out of print and has sold more than 2 million copies since it was published in 1963. King's book, Hamid of Aleppo, was published in 1958. Other books included The Twenty-Two Letters, The Town that Went South and Snakes and Snakes. He died in Norfolk on 10 July and is survived by his widow Penny and three children. Stig of the Dump, about a boy who discovers a cave-boy living at the bottom of a chalk pit, captured children's imaginations from the moment it was published. It drew on Clive King's own adventures growing up with his three brothers in Kent. It has been adapted for TV three times, in 1981 and in 2002 and 2013." 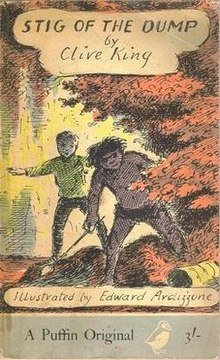 I read the book as a kid and enjoyed it very much (after all these years, I may have to finally read it again after writing this...). Good mate, cryptozoologist and author, Neil Arnold, is a fan of the book, too. Not only that, Neil has noted a few curious things about the story - things which spill over into the real world. Sometime ago, Neil very generously gave me permission to use his findings and words on this matter. And here they are:

Neil begins as follows: "When I were a lad, I watched and collected some of the weirdest examples of children’s television; from eerie documentaries, to low-budget dramas, from supernatural series to psychedelic cartoons. One of the most intriguing and certainly most influential things I watched was Stig of the Dump, adapted from the Clive King classic novel which was originally published in the ‘60s."

Neil adds: "For those of you who are not familiar with this delightful tale, it concerns a young boy named Barney who, whilst staying with his nan, somewhere in Kent, discovers an old chalk quarry which just happens to be inhabited by a Neanderthal-type humanoid who Barney calls Stig. When we are first introduced to Stig, one could almost visualize a completely hair covered humanoid, something akin to a small Sasquatch.

"Despite being a huge fan of both series and book, I never realized that such a work may well have been based on an area close to my heart, and my house – Blue Bell Hill in Kent. In the book there is mention of Sevenoaks, but only recently I re-read the book and to my amazement found some odd cases of synchronicity which often pepper local folklore."

Now, things start to get a bit weird. Maybe even very weird, as Neil's words make very clear: "Over the course of the fascinating book Barney and Stig become great friends, but like so many great kids’ programs and books of that era, from the ‘60s to the ‘80s, we are often left to wonder as to whether Stig was a real creature or all part of Barney’s strange imagination. Either way, upon re-reading the book, I was amazed at how the author had mentioned several ‘fictional’ items which I would eventually uncover as fact many decades later."

Neil explains what he means by this. He notes that: "...we are introduced to the ‘Standing Stones’ in Chapter Nine [of King’s novel], which could be a reference to Kit’s Coty House, a set of Neolithic stones said to be older than Stonehenge, which jut from a field at Blue Bell Hill. These stones have a lot of folklore attached to them. Some suggest that the stones are used as a calendar, or could be a mark of where a great and bloody battle once took place. Others believe the stones to have once been used for sacrificial means, and there are those who opt for the more fanciful rumor that they were constructed by witches on a dark and stormy night.

"When we are first introduced to Stig, Barney, with a bump on the head along the way, falls into a steep chalk quarry (there are such quarries at the base of Blue Bell Hill) and accidentally stumbles upon the den of the creature called Stig. Oddly, for almost a century there have been reports from the quarries around Blue Bell Hill of a 'Wildman' of sorts."

Indeed, Neil has personally investigated a number of these undeniably bizarre and controversial cases: "A woman many years ago, growing up in the neighboring village of Wouldham often spoke about how in the 1960s her grandmother would tell her bedtime stories of the local 'hairy man' seen near the standing stones. The woman mentioned that her grandmother had grown up with these stories and had seen the man-beast herself. In the 1970s a woman named Maureen saw a hair-covered, hulking great creature with glowing eyes one night whilst tending to a campfire with her boyfriend."

Heading on to the early 1990s, Neil says that: "...a similar beast was seen at Burham, a neighboring village of Blue Bell Hill, by several men on their way to the pub. The men were all members of the Territorial Army and not prone to flights of fancy, but they were all spooked by the massive humanoid which appeared near the chalk quarry. In 2008 a man-beast was seen by a female motorist in Kent. She was so terrified by the creature she almost crashed her vehicle."

Moving away from wild men, Neil has some intriguing things to say about Stig of the Dump and what have become known in the field of Cryptozoology as Alien Big Cats, or ABCs. On this particular matter, Neil provides these words: "Stig of the Dump also makes a couple of references to leopards, and in particular one specimen which Stig captures and skins in the local quarry. Barney finds the skin of the exotic cat in Stig’s den and one begins to wonder whether Barney has stepped into some ancient period or Stig has killed an animal that has escaped from a private collection."

Addressing the fictional Alien Big Cats of Stig of the Dump to those of the real world, Neil shares his findings on this matter: “Interestingly there are several reports of large cats on the loose around Blue Bell Hill dating back to the 1500s. I saw a black leopard three times (twice in 2000 and once in 2008) near Blue Bell Hill, but interestingly the area where Stig would have killed his prey is the same area which once housed a local zoo. During the early part of the 1900s several children playing on the Downs reported seeing a black leopard. Some people believe it escaped from the zoo, then owned by Sir Tyrwhitt-Drake, although this was never proven. The children reported that the authorities came out, flushed the animal from the undergrowth and shot it dead. 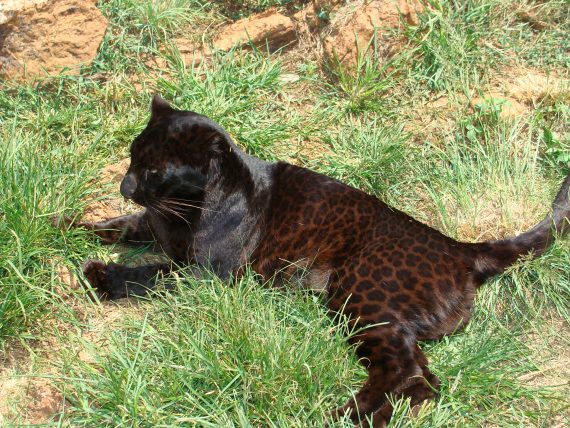 "During the 1700s, a large animal was said to have killed a rambler on the Pilgrim’s Way, an ancient track-way which runs through Blue Bell Hill. The ‘beast’ was also recorded by a local Reverend as being the size of a calf. Some believe the animal was a hellhound but I’m of the belief it was a large cat, misunderstood at the time and confined to superstition."

Neil concludes: "A number of children’s programs and books a few decades ago always hinted at some bizarre, psychedelic landscape of imagination, dream and eerie drama. I just wonder if Clive King knew of such local folklore and built the story around it, or by accident manifested some of the forms which have become embedded into local lore. Either way, Stig… is a magical story and a great place to start for any would-be adventurer and explorer, like I was all those years ago."

Mysterious Forest Fires and the Paranormal