The Strange Tale of The Carnivorous Pink Mist

Fog and mists have always had a strange allure for us. They invoke a certain sense of eerie beauty yet at the same time a feeling of dread scratching at the back of our mind. There has always been an irrational sense lurking somewhere within us that to enter a bank of sudden fog might mean to never come back out, that something malevolent and unknowable prowls within, and it is this that has caused mists and fog to become steady features upon the landscape of both horror stories and sinister legends. Although the innate creeping fear we may feel towards such fogs is largely unfounded and merely a vestige of some primordial irrational fear, there seem to be some cases in which the danger posed by mist is by all accounts real, and one of these is a supposed supernatural bank of fog that eats people alive.

The location of this very strange series of events is the woods lining the the Tomoka River west of Daytona, Florida. Beginning in the year 1955, fishermen and hunters in the area began to report seeing a strange, thick bank of pinkish mist that would form low to the ground out of nowhere and seemingly move about on its own accord, regardless of wind direction. Although this is perhaps spooky enough already, this cloud is said to have had some sort of corrosive property, supposedly stripping dead animals and even humans of their flesh to leave only bleached bones behind. It is even said that it is not only dead carcasses that were the victims of this ominous cloud, but that it also took living prey as well.

Indeed, the cloud over the years has apparently been blamed for around a dozen mysterious disappearances in the area, as well as the discovery of unidentified human bones, and it is said that this ominous pink mist is almost like some voracious carnivore oozing across the landscape to devour all it comes into contact with. Some of the carcasses and remains found have rather gruesomely been described as appearing to have been melted or half-digested, and there have even supposedly been reports of the predatory fog in action, with animals, birds, or insects that come into contact with the mist said to drop dead and be ensconced by its wispy tendrils. The mist was also said to strip trees of their bark or dissolve brush, leaving swaths of dead land in its wake.

Such sightings and strangeness continued up until 1965 or 66, and there have been many legends as to what the bizarre cloud could have been. One popular theory is that it has something to do with a local Native named Chief Tomkie, who is said to have once been cursed for stealing a golden cup and drinking from some mysterious fountain of youth without permission. For his transgressions the chief was hunted down and killed by other tribes, and his golden cup taken back. It is the spirit of Chief Tomkie that is said to prowl the land intertwined with the mist, although what connection any of this has is up for debate. Other ideas are that this is just folklore based on the odd color of light hitting the frequent fogs of the area, that it is swamp gas, or even that it is some sort of toxic cloud of lethal fumes formed by chemicals from industrial plants. 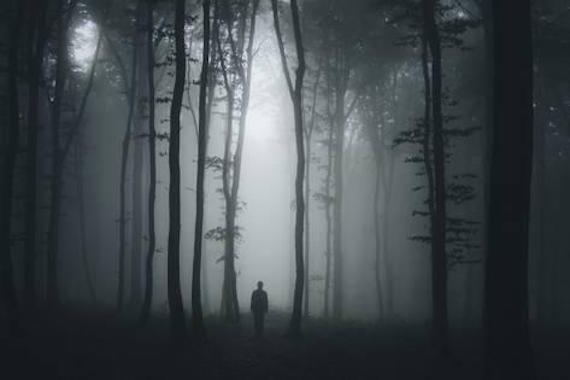 On the site Weird US there were several commentaries made by readers familiar with the area, one of them by a person called “welder2,” who said:

They called it the cannibal cloud when I was in school and it was supposed to be pink and would eat the meat off anybody that came in contact with it. It wasn’t swamp gas; it was more like a fog that really didn’t cover but a small area in a low spot. If you go into the woods called the Tiger Bay preserve right near the Tomoka River you might be able to see it. I don’t think you can see it all the time, just certain times of the year when we get a lot of fog. I don’t think there is anything to the cannibal stuff or people disappearing, I think it is just fog that reflects a pinkish color in that area. Most of these newcomers who have moved in don’t know anything about it; you have to talk with people who were around in the sixties to hear about it.

Another commenter called "NSB" said of the carnivorous cloud:

There’s a lawyer I know that could fill you in more on the Pink Cloud. What it was nobody knows, except it was like a thick pink fog that covered a wide area of the Tomoka forest. Now there are claims that many people vanished in that area and only their bones were found. The pink cloud was blamed for the disappearances and people said it would actually eat the flesh off your bones. 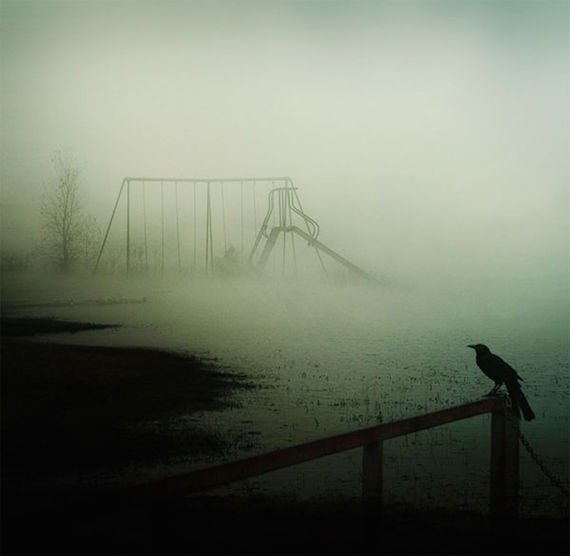 Curiously, there is another unexplained phenomenon from the same area that may be connected, and this is the history of strange spook lights haunting the area of the Tomoka River at around the same time. For years there were stories of anomalous lights flitting about the same woods that the mist is said to inhabit, and this light would often follow people about or even chase vehicles before vanishing into thin air. These lights are said to have been seen by numerous people over the years, who were more often than not left perplexed as to what they have just witnessed. Suzanne Heddy, executive director of the Ormond Beach Historical Society, had her own run in, with the mysterious lights on many occasions, of which she would say:

The first time I saw them, as the car approached they separated in two and went around the car and reformed behind the car. The second time I saw them, they formed in front of the car and went over the car together. There was a lot of speculation as to what it was. Nobody ever really knew what it was. Of course the most obvious answer was aliens but other people discounted it as swamp gas but I find that hard to believe because they weren’t reflective lights.

In some versions of the reports, these mystery lights themselves were carnivorous and lethal, with the Assistant Manager of Tomoka State Park Joe Isaacs remaining skeptical but saying of these darker accounts:

There are a whole bunch of versions about the lights. There’s one person that says if the lights make contact with you, it would eat your flesh. It’s a little gory. Locals say that a young couple that were parked on the side of the road were involved in an accident and died and they are a part of the haunting now. I don’t want to be a naysayer but I’ve lived here in the park for 30 years and I’ve never seen them. I think every town in the world probably has a legend like this.

Whether these lights and the mysterious ravenous pink mist are linked or not is unclear, but what is known is that both phenomena seem to have ended at around the same time in the mid-1960s, leaving us to wonder just where these tales originate. Were these due to some sort of ancient Indian curse on the land? Is it ghosts, aliens, or other supernatural beings? Is there a chance that this really is just an optical illusion melded together with superstition and spooky folklore? If so, then why should it just begin in 1955 and then end approximately a decade later? There are no clear answers, but whatever the "carnivorous pink mist" or these mystery lights were, they remain a creepy bit of legend from this rural area that has never been truly solved, and perhaps give us a reason to fear the fog after all.